Trending
You are at:Home»People»The Exquisite Corpse of hitchBOT

Philadelphia pranksters offer video proof that they didn’t destroy the robotic project, while other makers still want to rebuild it. Why a robot continues to fascinate in death.

This just in: hitchBOT is still offline.

Although the curious and confusing circumstances of its destruction in Philadelphia remain a mystery, the story of the social robotics project has blown up into global news.

On Wednesday, director Kevin Smith posted a photograph that appeared to show him standing with a headless hitchBOT in the trunk of a car, and YouTube pranksters Jesse Wellens and Ed Bassmaster, the last two people to interact with the robot before it went offline, released a behind-the-scenes video in which they claim to have faked its destruction.

“We don’t know who did it…so we’re going to make our own surveillance footage right now,” Wellens says in the video. “We’re going to trick it onto the news.”

In the video description, Wellens said the footage demonstrates “indeed, it was just a joke and that ‘Teste’ was not the killer, nor was the robot even real.” Wellens said he’s reached out to hitchBOT creator David Harris Smith to show that “Philadelphians are not all bad people,” and asks that his fans follow and support hitchBOT on social media. 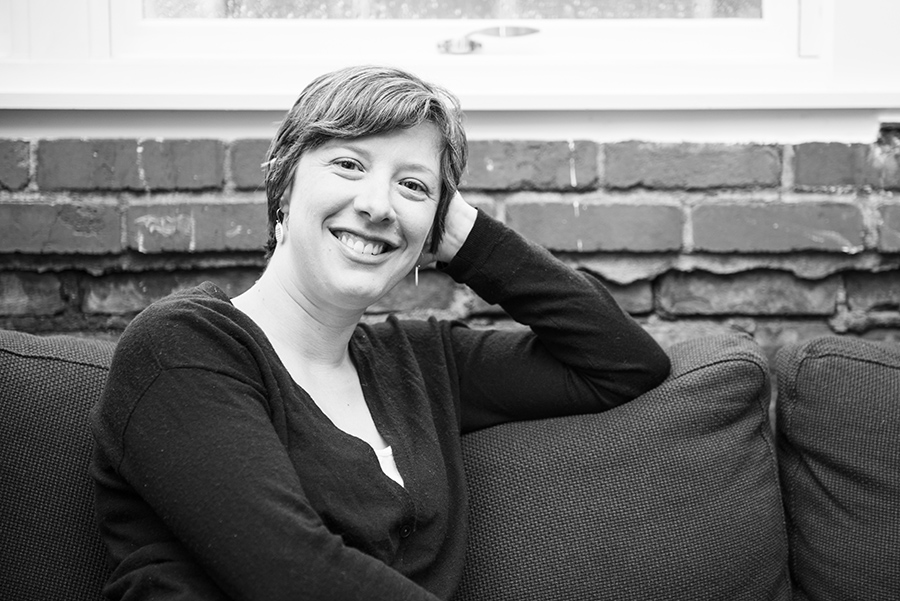 Philadelphia tech enthusiasts remain undeterred, however, in their efforts to provide a different response to the act.

Georgia Guthrie, who directs the Philadelphia makerspace The Hacktory, said she’s proceeding with a Thursday night “mini-hackathon” for area hitchBOT fans who want to form some kind of response to the destruction of the robot.

Its creators have posted the hitchBOT code online, and “we’re just going to see how far we can get,” she said.

“If we can make a bot and show something similar, maybe we’ll send it on the road again,” Guthrie said, admitting that the effort is more of a social response “to have some fun and show that Philly isn’t all bad.”

Much like the original purpose of hitchBOT, which was open-ended and vaguely intentioned, Guthrie isn’t really sure to what the hackathon could lead. Philadelphia Mayor Michael Nutter Mayor suggested that the group could fashion some sort of homage to the Six Million Dollar Man in its resurrection.

“We’re trying to roll with it and see what happens,” she said. “We’re going to have a bunch of parts there, but we also want to think of creative responses,” Guthrie said.

Guthrie said that she has also contacted the hitchBOT team, and that if nothing else, the sympathetic response from people willing to help get the project back online is what matters.

“They said they are taking the parts back to Canada, but they may send it to Philly again in 2016, and they would like to have it go on a tour of schools,” Guthrie said. “We have so much momentum, so we’re just going to go with that.

Like Wellens, Guthrie believes that the elevated profile of the story has necessitated a response that doesn’t tar Philadelphians as vandals. She also believes that the only reason so many people seem to be interested in the story is “because it fits in with the narrative of what’s already out there about Philly.” Her response or Wellens’ may be equally meaningful to hitchBOT researchers who now clearly have entered the larger sphere of social reaction.

“The Internet does weird things, as far as I can tell,” Guthrie said. “It’s up to us to determine how the experiment ends, at least the Philly part.

“If there’s any place where something weird and fun could happen, it’s a makerspace,” she said. 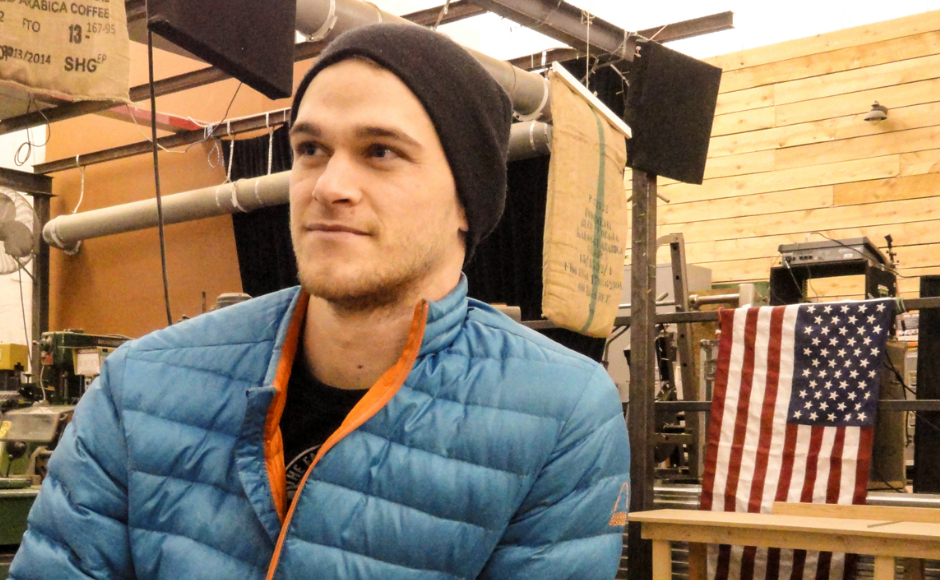 ‘Something happened, that’s all’

And if there’s anyone who should have an empathetic response to the hitchBOT experiment, it should be Haddon Township resident Tom Turcich, who, like the fabricated robot, is traveling around the world, albeit on foot.

But Turcich likened its destruction to a minor act of vandalism.

“The crime is akin to graffiti, and I like a lot of graffiti,” he said.

“It’s a single act to an inanimate object on a city street at night. Is there anything new to learn from that? Bad things happen sometimes. Any broad strokes being made about Philadelphia’s hospitality due to hitchBOT’s demise are short-sighted.”

In walking from New Jersey to Louisiana, where his journey has currently taken him, “99 percent of people are good,” at least to humans, Turcich said.

“I’ve been given money, offered rides, invited into people’s homes,” he said. “When you’re a conscious being, you can usually see the bad coming and do something to avoid it—something hitchBOT is incapable of.”

Turcich also takes a dim view of the viral nature of the story, saying that what happened to hitchBOT “could be looked at in a thousand different lights.

“It doesn’t say a thing,” he said. “Something happened, that’s all.

“Now if we released a thousand hitchBOTs, and they all had their trips stopped in Philadelphia, then that’d say something.” 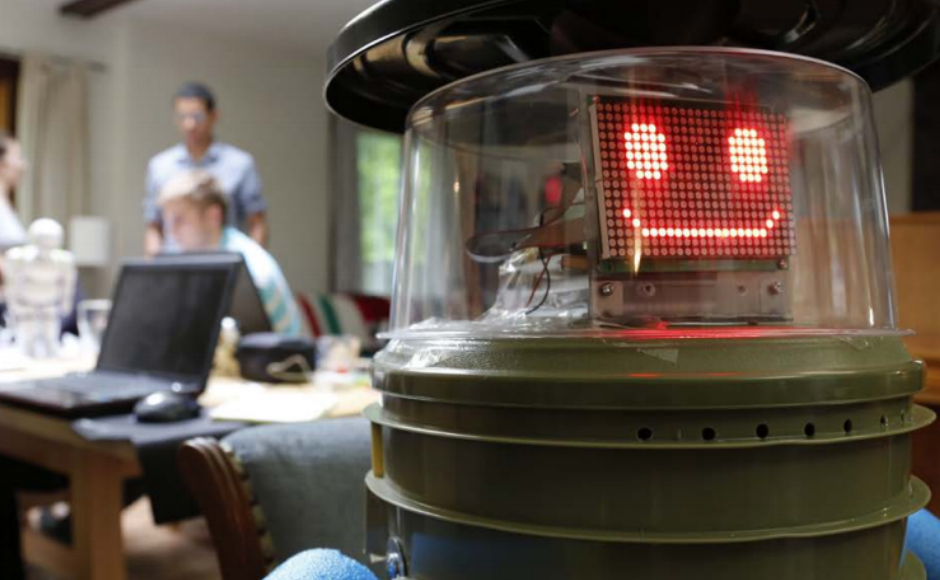 As the meaning and memory of hitchBOT persists in various and strange ways, its physical remains–and least expensive components–are being sent back to Canada, said Project Manager Brigitte Dreger.

Its head and electronics have not been recovered, Dreger said; in a statement published Wednesday, the team “is currently considering a lot of options” for its future.

With multiple offers to rebuild or replace the hitchBOT chassis, which as Wellens and Bassmaster demonstrated, was so easy to fabricate, it would seem the only question remaining is what actually constitutes hitchBOT at this point.

“hitchBOT continues to draw interest from around the world, even though its physical form has been compromised,” Dreger said. “It can certainly be rebuilt, and we’ve seen offers from our friends around the world to do just that.”

At this point, however, the only form in which the hitchBOT project will live on is “through the memories of its friends and fans,” she said.

“Everything that’s occurred since hitchBOT was destroyed is another layer to this experiment in social robotics,” Dreger said. “Its audience has attributed real emotions and characteristics to our hitchhiking robot…people connected with it in a way that was quite personal.”

While acknowledging that the destruction of hitchBOT certainly magnified interest in the story, Dreger said researchers “are rather concerned” that some of the pictures of its destruction “might have affected” its fans.

In response, she said, the website launched a guestbook intended to “help to keep the good impressions and experiences alive.

“We want to express our gratitude to all of our friends and fans around the world that have reached out to us with condolences, support, and offers to help,” Dreger said.

“They have once again confirmed for us the true value and goals of this project, and shown the goodwill, empathy, and cooperation of humans everywhere.”

Click here for Part I of our hitchBOT coverage.