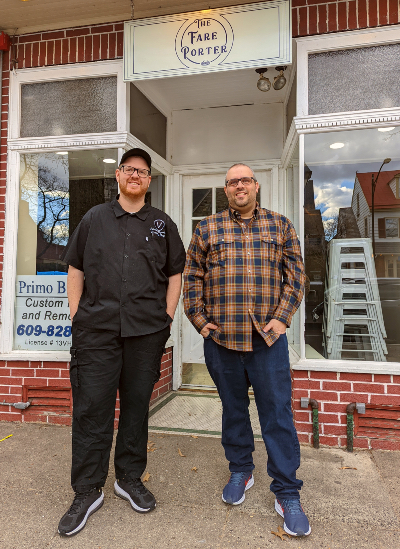 Just a few short weeks out from opening the doors of The Fare Porter, his gourmet hamburger concept, in downtown Haddonfield, restaurateur Marcello De Feo is able to breathe a sigh of relief for the first time in months.

“As a resident, [a hamburger bar] is something that I felt that this town has needed for a long time.

“Making this leap of opening a second restaurant is much easier and much more comfortable than I ever thought it would be because of Johnnie and everything he’s been able to do,” he said.

For Reynolds, a soft-spoken, talented chef whose veterancy extends from fine dining environments in Philadelphia to steakhouses in Los Angeles, it’s a chance to communicate his perspectives as a chef through a familiar medium.

“Everybody has an idea of what a burger should be,” Reynolds said. “We’re showing them something they haven’t had before but are familiar with.

“When you take something inexpensive and make it taste better than a filet mignon, that’s cooking,” he said.

Reynolds hopes his recipes will straddle the familiar and the adventurous, inviting guests to enjoy a traditional product prepared to gourmet standards:

Burgers will consist of a blend of ground chuck, brisket, and short rib beef “smash” patties, which hit the grill as a ball of meat that’s then pressed thin. The technique creates a burger that’s lightly crispy on the outside with a juicy and savory interior.

(Buns are still being selected, but De Feo said he plans to source them from Amber Grain Bakery, formerly of Collingswood.)

“I like the idea of guests coming in and not being able to choose which one they want because they all look good,” Reynolds said. “I want to make them excited about what they’re about to eat.”

Down the line, the chef envisions stretching his legs into more elaborate concoctions, like a deluxe fried oyster po’ boy, or sous-vide wagyu beef burgers stuffed with fois gras.

“But we can’t get to that point until we nail the stuff in the beginning first,” Reynolds said. “Focusing on doing everything perfect and keeping it small in the beginning is the easiest way [to get there].” 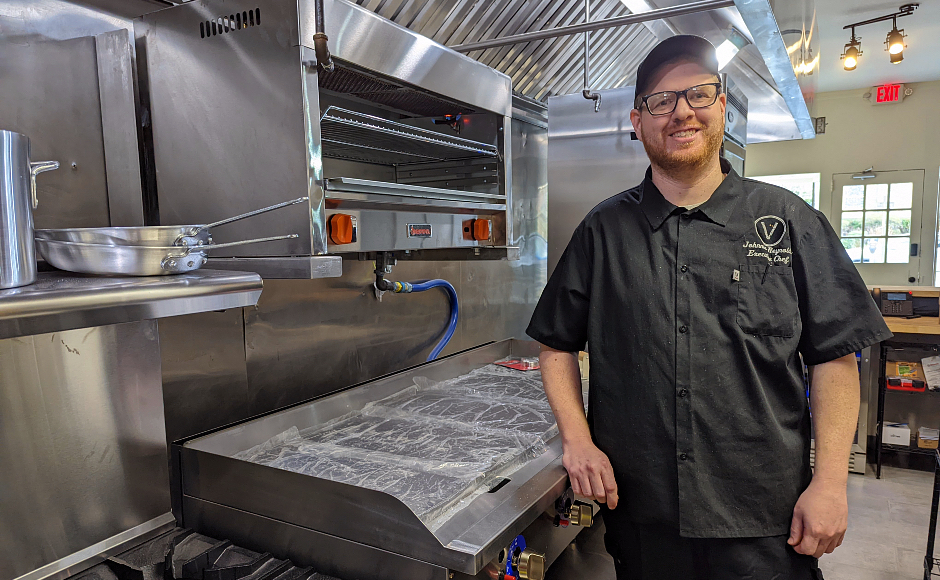 House milkshakes will be prepared with fresh ingredients, and without extracts or flavorings.

They’ll span classic selections, like a black-and-white malted, all the way to a Nutella s’mores with blended marshmallow and graham crackers.

French fries, which will be cut fresh in-house and prepared to order, will be topped with everything from garlic aioli dipping sauce (the Porter); to blue cheese, garlic, and parsley (the Danish blue); to short ribs and gravy with taleggio cheese (the Poutine); or white truffles, parmigiano cheese, and sea salt (the Truffle).

In addition to the burgers, milkshakes, and fries, The Fare Porter will also offer wine through a partnership with Auburn Road Vineyard of Pilesgrove. In the coming months, the restaurant will also build out an alcohol-free cocktail menu created by Carla Camerieri of Thirsty Camel Cocktails.

Just as Valente’s is built around an open kitchen, which invites familiarity with the chef, The Fare Porter offers a similar connection to the culinary staff. In redesigning the former Bleu Bear Bakery, De Feo and Reynolds oriented the customer flow to create an atmosphere that they believe will invite guests to connect with the people preparing their meals and stay for a while.

“I feel like it’s welcoming,” De Feo said; “you can see the chefs, they can see you. You have that ability to connect with one another, and it’s a more warm, inviting atmosphere. I think there’s a correlation between that connection with the people making the food and the quality of it.”

De Feo believes The Fare Porter will distinguish itself from other dining options in the borough restaurant scene, not only because he believes Haddonfield has wanted for a good hamburger spot for years, but because Reynolds has become a draw for the guests who’ve become loyal regulars at Valente’s. 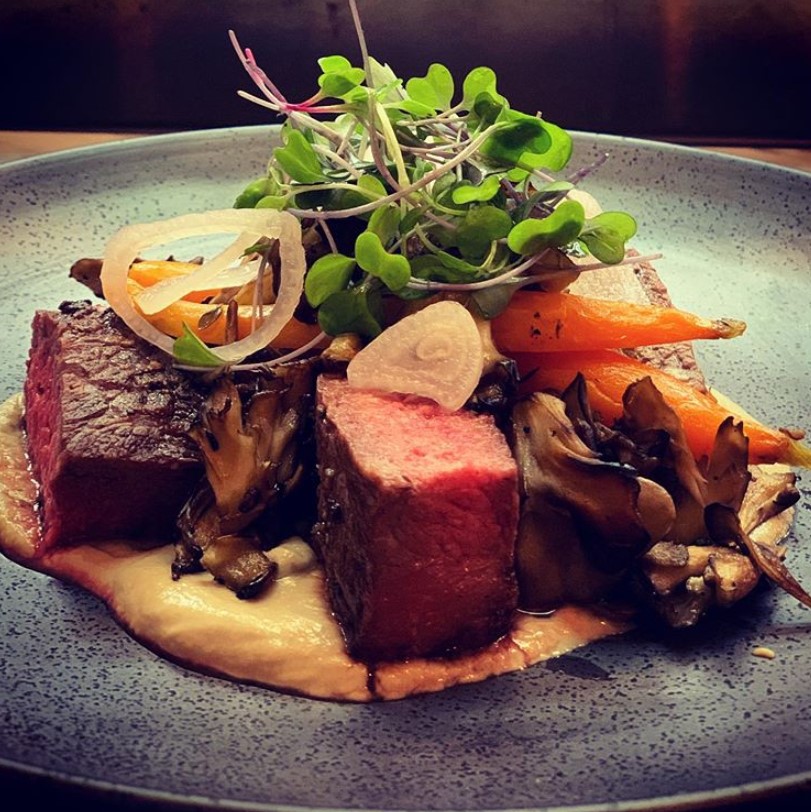 “There is a certain level of sophistication that we have to live up to, not just for ourselves, but for the community,” De Feo said.

“The environment that Johnnie helped create and foster at Valente’s, I feel there’s a sense of community.

“People walk out the door and say, ‘Thank you, Johnnie, everything was amazing.’

“I feel like taking care of the neighbors is more important, especially in this town, because people just talk,” he said.

“Every person’s special. Every guest is the most important guest.

“You know them, and you want to make sure that the food you put out is to standard,” De Feo said.

“It’s that little attention to detail that will separate us from other places,” Reynolds said.

“Nothing’s going to leave this counter to go out that door if it’s not what we feel is up to our standards,” he said. “Ours are pretty high, and that’s the way it has to be if you want to stay around for a while.”