Haddonfield entrepreneur Jenn Grega says she’s excited to take advantage of the transit-oriented development to connect with teleworkers and independent businesspeople for her new venture. 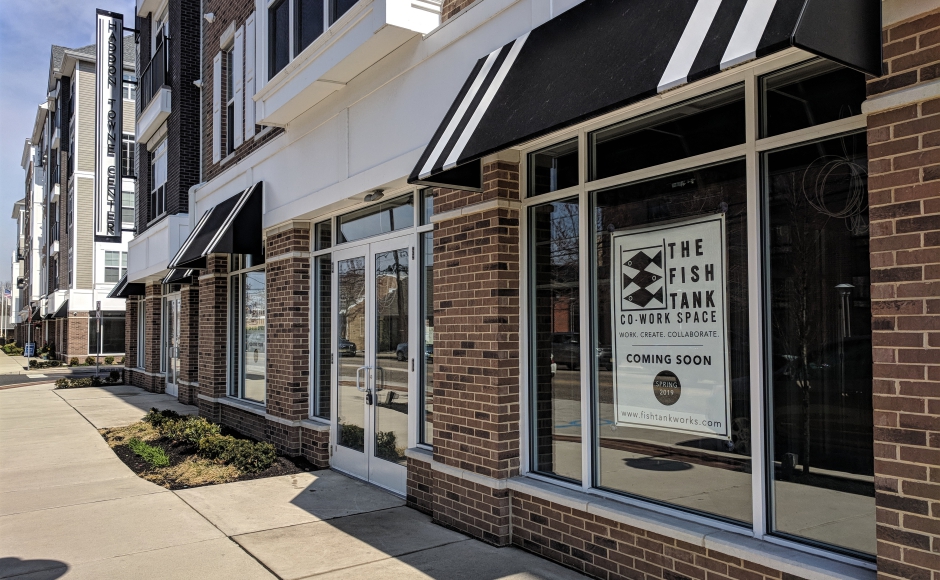 Since the Haddon Towne Center brownfield redevelopment was completed, the project has found much more success as a residential rental property than a commercial one.

Although its 252 residential apartments are nearly fully rented, the 12,000 square-feet of ground-level retail space at the base of its 1000 and 2000 buildings have mostly lain dormant since the Center’s 2017 ribbon-cutting.

Next month, however, it could welcome a variety of business uses, as Haddonfield entrepreneur Jenn Grega opens the doors of The Fish Tank coworking space.

Grega had been hawking the Towne Center since she noticed the for-rent sign walking by last April. Even as a blank canvas, the 3,000-square-foot space was perfectly suited to her needs.

In addition to offering ample parking, the Center is accessible on foot, by bicycle, and lies within 60 seconds of the PATCO Speedline public transit system. The first-floor storefront eliminated any questions of accessibility, and its sizable footprint offered a generous floor plan for her business.

“I think it’s an exciting time to be in Haddon Township,” Grega said. “I think there’s so much potential there.” 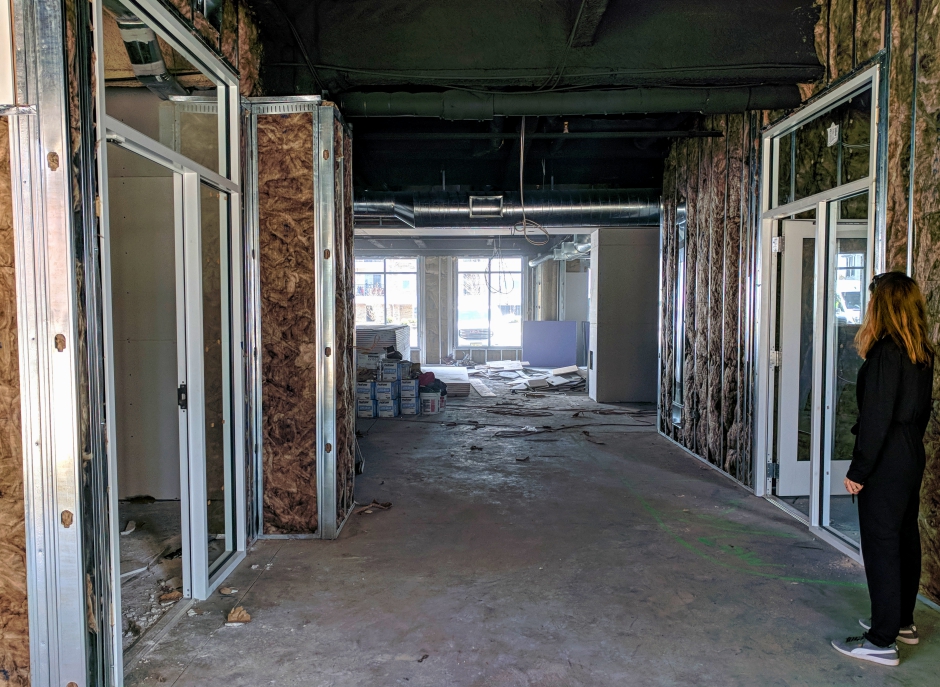 As a consultant with Bicycle Transit Systems, the parent company of Philadelphia bike share service Indego, access to different modes of transportation is a priority for Grega.

She wanted to build her co-working space around the same values (so much so that she’s offering discounts to her cyclist and pedestrian members).

Grega’s own commute to Philadelphia often consisted of a walk to the Speedline to get into Philadelphia, where she’d ride a shared bike to work in South Kensington.

“I am a strong believer that transportation builds communities, and it’s such a huge thing to have a train [nearby],” Grega said.

Grega hopes to welcome her first members to the Fish Tank by May 1. Anyone is welcome to join, but she believes most will be consultants, like her; remote workers in established careers who are looking for a unique office environment.

“My focus is on productivity and community,” Grega said. “The whole point is that it’s supposed to be very collaborative and inclusive for anyone. I think there’s something to bringing different people into the same space.”

Instead of targeting individual members, Grega is following the example of other successful coworking spaces, and placing an emphasis on creating “community first.”

She’s found support from fellow entrepreneurs like Rosemari Hicks, who operates CoWork Street in Camden, Tom Marchetty of The Factory in Collingswood, and her fellow business owners in the Haddon Township Business Improvement District (BID). 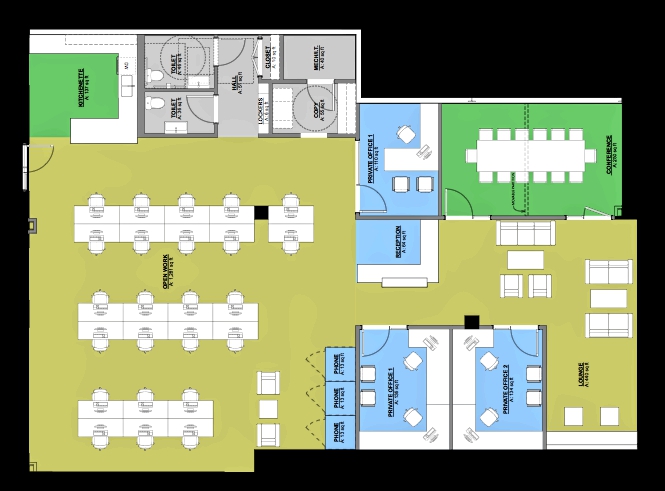 “Everyone wants it to succeed,” Grega said. “I hope we do that.”

Even the concept for its name—The Fish Tank—came from Grega’s time at the glass-walled WeWork coworking offices in Philadelphia, which she regarded as a cross between a fishbowl and a think-tank.

The Fish Tank will share some of those sightlines, offering a clear view from the Haddon Avenue sidewalk straight through the 1,200 square-foot, open-concept work area, and into the parking lot beyond.

Grega said she’s shooting for a 50-percent occupancy rate within the first half year, and hopes to attract as many as 150 members on at least a part-time basis. She also wants to make The Fish Tank available for use by local nonprofits as well as for private events.

“I really want it to be somewhere where everybody feels welcome,” she said. “It’s a lot of different ideas.”

The Fish Tank is located in the Haddon Towne Center on Haddon Avenue in Haddon Township. For details, visit the business webpage.