Trending
You are at:Home»Government»The Work of Being First: Multicultural Female Leadership Seeks to Leverage Strengths of a Diverse Pennsauken

Jessica Rafeh is the first Hispanic and Middle Eastern mayor in the history of the township, and Nikki Roberts is its first Black female deputy mayor. They see the historic occasion of their leadership as an opportunity of inclusivity. 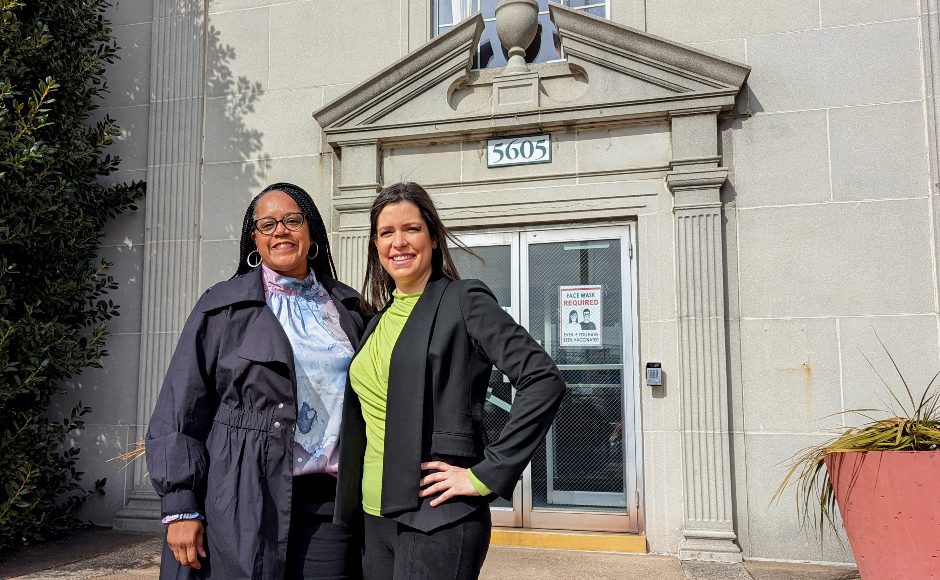 “I never thought of myself being in politics ever, ever in my life,” Pennsauken Mayor Jessica Rafeh said of her introduction to local government.

But when a former mayor encouraged her to run for office in 2018, she took a leap of faith.

“[They] said, ‘You’ve got something very special, and you can definitely be a role model for the community that we live in,’” Rafeh remembered.

“It was a little scary because I’m not into politics at all, but I am interested in helping the community,” she said. “I’ve been working to be that voice that others don’t have.”

An immigrant to the United States, Rafeh knows well what it feels like to struggle to find your voice in an English-speaking community. She holds that feeling close to her heart in her role when teaching English as a Second Language (ESL) classes at Rowan University.

There, she connects with young people who face the challenges of getting along in a country in which they’re still learning to communicate their thoughts and feelings while acclimating to different cultural norms.

“Immigrants, when they come to this country, are coming for the American dream,” Rafeh said. “But it’s really hard for them to feel completely identified because they’re of two cultures.

“When they go back to their country, they feel like they no longer belong, and when they come here, they don’t feel like they truly belong,” she said. “Now there’s the American culture along with their ethnicity, and it is hard.

“I’m an educator,” Rafeh said. “Being an immigrant from Venezuela, with parents from the Middle East, I know that sometimes you’ve got something to say, but you don’t know how to say it. Being a voice to help people with their needs drove me to where I am.”

Born to parents of Hispanic and Middle Eastern descent, Rafeh holds the distinction of being the first person of both heritages to serve as Pennsauken mayor in township history. She is fluent in Arabic, English, and Spanish, and hopes to leverage her communication skills to bridge communities of varying cultures in her role as mayor.

“It lets them know the American dream is real, and you can achieve anything you want,” Rafeh said. “People in my culture, when I got the position, they said, ‘We’re so proud of you.’ You see how their eyes light up, and you think, ‘I’m making a difference,’ but there is a big responsibility because I want to make it right.” 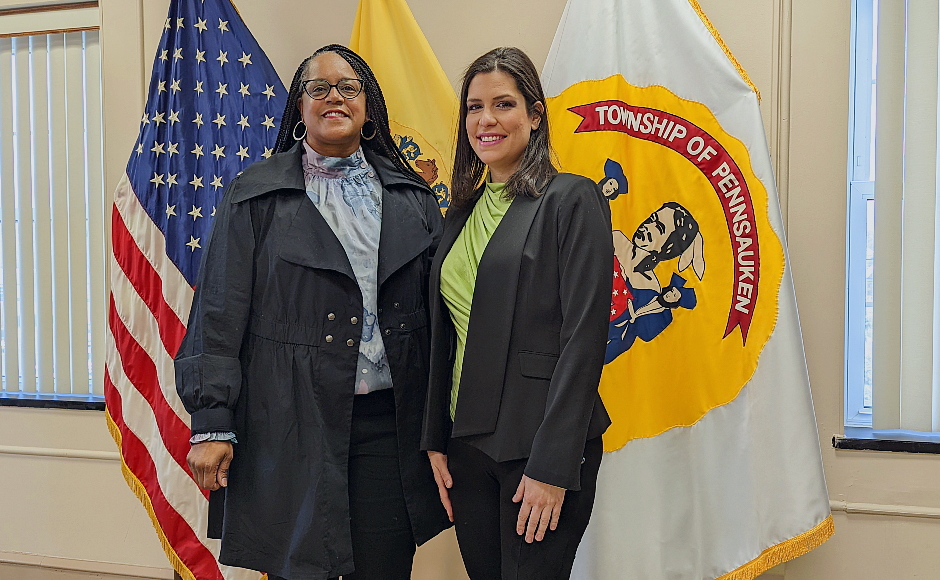 ‘Being first is a big responsibility’

Deputy Mayor Nikki Roberts hasn’t had to face the challenges of acclimating to a foreign culture.

As a lifelong resident of the Homestead section of Pennsauken, she felt like her neighborhood, which borders the communities of Merchantville and Cherry Hill, offered the best of everything in the immediate area.

But like Rafeh, Roberts’ appointment as deputy mayor is a community milestone: she’s the first Black woman to serve in the role in Pennsauken history.

Roberts recalled growing up in culturally homogenous neighborhoods that were “so self-sufficient that we didn’t feel oppressed,” but which embraced “a very clear distinction between the neighborhoods, and where you needed to stay.”

“I know where it comes from, but it doesn’t need to exist,” she said. “A lot of very strong Black women gave me the confidence that I needed to know that I could be anything I wanted to be.

Both Rafeh and Roberts recognize the distinctions that come with those firsts; they recognize that public service comes with a degree of visibility that neither would particularly have sought otherwise. But since they have it, they want the work that they do to help build consensus among the diverse sections of Pennsauken and advance the goals of the community on the whole.

“I feel like it’s sort of the year of the woman,” Roberts said. “I know it’s coming late, but I’m recognizing how many firsts are coming for women right now. I believe that a woman’s perspective can help balance things out in these places that have been dominated by men for many years.”

“We have an intuition, that female energy, that helps us,” Rafeh said. “With two females it’s even more powerful. We’re in tune, and we appreciate all of the males that we have in our committee because they believe in us. Belief is very important.” 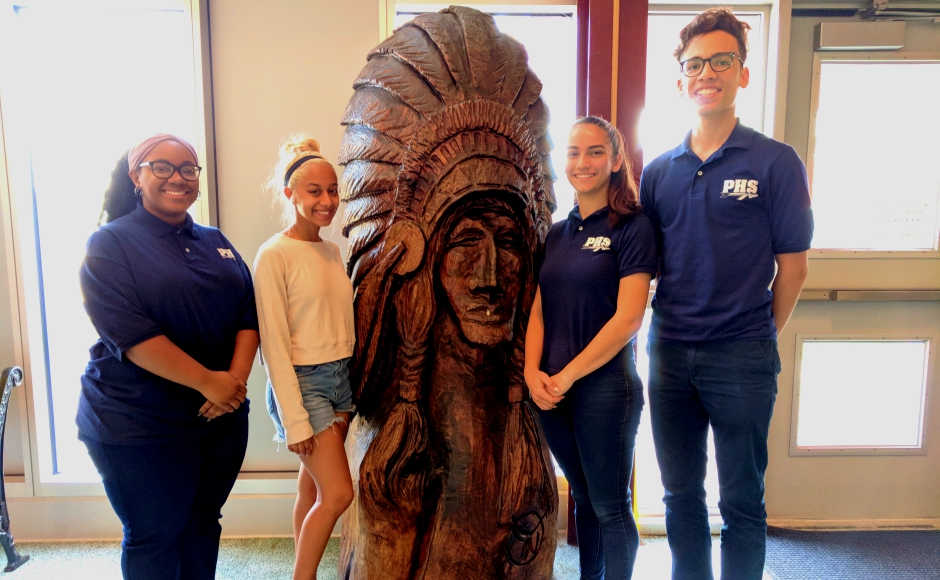 With a population of some 37,000 residents looking to them for leadership, Rafeh and Roberts are excited to serve all the distinct communities in one of the most diverse towns in South Jersey.

In the 2020 census, 35 percent of Pennsauken households reported speaking a language other than English at home; by directing broader outreach to meet them where they are, the municipal government hopes to be more responsive to the needs of all its constituents.

Whether that takes the form of creating multicultural events to showcase representation throughout the township, or advocating for residents to access the Excluded New Jerseyans Fund for COVID-19 relief, or carving out multilingual messaging for public health and emergency communications, Rafeh and Roberts want to lead the way.

“Do people get to that point of feeling identified? Absolutely,” Rafeh said. “Does it happen with everybody? No. Giving them that microphone is to empower them. It’s a much-needed thing.

“Some of them are afraid; some of them are undocumented,” she said. “A lot of people stay quiet and don’t say much and they’re afraid. [I want to be]  someone that could help as a third person and be that voice.”

Amid the struggles of the novel coronavirus (COVID-19) pandemic, Roberts said that Pennsauken was able to muster the strengths of its residents to help connect with the most vulnerable among them, be they challenged culturally, economically, or otherwise.

“We’re trying to help everybody we can, but it’s going to take some time,” she said. “There’s kids in the school system who are taking care of their brothers and sisters when their parents are working. You see the challenges. They are there, and we are trying to work together to subside a little of that pain and suffering.”

In addition to managing the end stages of the pandemic, Roberts said the township government is also working to drive economic development through expansion of its recreation and leisure goals. Plans to redevelop its local library, revive its skate park, and expand its Rails with Trails Merchantville connector project are high on the list, as are improvements to Tippin’s Pond.

“We want people outside and enjoying our town and each other,” Roberts said. 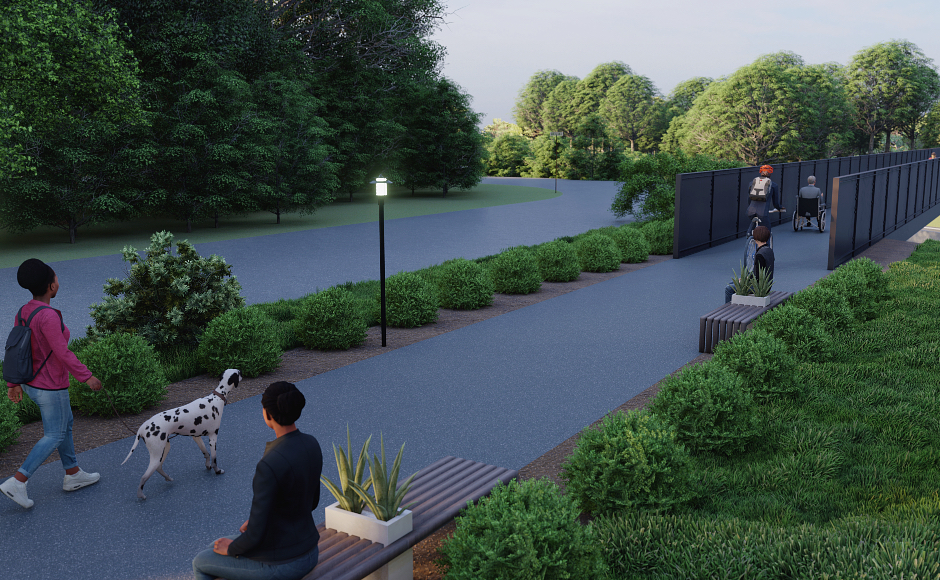 A rendering of the Merchantville Pennsauken Path. Credit: McCormick Taylor.

Like her predecessor, Marco DiBattista, Rafeh believes that getting Pennsauken residents outdoors will be good for their individual health as well as the health of the community.

In addition to inviting guests to experience all the township has to offer, she believes the added foot traffic could be a boon for the local business district.

“I know the importance of starting a business; it’s hard, and we want to support those small businesses in any way, shape or form,” she said.

More than anything, however, Rafeh and Roberts want to use the office they hold to invite more and clearer communication among Pennsauken residents and their public servants.

“We’re here to listen,” Roberts said. “Anything that you need to talk to us about, it’s an open door. Take ownership of your town, and understand that we are here to serve you.”

“The power is in your hands,” Rafeh said. “Nobody has that power but you. Don’t wait for someone else to make a difference. You start and someone else will follow.

“We were elected to be your voice,” she said. “Come, call, e-mail, talk to us, not only about the bad stuff, but the good stuff.”