A handful of parent volunteers are helping to nudge along a 5K fundraiser that benefits community programs in the small borough and concludes with a town-wide picnic. 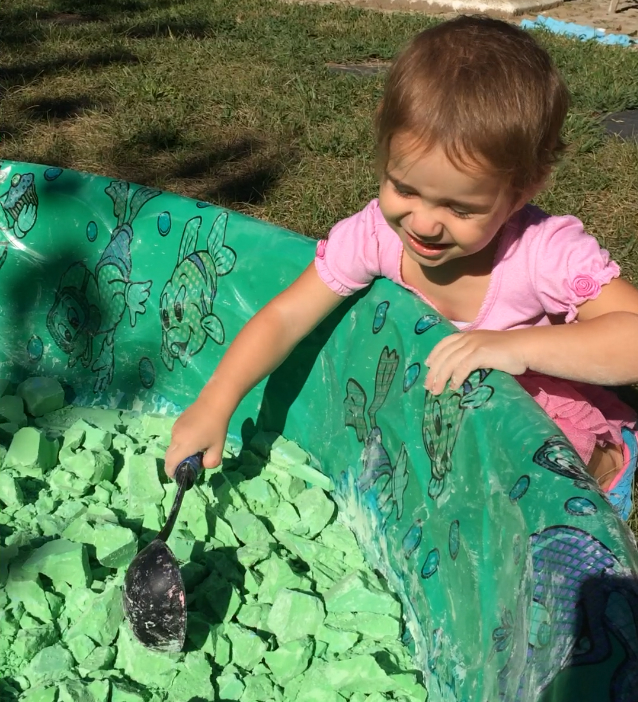 There are probably very few people in Oaklyn who know what 250 pounds of corn starch, food dye, and water looks like all mixed together, but Cassie Diorio can tell you.

For two solid weeks, she’s been running a kiddie-pool-sized, impromptu science experiment in her backyard, teetering on the verge of frustration with every tremor that upset the mixture, watching it clump, settle, and dry before starting the process all over again.

When it rained, she moved the whole operation into her basement, trying to accelerate the process with heat lamps borrowed from her reptile terrariums.

“It was a love-hate relationship,” Diorio said. “But it’s for a good cause.”

The colorful fruits of that equally colorful labor will be born on Sunday, when Oaklyn holds its Color Run and 5K, a fun run and fundraiser that splits proceeds among the Friends of the Oaklyn Memorial Library and the Oaklyn Municipal Alliance Youth Service Commission (OMAYSC).

Like most things a mom will do for her kids—and for her community—it’s a messy job; one that fell to Diorio and co-conspirators Danielle Falco and Lindsay McSweeney because, frankly, there was no one else to do it. The race, an annual tradition that begins at the borough public school and concludes with a town-wide picnic, was on the verge of taking at least a year off without some leadership.

“If someone didn’t volunteer to keep it going, it was going to be cancelled,” McSweeney said.

Both OMAYSC and the local library rely on the funds raised from events like the annual 5K to sustain their operations, Falco said. The color run was a popular contrivance designed to boost enrollment; as the powder that took so long to cook up is thrown into the air by the handful, runners puff through clouds of the stuff for some dramatic photo opportunities. 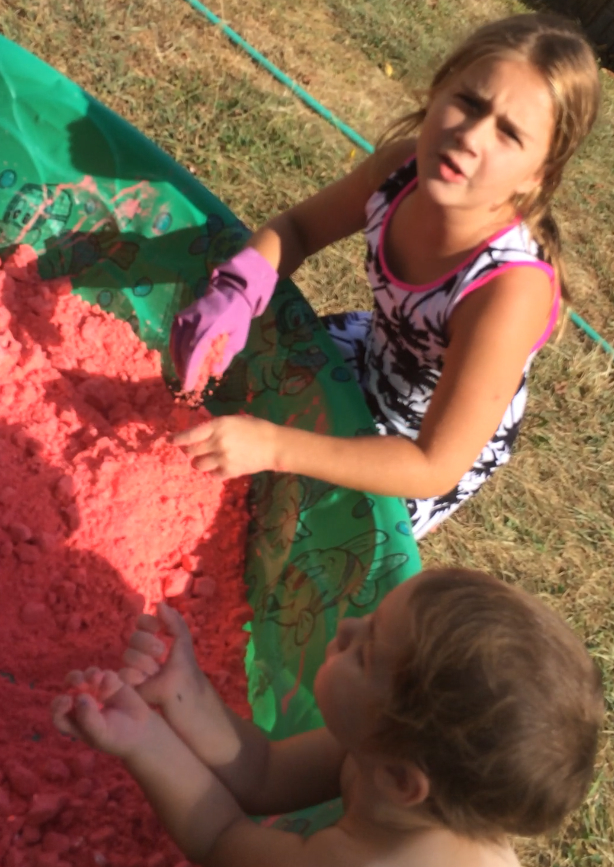 The timed, non-color run starts 8 a.m. Sunday, September 20 at the Oaklyn Public School, with an 8:45 start for the others.

At the conclusion of the race, a town-wide picnic will be held on the school grounds; a fitting endcap to an event designed to serve and support community in a family focused town.

Similary, the programs that will benefit from the race are staples of life in the tiny borough. Diorio, a lifelong resident, recalls Friday nights spent at OMAYSC dances, which gave her and her teenaged peers a safe place to hang out.

McSweeney and Falco point to the burgeoning roster of free programs at the Oaklyn Memorial Library that provide similar entertainment for their elementary-school-aged kids.

Experiences like that are worth recreating, the three said—and if there’s a better metaphor for preserving those transformative traditions than the labor-intensive process of cooking up color-spray clouds from corn starch in kiddie pools, they don’t know it.

“We’re a small town,” Diorio said. “We’re all very much intertwined and inter-knitted. If we want something to happen, we bind together.

“Come hell or high water, we’re going to make it happen,” she said.

For more information on the Oaklyn Color 5K, click here.