Cherry Hill Superintendent of Schools Joseph Meloche says the district has been hampered by a dramatic increase in meal volume alongside a shortfall in staffing.

“There’s an old joke: two elderly women are at a Catskill mountain resort, and one of ’em says, “Boy, the food at this place is really terrible.” The other one says, “Yeah, I know; and such small portions.”

Since last year, when school districts across the country began providing free, federally funded meals for students in response to food insecurity during the novel coronavirus (COVID-19) pandemic, complaints about the food at Cherry Hill Public Schools have been trickling in to parents.

Mike Sakala says he stopped picking up the meals over the summer out of concerns about their quality.

“I was picking up for two kids, and both would have completely different things in them,” he said. “You’d have to combine the two to get one thing from it.

“No one is looking for five-star, organic, gourmet meals,” Sakala said. “They’re looking for something that’s edible.”

When students returned to in-person instruction this fall, their complaints intensified. 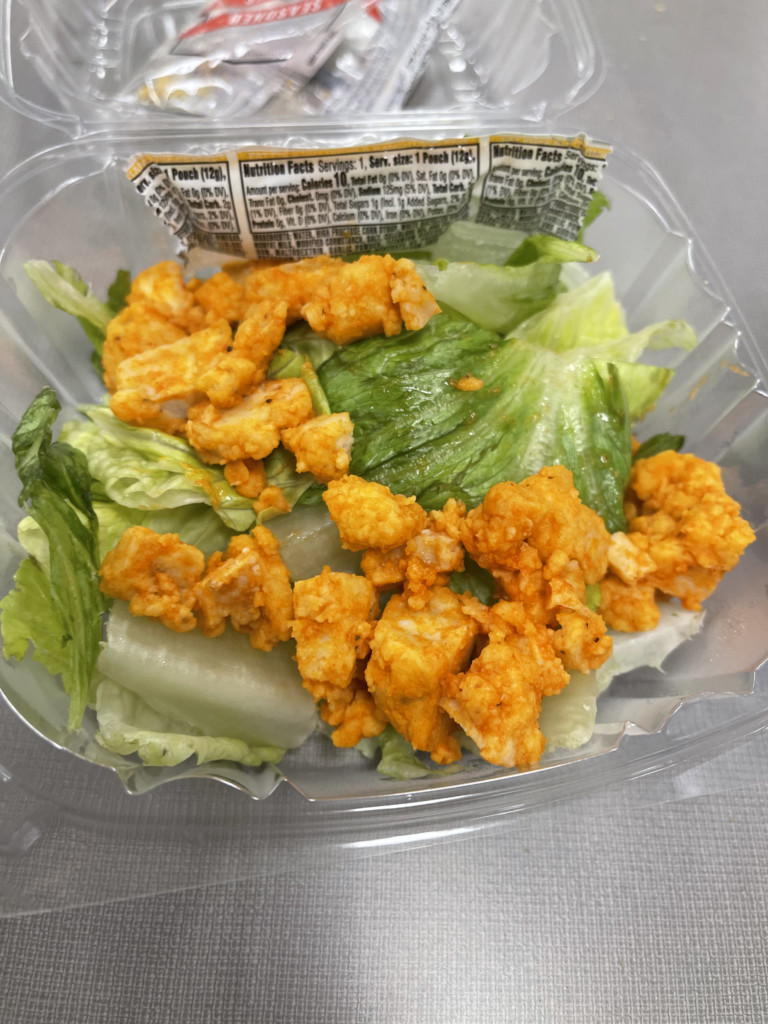 Sakala’s daughter, Emma who is a freshman at Cherry Hill High School East, said the meals at the high school have gotten so unappetizing that some kids have begun skipping lunch altogether.

“I know multiple people that don’t eat all day because of the lunch,” Emma said.

“They’d rather go hungry than eat the lunch.

“We’ll all be trying to get snacks from people, taking other people’s lunches who pack lunch,” she said.

“It’s not good for the rest of the day.

“Teachers hear us complain about it, too,” Emma said. “I feel like it’s out of our power.”

Janique Cottman said her son Joshua, an eighth-grader at Carusi Middle School, used to love the school lunches he got in sixth grade.

This year, however, “he’s disgusted by the food that is served,” she said.

“My son and his friend were served bread with mold on it,” Cottman wrote to Carusi principal Neil Burti in late September. “When they brought it to the attention of the lunch teacher, he was told that ‘a little mold won’t kill you.’

“The Aramark workers then told him it was burnt,” Cottman wrote. “My son is in eighth grade and knows what mold is, but if he didn’t, why would this not concern the teacher or the Aramark workers?”

Burti replied in a subsequent e-mail that the interaction was “unacceptable,” and thanked Cottman for the heads-up. But she said the lunches “haven’t gotten any better” since; her daughter, Jiselle, a fifth-grade student at Kingston Elementary, refuses to eat anything served at the school.

“The nuggets go into a bag hot, so when they get them out, it’s a soggy mess,” she said. “Sometimes when you break into the nugget, it’s literally a casing, with no meat inside.”

Instead, Cottman and a neighbor take turns dropping off hot lunches to their kids.

“If you had the staff of these schools themselves be forced to eat it, they wouldn’t eat this,” Cottman said. “They should be speaking out for these children who are being served this lunch; it shouldn’t just be parents who are angry.” 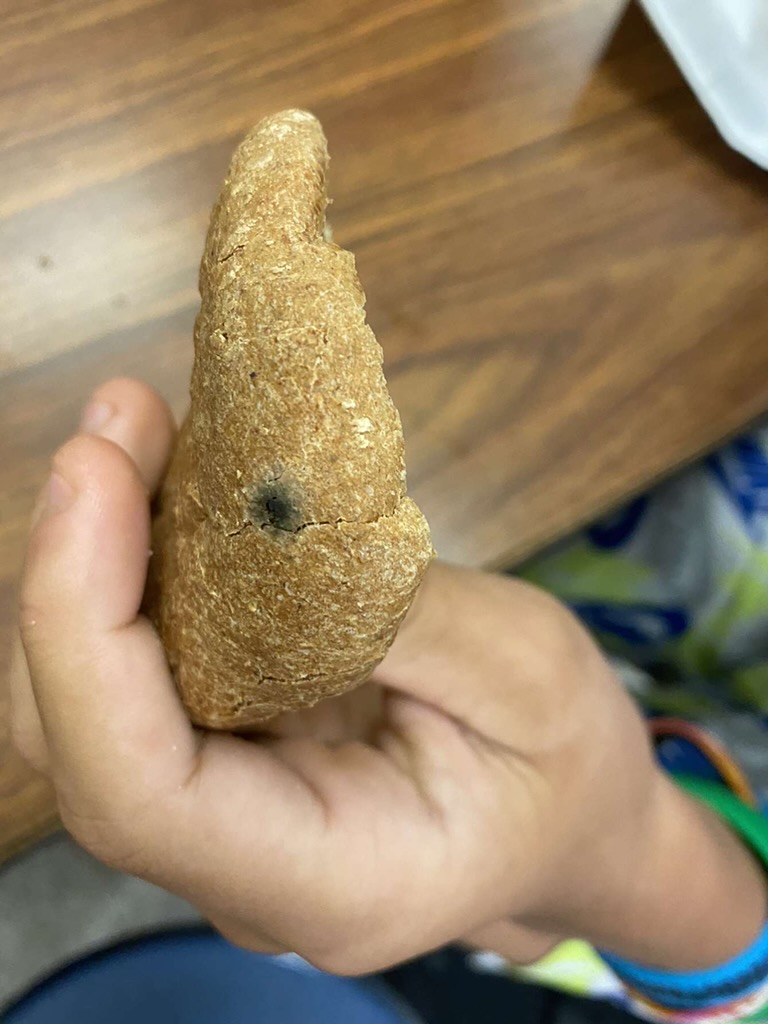 “Hot dogs that are dark brown and wrinkled, meatball sandwiches that are dry and gross, served on stale hot dog buns,” Krieger said.

“As she’s autistic, the sensory issues created by just a few of those items were way too much, and now she takes a snack or two in order to not be famished when she gets home.”

Krieger said she’s continuing to work towards accommodations that would help her daughter, including occupational therapy supports, but she also believes lunchroom microwaves could help all students heat up meals brought from home.

“At the end of the day, my concern is for my child, but I am more concerned for those students who don’t have the option or luxury of packing lunch,” she said.

Cherry Hill Superintendent of Schools Joe Meloche said he’s sympathetic to parents’ concerns about the food service in the district, and that addressing them is a priority.

He also identified a number of underlying conditions that many districts, including Cherry Hill, have struggled to overcome in the current economic environment, not the least of which is a dramatic increase in the number of meals served under the federal mandate.

Intended to cover the nutritional needs of the estimated 12 million children living in food-insecure households, the U.S. Department of Agriculture National School Lunch Program Seamless Summer Option was extended throughout the 2021-2022 school year.

The solution, which allocated $12 billion in American Rescue Plan funds for this purpose, was to feed every child for free until normal school operations could be resumed as the COVID-19 pandemic was brought to heel.

For Cherry Hill, meeting those obligations meant a doubling-to-four-fold increase in the number of meals provided. Meloche estimates the district has provided more than 1.25 million meals in the past 15 months.

“For lunches, we are up probably 75-80 percent in the average number of meals being served for lunch, and breakfast [is] up three-and-a-half times what was served a couple years ago.” 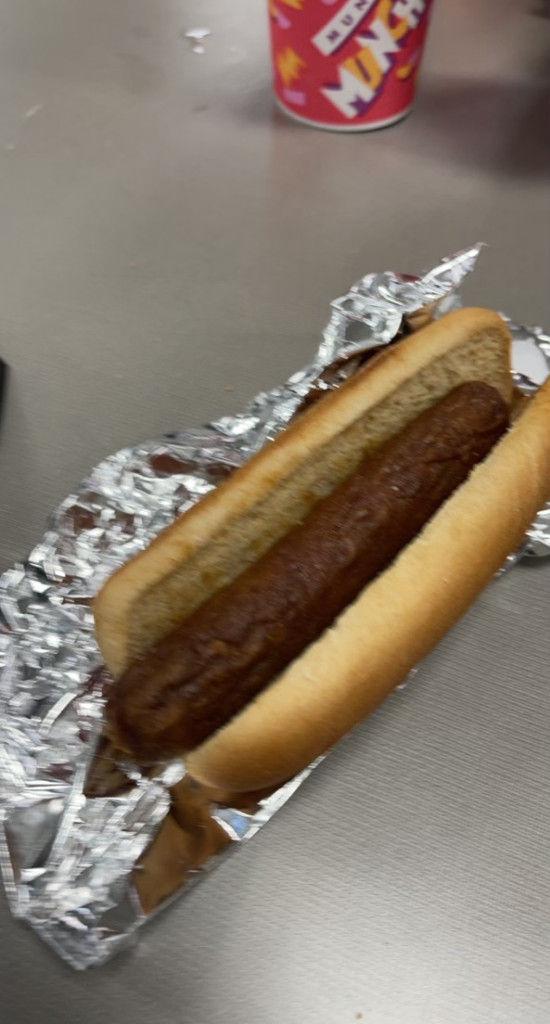 Compounding that volume increase is “an extreme shortage of food service employees” in the district, which is operating at less than 50 percent of its food service staff, the superintendent said.

“We are struggling at any position in our district that pays an hourly wage,” he said.

“If we can get more people in the kitchens and more people working, it’ll help to make a dramatic impact to what we’re doing.”

Aramark, the vendor with which Cherry Hill Schools contracts to manage its food service program, has increased its pay rate to $14 per hour for new hires as well as incentivizing its current employees with a retention raise.

But the demands of the job are significant for what ultimately is part-time work.

District secondary schools prepare the majority of the meals in their own kitchens; elementary-school lunches are prepared at Cherry Hill High School East, and delivered by food service workers.

The need to fulfill the volume of orders with a limited crew means meals are no longer prepared to order as children come through the cafeteria.

“We’re nowhere near able to be staffed where a deli sandwich can be made in line, or a panini can be grilled as kids are waiting in line,” Meloche said. “The people who are preparing it are the people who are serving it.

“At 11 of our 12 elementary schools, there’s literally one food service worker; ideally, we have two,” the superintendent said.

In addition to the district-specific challenges, school food service across the country is subject to larger economic concerns, Meloche said. The School Nutrition Association, a nonprofit group representing cafeteria workers across the country, identified supply-chain, staffing, and nutritional concerns nationwide as far back as July 2021, all of which affect the variety of available meal options.

Federal meal guidelines, including those related to nutritional content and portion sizes, haven’t changed, but getting their components has become far more difficult, as every district is providing more meals than before. Meloche said that Aramark is facing “a dramatic impact from what they would like to order and what they receive from the vendor.”

What’s not part of the problem, the superintendent said, is the fact that the meals are federally subsidized. Although the volume of meals served has gone up, “the cost of lunch is the cost of lunch,” he said.

“That really has no effect on the food that we get in and the food that we serve,” Meloche said. “It’s really not a money-maker for us or for Aramark. I have heard that position; I think it’s somebody looking for a villain where one doesn’t exist. 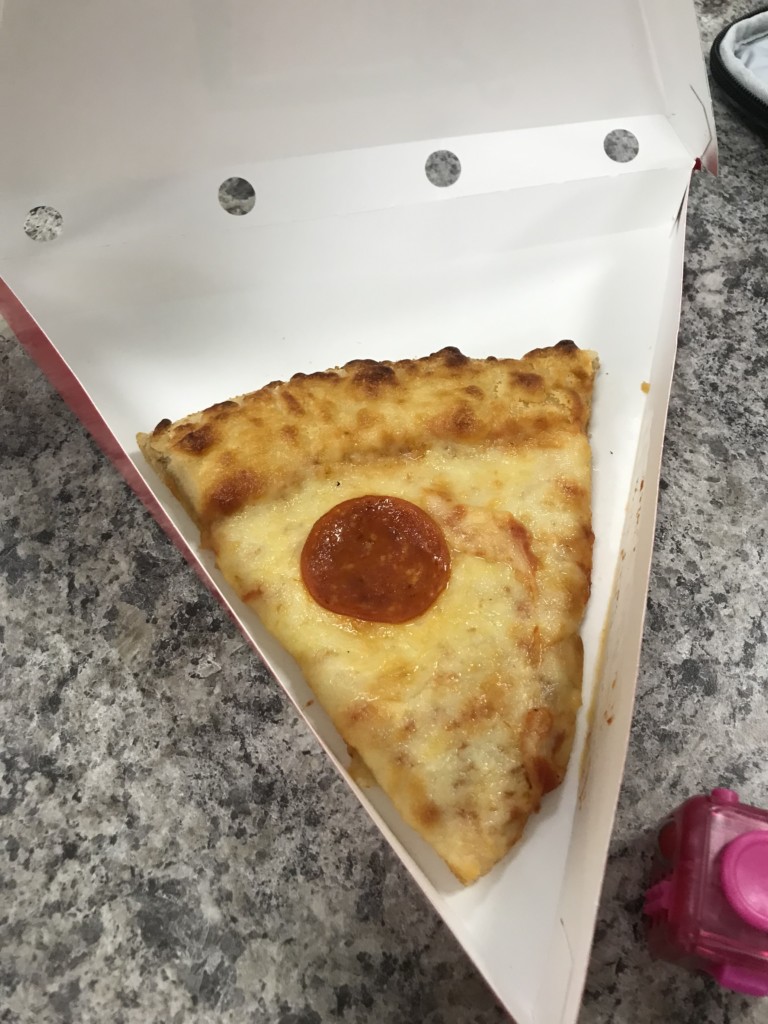 “We realize that not everybody is happy with it; our goal is to continue to improve,” he said.

“Our goal is for it to be a positive experience for everybody.”

Meloche said that the district has been communicating with parents and PTAs, and urged families with concerns about the meals in the schools to contact the district.

He also advised children to tell adults in the cafeteria when they experience problems.

“We want them to let an adult in the school know right then when it happens,” he said.

“The ongoing discussion in social media among adults definitely gets people riled about their experiences, but it doesn’t help us to address the problem when it exists.”

In response to inquiries about the reported meal service issues in the district, Aramark spokesperson Heather Dotchel issued a written statement:

“Nothing is more important to Aramark than the food and customer experience we deliver. We take all customer concerns about food quality very seriously, investigate every concern that is brought to our attention, and make changes as needed. Currently, we are reaching out to all community members who submitted comments through our website to continue the conversation.

“Our goal is to provide a nutritious and tasty menu to all of our students, and to that end we have started daily homestyle specials at the district secondary schools as well as introducing a daily hot and cold option in elementary levels.”

Parents who have concerns about the food served in the district are invited to contact Aramark directly using this web form.