The all-hands call drew a response from at least a dozen fire companies throughout the area. No injuries were reported. At least one family was displaced by the incident. 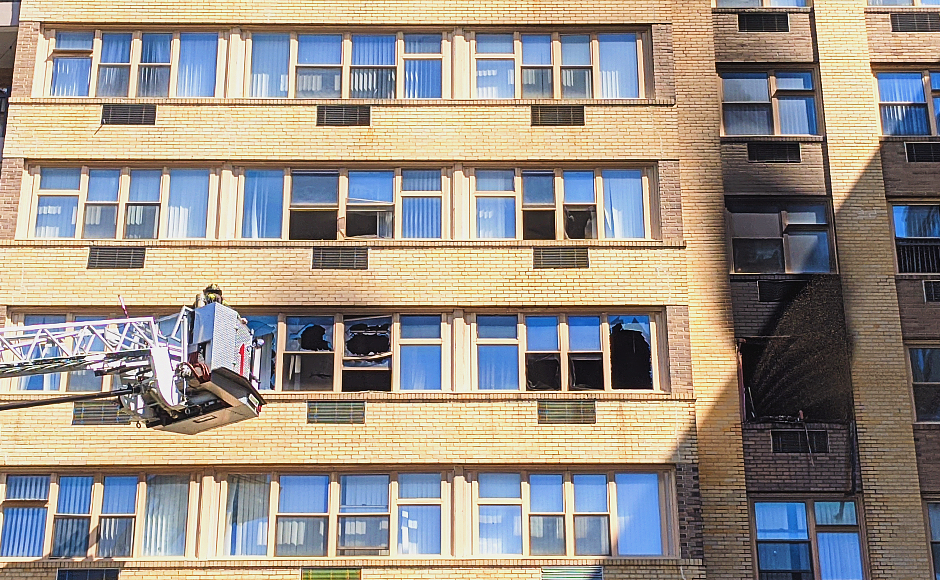 Firefighters stretch a ladder to the fifth floor of the Parkview at Collingswood. Credit: Matt Skoufalos.

A three-alarm fire at the Collingswood Parkview apartments left at least one family displaced and others dealing with the effects of the incident.

Firefighters responded to an apartment on the fifth floor of the C Building at the complex, where they encountered heavy smoke and were met with intense heat.

“The challenge was getting to the victims,” Davis said. “We evacuated most of the fifth and sixth floors.”

The fire took some time to knock down; for more than a half-hour after its onset, firefighters knocked out glass from windows in the apartments and showered the unit with water from inside. Soot and smoke streaked across the exterior of the unit and into the floor above.

According to members of the family whose apartment caught fire, the incident began in a bedroom while much of the household was asleep. One man said he went to throw water on it, but because water had been shut off to the building during maintenance, nothing came out when he turned on the tap. 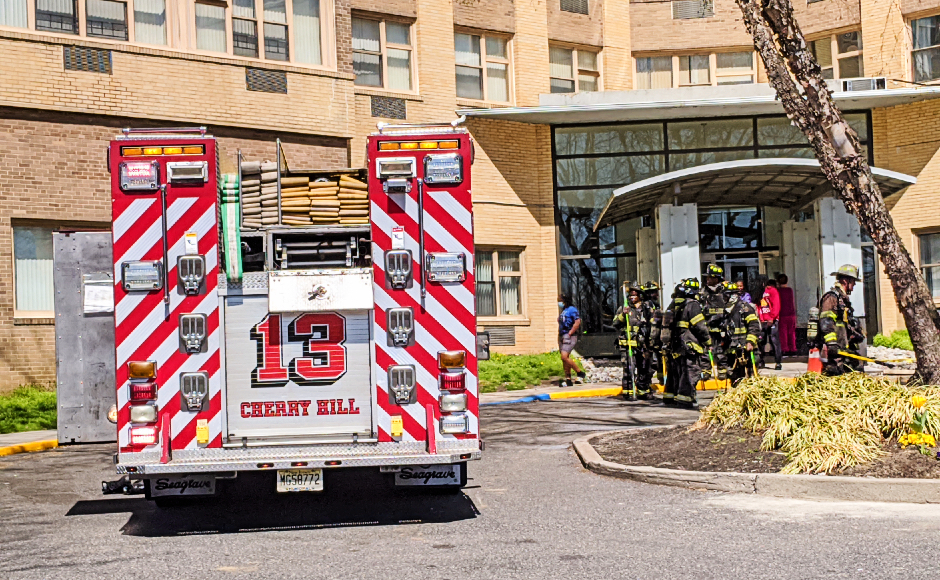 Trying to smother it with a blanket also didn’t work, and eventually another member of the family retrieved a fire extinguisher from the hallway, but by then the fire had grown too big to be controlled.

“As small as the fire was, I could feel the heat from it,” the man said.

“The room filled up with smoke.”

Davis said that firefighters recommend that residents evacuate the building in such incidents instead of trying to battle the fire themselves.

“Sometimes when they try to self-extinguish, they can be injured,” Davis said.

It’s the first major fire at the complex in about a year, the chief noted.

No injuries were reported as a result of the incident.