Trending
You are at:Home»Police & Fire»TONIGHT: National Night Out Celebrations in South Jersey

Police and fire departments in Collingswood, Oaklyn, Cherry Hill, Merchantville, and Pennsauken will celebrate the partnership between community and first responders. 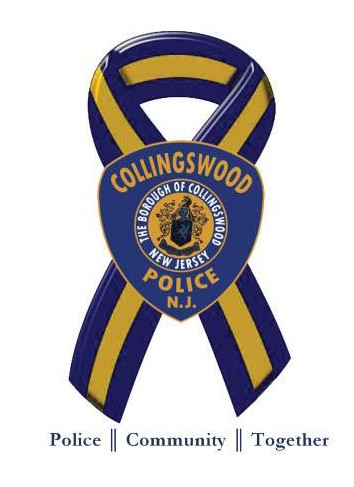 Tonight, police departments throughout the area will celebrate National Night Out, a community-building campaign designed to acquaint families in towns across the country with their first responders.

The event, which was begun more than 30 years ago and has been celebrated in some 16,000 communities, will help put law enforcement and firefighters face to face with the people in the municipalities they serve.

In Collingswood, the local police force has not only been recently rebuilt but also recently re-ranked, with several promotions among the filled-out staff.

Chief Kevin Carey sees the event as an opportunity to further its focus on relationship-building and creating a department that is “more oriented to quality-of-life issues.

“In order to make it the best community that we can, it’s going to take a partnership between the two of us,” Carey said.

Tonight’s event (5 to 8 p.m., along the intersections of Atlantic and Collings Avenues) is the fourth annual celebration in Collingswood, where the fire and police departments have joined forces to highlight the role that first responders play in the community in a carnival-like atmosphere. 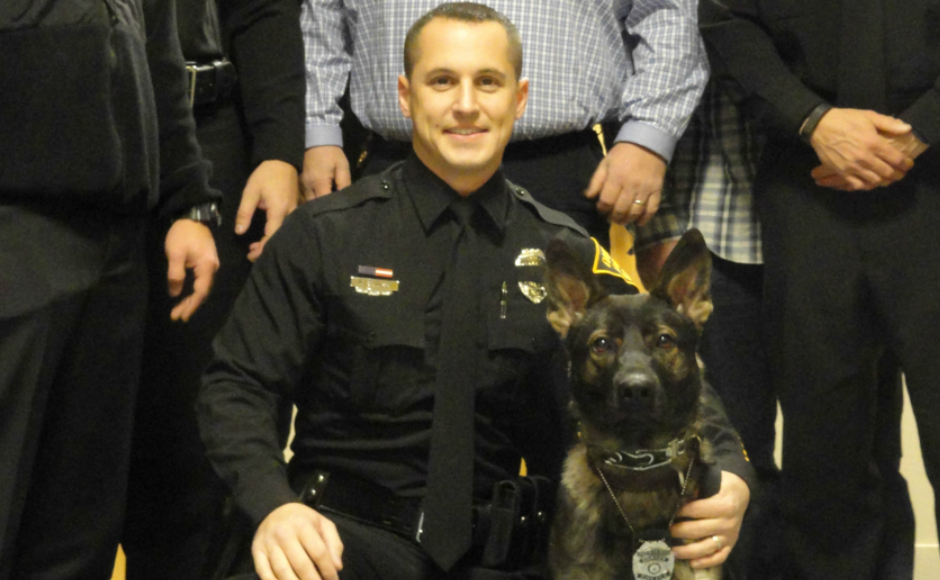 Just down the road in Oaklyn, residents will celebrate in the West Clinton Avenue business district from 6:30 to 9:30 p.m.

The event, which will also feature members of the Oaklyn Fire Department, includes public education from members of the Drug Abuse Resistance Education (DARE) and the county-wide Domestic Violence Response Team (DVRT).

Moore also knows that the most popular officer on the force is likely to be the biggest draw: K-9 Enzo, accompanied by his handler, Officer Matt Olivieri.

“Meeting the officers and forming a closeness to the community, that’s our goal with this night,” Moore said. “I think we’ve got a real good relationship with the residents of the town. We just want to make it stronger.” 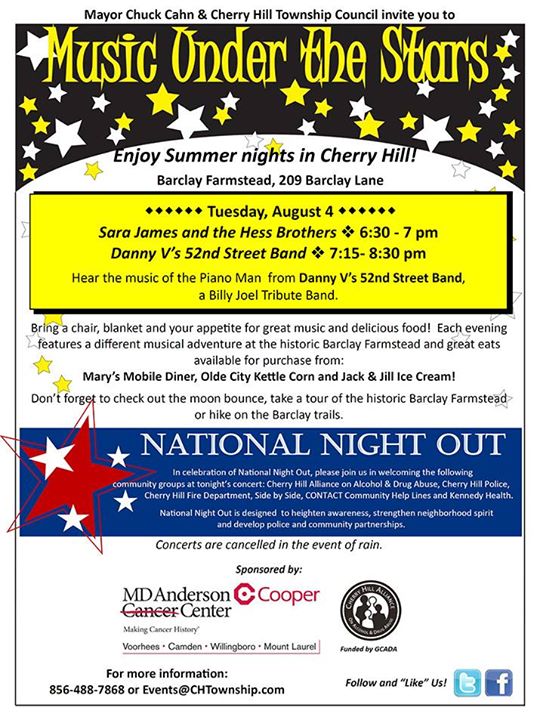 In Cherry Hill, the township has paired its National Night Out with the Barclay Farmstead Music Under the Stars (6:30 to 8:30 p.m., 209 Barclay Lane) concert series. Sara James and the Hess Brothers will open for Danny V’s 52nd Street Band, which plays Billy Joel covers.

In addition to the Cherry Hill police and fire departments, community groups attending include the Cherry Hill Alliance on Alcohol and Drug Abuse, Side by Side, Contact Community Help Lines and Kennedy Health. Food will be available for purchase from Mary’s Mobile Diner, Olde City Kettle Corn, and Jack and Jill Ice Cream.

In Merchantville, the local police and fire departments will set up at the Merchantville Community Center (212 Somerset Street) from 6 to 8 p.m., with free hot dogs, soda, water ice, and pretzels. Children can play on inflatable amusements, enjoy a balloon artist and magician, and explore police vehicles and fire trucks mustered there.

Finally, in Pennsauken, all four neighborhood fire stations on Stockton, Merchantville, Lexington, and Union Avenues will open their doors from 7 to 9 p.m. to welcome visitors with water ice and soft pretzels. Safety demonstrations, apparatus and ambulance displays, and fire prevention information will all be available.