The Mantua-based ‘mobile church’ will look to scale back its plans for the site of the former Grace Baptist parsonage after neighborhood criticisms. 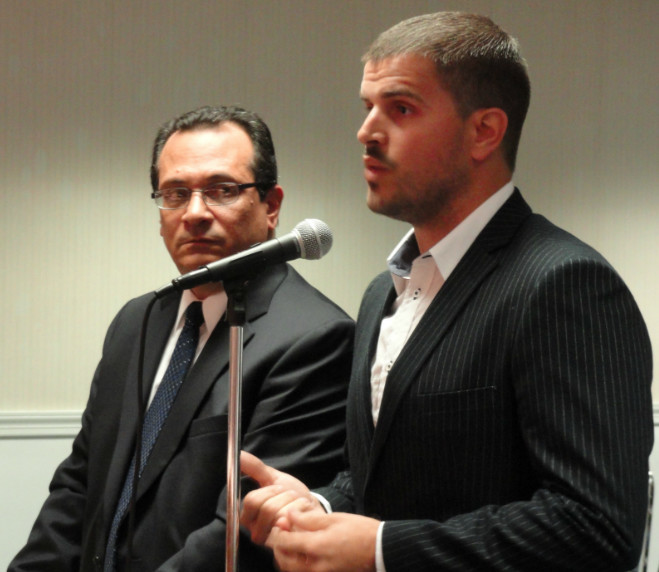 Haddon Township residents who objected to the addition of a mid-block parking lot to a side-street church property got some relief from the township Planning and Zoning Board on Thursday, as well as from the property owner.

After three-and-a-half hours of discussion, the Mantua-based True North Church, which was gifted the Reeve Avenue property formerly belonging to the Grace Baptist Church, offered to return to the board with a revised plan for a smaller-scale lot.

Neighbors on the small street have complained of drainage issues on their properties owing to the significant proportion of paved area on the block, which houses the Haddon Township municipal building and its secondary annex, a municipal parking lot, and the Tine Brothers auto service on the corner.

Adding another area of blacktop equal to a full lot—the demolished former church parsonage acquired by True North in the deal—would only aggravate those problems, they testified.

John Nystedt, a landscape architect with the Delaware Riverkeeper Network and Haddon Township resident, implored the board to safeguard not just the neighborhood but its surrounding ecology from the impact of stormwater. He asked True North to consider water quality, sediment control, and possibly the addition of a drainage channel, in its plans.

“Our town tax dollars have been used to help fight erosion in Edison Woods, and our county tax dollars to fight sediment in Cooper Lake,” Nystedt said. “It’s great that the church congregation is going to use the building. My hope is that True North Church will make every endeavor to be a good neighbor.”

True North engineer Brian Peterman of Gibbsboro proposed to resolve those concerns by replacing a layer of “hydraulically restrictive” soil with sandy clay and adding an underground infiltration system to collect and discharge stormwater from the property. Peterman said the system should be better able to discharge the water than the existing infrastructure on the site, and his designs met with approval from Haddon Township engineer Gregory Fusco. 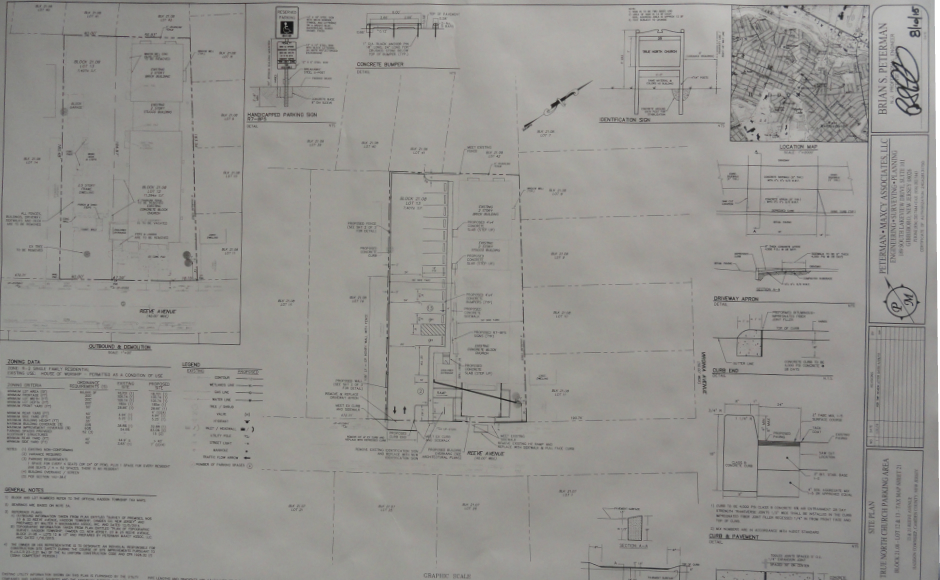 ‘There’s a lot of emotions here’

In addition to the drainage issues, other Haddon Township residents who addressed the board on Thursday had concerns about the potential effect on their property values of adding a parking lot to the middle of the block.

Many had hard feelings about the demolition of the parsonage, which has created a vacant lot in the middle of the avenue.

“Somebody said it was spilt milk” to complain about the tear-down after the fact, he continued. “That was a separately deeded house. Somebody could have bought it; it would have been a ratable. Now if they don’t get approval, there’s no house there.

Throughout the meeting, True North counsel Mark Rinaldi and Pastor Jesse Eisenhart offered to modify their proposal to fit the sensibilities of the neighborhood and the conditions established by the board.

Eisenhart described True North as “a mobile church” with a permanent facility in Mantua and a satellite “Haddon” group of 110 to 120 congregants who meet in Vitarelli’s ballroom in Oaklyn. He said that the church on Reeve Avenue would seat a maximum of 199 people, who would make use of the space primarily for an hour-long Sunday morning worship service. 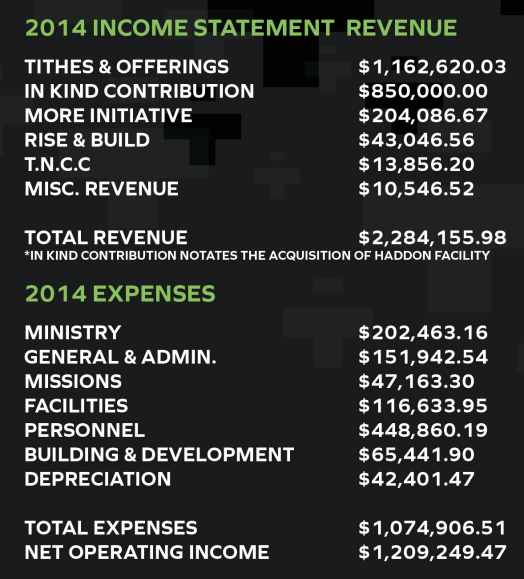 “My heart’s desire is that our congregation would grow, and that we would have more people attending our church,” Eisenhart said. “[This building] provides us significant space to grow.”

True North demolished the parsonage, Eisenhart said, because renting the building is “not our primary interest as a church.” A parking lot would serve a more functional need for the congregation, he said; namely, allowing greater ease of access to the property for disabled parishioners.

“We do have special-needs members of our church that have different disabilities,” Eisenhart said. “To have them get off in the middle of the street is a bit more dangerous than having a small lot where they could get in and out of their vehicles.”

Rinaldi stressed several times throughout the meeting that his client’s interest in creating a parking lot is solely limited to that purpose.

“We can occupy the church and operate without any parking,” he said. “It’s ridiculously expensive [to build]. We’d rather not have a parking lot, but we want to get cars off the street, as many as we can, and we want to have a place for people with disabilities to safely exit their vehicles.

“The parking lot is going to serve a very beneficial purpose,” Rinaldi said. “There is no other reason why this applicant would spend this amount of time and money.”

Despite the expense, True North presents as extremely well capitalized, with assets approaching $2 million against liabilities of less than $50,000, according to its 2014 financial statement. 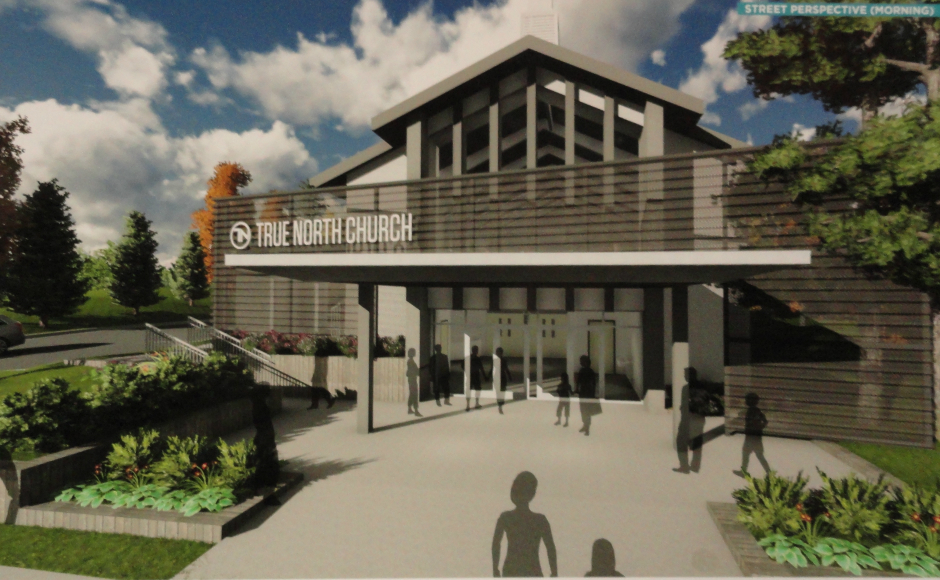 At the end of the meeting, board member Suzanna Discher wondered whether True North might “soften [the]impact” of the proposal by making the lot smaller and restricting its access only to the handicapped, a take with which most of the body agreed.

“The fact is there’s a safety issue, and people are going to come to that church whether there’s a parking lot or not,” said Board Chair Richard Rotz. “The situation is, from a planning standpoint, [determining]what’s the best use for that site.”

Board Member Frank Monzo acknowledged the crowd who’d endured the lengthy meeting, saying, “If the people that are most affected by it don’t want it to be there, then I’m going to have to go with that.”

Rotz called the intentions behind building the lot “laudable,” and he credited both parties for their engaged discussion.

“I understand what the applicant wants to accomplish,” Rotz said. “I also understand what the residents are objecting to. [If] it’s going to be done with appropriate landscaping and a different design, that would make it less impactful to the neighbors.”

In the end, Rinaldi said the church would be willing to prepare a scaled-down, 10-car version of the lot that included increased neighborhood buffering and vegetation, and more detailed drawings for the building signage and proposed front canopy, to be presented at an upcoming meeting.

“We will do whatever it takes to make this work,” Rinaldi said. “I recognize that this property is tightly adjoined by many surrounding homes. We will accommodate whether it’s with fences or shrubs or trees; whatever is required.”

The board tabled the proposal until then.