Trending
You are at:Home»Business»Two Fish Spinoff, The Little Hen, to Reopen for Dinner Under New Ownership

Longtime Philadelphia chef Alan Lichtenstein, whose resume includes Frog Commissary, Rose Tattoo Cafe, and Food for Thought, strikes out on his own with recipes perfected under former chef-owner Mike Stollenwerk. 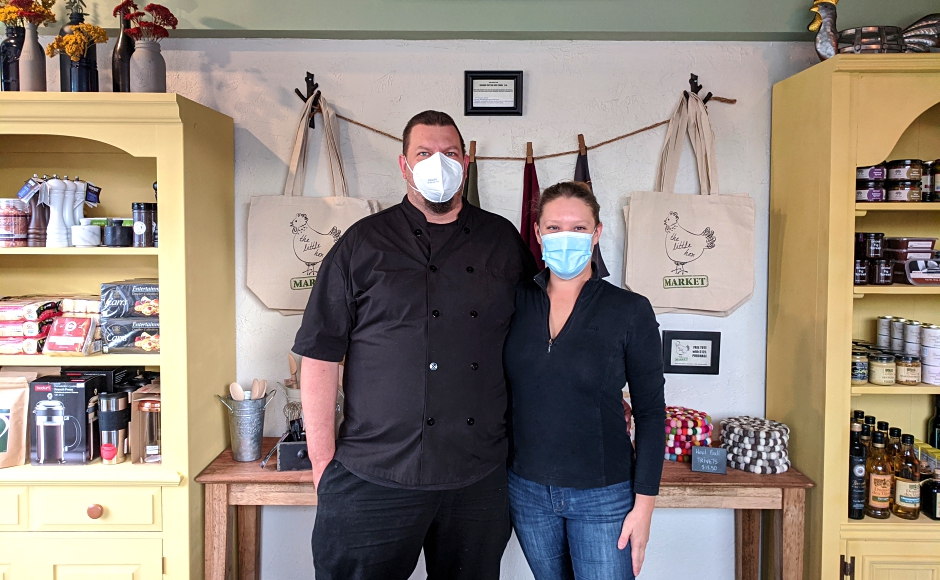 When Mike Stollenwerk and Felice Liebowitz of Two Fish BYOB opened the doors of their second Haddonfield restaurant, The Little Hen, the couple hoped to expand culinary options in the borough, leveraging Stollenwerk’s extensive training in French cuisine.

Sadly, they had little time to realize that vision before capacity restrictions at the tiny corner bistro were severely limited by the novel coronavirus (COVID-19) pandemic.

Instead, The Little Hen pivoted to a take-out model, featuring high-end gourmet sandwiches and a specialty market, tantalizing shoppers with imported goods and comfort foods.

Although the revamp saved their spot from closing altogether, the couple has decided to refocus its efforts on Two Fish exclusively.

“We appreciate all the customers and relationships we’ve built over the two years we were there,” Stollenwerk said. “The support was awesome.”

“It was a good pivot when COVID hit because nobody knew what was going to happen,” the chef said. “Now, as things are getting more relaxed, people are going back out; as a restaurant, [the location] is more financially stable. Felice and I are pretty busy with Two Fish, so we’re going to pass the torch.”

They’re not passing it far, either. Chef Alan Lichtenstein, with whom Stollenwerk opened The Little Hen, has bought the concept for himself, and will reopen the storefront for dinner service this week.

Stollenwerk described his friend as “a seasoned restaurant veteran” and his initial choice to execute the original dinner menu at The Little Hen. He expects customers will find a lot to enjoy in Lichtenstein’s cooking, particularly as pandemic restrictions are lifted and they return to dining out. 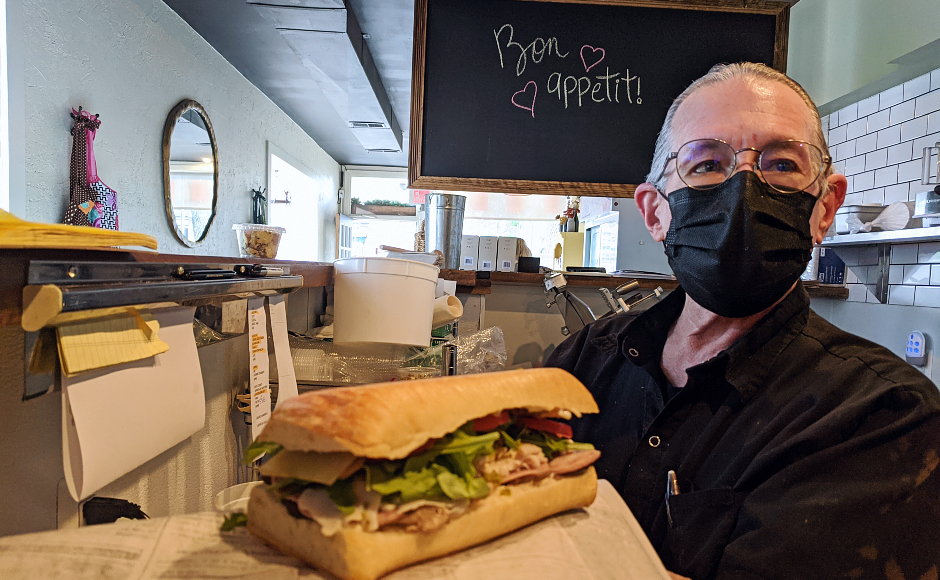 Lichtenstein launched his career at The Commissary in Philadelphia, where he learned from chef Steve Poses, under whom he continued at Frog Commissary as well.

He was a fixture at Rose Tattoo Café in the Fairmount neighborhood of the city, and spent considerable time at both Wild Orchid and Food for Thought with Robert and Liz Sanabria.

Despite the longevity of his career, The Little Hen will be the first restaurant Lichtenstein ever has owned. At 68, he confesses that the idea of it on paper is somewhat daunting, but in the kitchen, “it feels fine.”

“Mike was pretty much my mentor here,” Lichtenstein said. “A lot of these dishes we’re keeping, he taught me.”

Shared plates will include such staples as sautéed radishes with salted butter, marinated Greek mushrooms, chicken liver mousse, and a shrimp remoulade with capers, celery root, and chive.

For entrees, Lichtenstein will offer a duck breast with duck fat roasted potatoes and a duck jus, as well as steak frites with a mustard brandy sauce and marinated red onions.

Seafood fans will enjoy a skate wing with lemon capered brown butter, served over French tabbouleh salad, and those who prefer a classic French chicken breast will appreciate Lichtenstein’s two-hour sous vide preparation, finished on the grill over a white bean, fennel, and green olive stew. 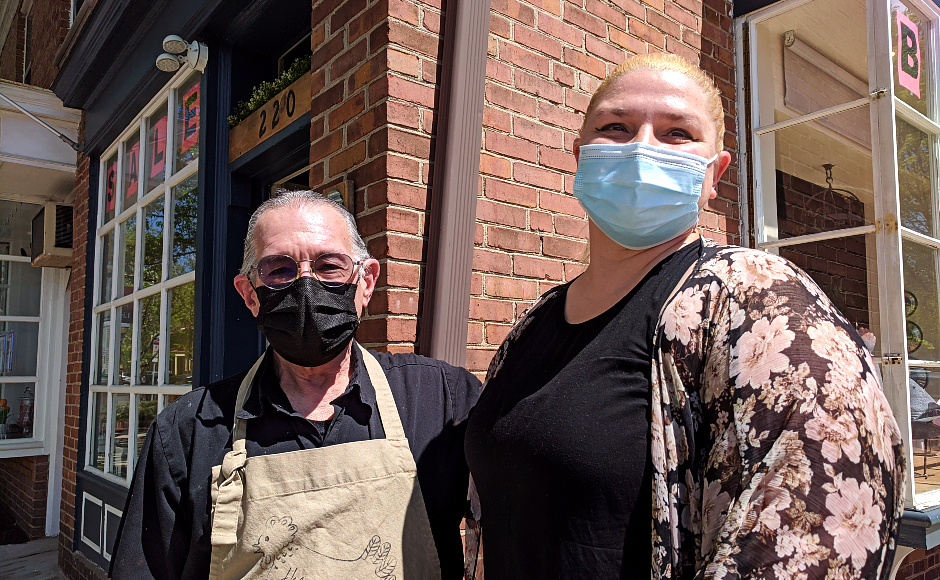 Lichtenstein hopes to offer two seatings, an early and late dinner service, in “a nice, relaxed atmosphere” that will include al fresco seating on the corner of King’s Highway.

Handling the front-of-house duties will be Lauren Johnson, who’s been at The Little Hen counter since it opened.

“We are 100-percent wanting to maintain the original integrity of the Little Hen restaurant,” Johnson said.

And like Lichtenstein, she’s anxiously awaiting expanded restaurant capacities that are anticipated across the state.

“It’s definitely there,” Johnson said. “I’m getting more and more calls every day [asking about] dine-in.”

Unfortunately for fans of its sandwiches, The Little Hen will discontinue that menu upon turning to dinner service this week. However, Lichtenstein said he’ll been keeping the recipes in his back pocket—just in case.

The Little Hen BYOB opens for dinner starting Thursday, May 6, at 4:30 p.m. Service will be Wednesday through Sunday ongoing, with final reservations taken at 8:30 p.m. For more information, visit littlehenbyob.com or call 856-528-2282.