A multi-family home at Walnut Street and Lincoln Avenue erupted in flames early Wednesday morning, drawing fire companies from throughout the area. Two occupants were transported with minor injuries. 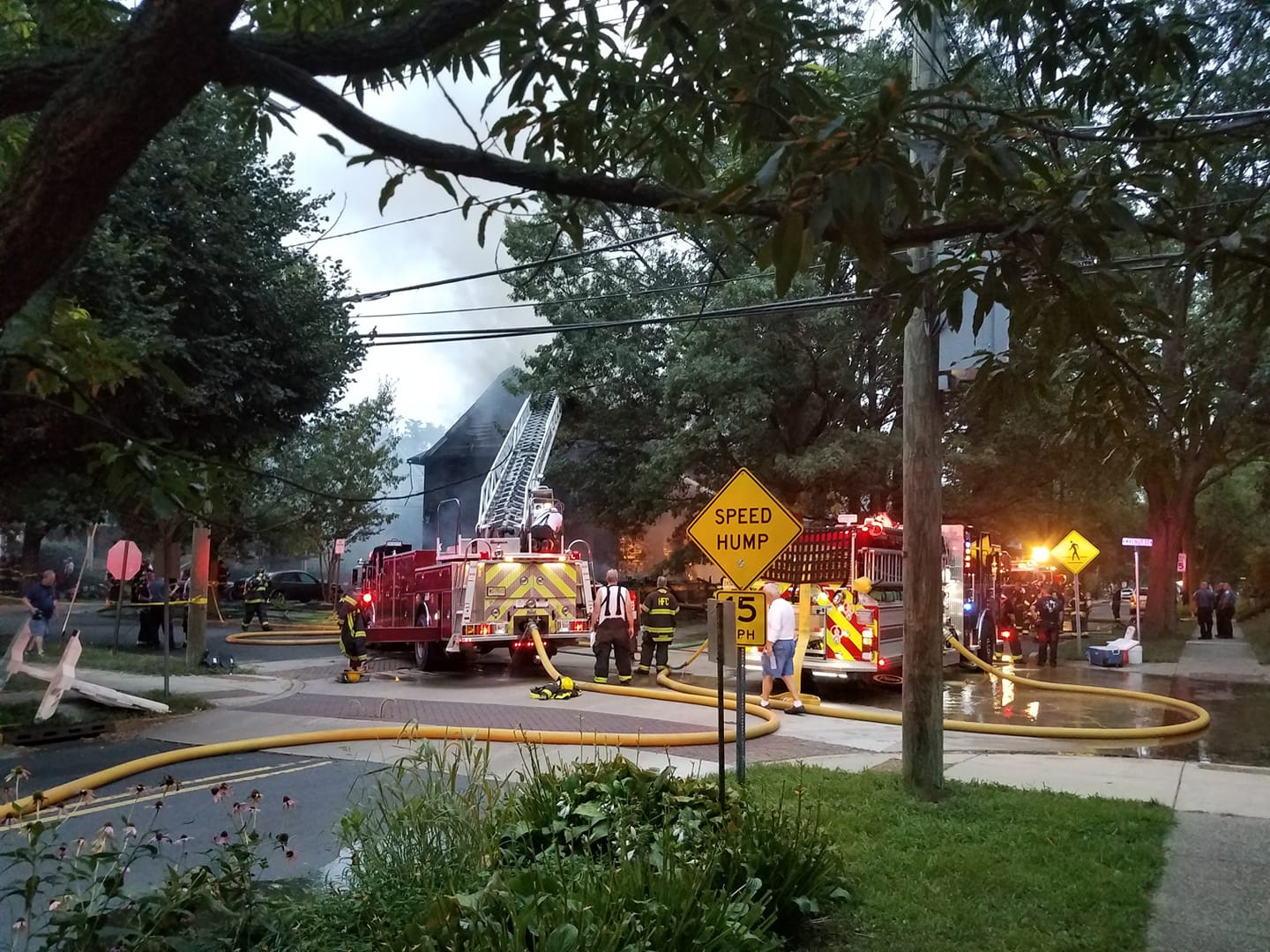 First responders were dispatched to a twin home in the unit block of Walnut Street at 5:07 a.m., said Haddonfield Fire Chief Sam Trotman.

They arrived to heavy fire showing at the front of the house, and quickly realized it was a multi-family dwelling with two sides of the building engaged, Trotman said.

The response escalated to three alarms and an all-hands call, as firefighters on the scene got to work with hand lines. Their work was slowed by downed power lines on Lincoln Avenue and Walnut Street, which forced emergency vehicles to re-route.

After firefighters knocked down the bulk of the fire from outside the building, crews pressed into the interior of the home, and continued to attack the fire on its first and second floors. Inside, they discovered a young girl and her father had suffered burns to their feet, and transported both to the hospital.

The fire was finally placed under control by 6:55 a.m., almost two hours after the initial call went out.

No firefighters were injured in the rescue efforts, but at least six people from two families have been displaced by the incident, Trotman said. They are being assisted by the Red Cross and local Office of Emergency Management.

Trotman thanked them all for their work.

“Thanks to everybody for their support and their efforts,” the chief said. “[The firefighters] did a great job in containing this.”