The fire consumed a handful of apartments in the 1100 block of Haddon Avenue, displacing a few tenants. Responders from six fire companies knocked it down within a half-hour of arriving on the scene. 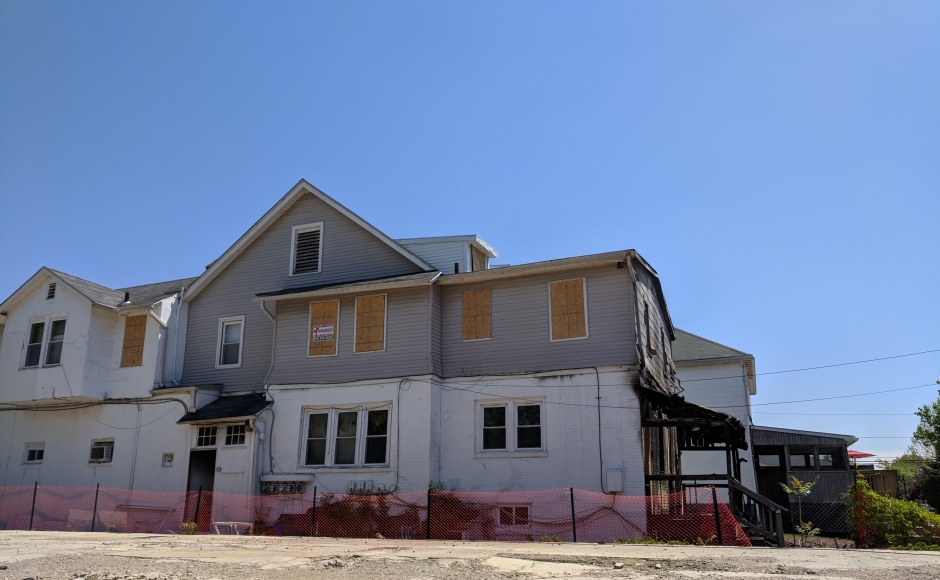 The side view of a Collingswood rental property that suffered a significant fire May 7, 2018. Credit: Matt Skoufalos.

An overnight building fire in the 1100 block of Haddon Avenue in Collingswood sent two women to the hospital with smoke-related injuries and displaced other tenants in adjoining units.

Collingswood Fire Chief Keith Davis said responders were dispatched to the area of Ogden and Haddon Avenues at 1:30 a.m. Tuesday for a report of a house fire.

As firefighters pulled up, they saw flames visible from the rear of the building.

Davis said two women were seen leaning outside of its second-story window with thick smoke showing behind them. Firefighters split the crew, ran a ladder to the second floor, and evacuated them.

The women were transported from the scene by emergency services for treatment of smoke inhalation. One was sent to Our Lady of Lourdes hospital.

The other was evacuated to Cooper University Hospital, and later transferred to the Crozer-Chester Medical Center with airway burns; she is in critical but stable condition, Davis said.

Firefighters from Collingswood arrived within two minutes of dispatch, and the fire was under control within a half-hour, with mutual aid from departments in Westmont, Gloucester City, Pennsauken, Cherry Hill, and Camden. 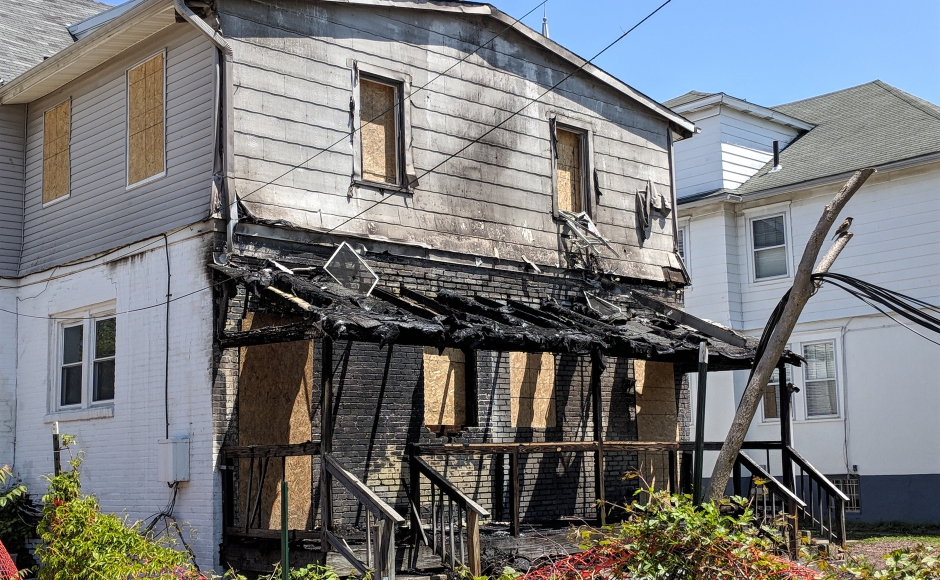 Collingswood Fire Chief Keith Davis said a fire started on the rear porch of the building and consumed a few apartment units inside. Credit: Matt Skoufalos.

The cause of the fire is as yet unknown, and Davis said that the hospitalization of the victims has made it difficult to gather details.

Nonetheless, he believes it to have been accidental.

Investigators believe the fire originated on the rear deck of the property, spread to the interior, and then encompassed the second floor as well.

“We haven’t determined the cause of ignition, but nothing was intentionally set,” the chief said.

“We’re still continuing to talk to the victims.”

The building layout includes two first-floor storefronts and two second-floor apartments above them, plus two two-story apartments with an entrance in the rear of the property.

One apartment was vacant at the time of the fire, one was occupied but the tenant wasn’t at home, and in another, the tenant heard the alarm and was able to exit uninjured, Davis said.

“They had working smoke alarms that were sounding when we arrived,” Davis said. “I just believe the fire spread so quickly that it trapped their means of egress.

“We like to reiterate that everyone should have a smoke detector on every level of their house, one on each level of bedroom, and if residents need them, we’ll be happy to install them for free,” he said.