Trending
You are at:Home»Government»Up Next in 2017: Oaklyn Looks to Infrastructure, Redevelopment Projects

Oaklyn Mayor Bob Forbes said the borough is working to repair vital water and sewer lines, redevelop abandoned homes, and press ahead with a grant application to revive its local pool. 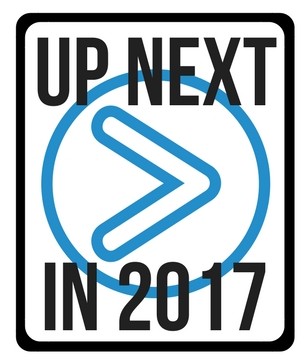 Like many of its neighbors, Oaklyn is working to address a number of underlying infrastructure needs at a time when budgets are tightening.

In 2017, the borough has planned a handful of improvements that Mayor Bob Forbes said are aimed at redeveloping underutilized properties and expanding offerings for residents while continuing to support the uptick in growth that its business community has enjoyed in 2016.

For starters, Oaklyn, like many towns in New Jersey, is struggling with the headaches associated with abandoned properties.

Owners are required to register with the borough, so there’s some transparency, but with a maximum annual fine of $3,000, “banks are just paying it” and writing down the losses, Forbes said. Next door, Collingswood has bonded money and launched a pilot program with the St. Joseph Carpenters Society to flip its abandoned properties, while in Somerdale, Mayor Gary Passanante is looking to partner with development groups to address its inventory of “zombie” homes, of which Forbes estimates there are about 50 or 60 in Oaklyn.

Both communities “have interesting aspects of their programs,” Forbes said. “[Councilwoman]  Dot  [Valianti, director of planning and zoning] is looking to see whether one’s better suited to Oaklyn.”

At the same time, Forbes said Councilman Greg Brandley, the borough finance director, is leading work on a 5-year master plan for capital spending. The long-term needs of the Department of Public Works are front and center in it, which Forbes said needs a new garage in order to lengthen the lifespan of its equipment. The borough is considering replacing its current building at the end of Cedar Avenue with a prefabricated structure.

Forbes said Brandley’s plan also will address “the elephant in the room”; i.e., an expensive water and sewer infrastructure repair project on the east side of the White Horse Pike. New financing options available through the Camden County Municipal Utilities Authority (CCMUA) offer zero-percent interest on a 20-year timeline for that project; previously, the borough had applied for funding through the USDA Community Facilities Direct Loan & Grant Program. 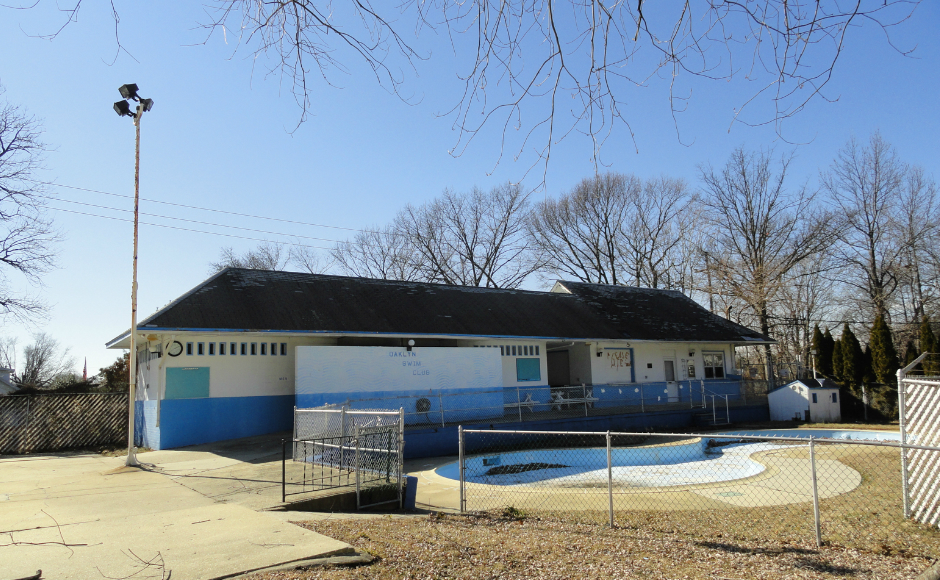 Councilwoman Krista Egan, the borough’s director of buildings and grounds, will be spearheading an effort to renovate the Oaklyn pool, a project that has lingered for want of funds.

In April 2015, the borough fielded a pitch from Aqua One Services of Swedesboro, but the company’s $243,000 bid seemed to not cover the bulk of repairs that Forbes expects the site will require.

The pool itself is sound, the mayor said, but its facilities will need more extensive renovations, including handicap accessibility, a new roof and floors, demolition of its locker rooms, and baby pool renovations to prevent small children from jumping in. Once the overhaul is completed, Forbes said the pool still needs an operations plan.

“I’m in favor of the pool, but I’m cautious of it because of the expense,” he said. “It’s a balance.”

Alternatives exist at both ends of the spectrum. Forbes said the borough has fielded an offer from a local moving company to buy the property, fill it in, and make it into a parking lot; there also have been discussions to acquire land from the adjacent Dubin and Suburban New Jersey Lumber Company to expand the property the pool occupies.

Some relief might come in the form of an NJDEP Green Acres grant, “but those grants are very competitive and very extensive,” Forbes said. In the meantime, the borough will dedicate $10,000 to seed a feasibility study on the pool and will spend 2017 working on the grant application process. 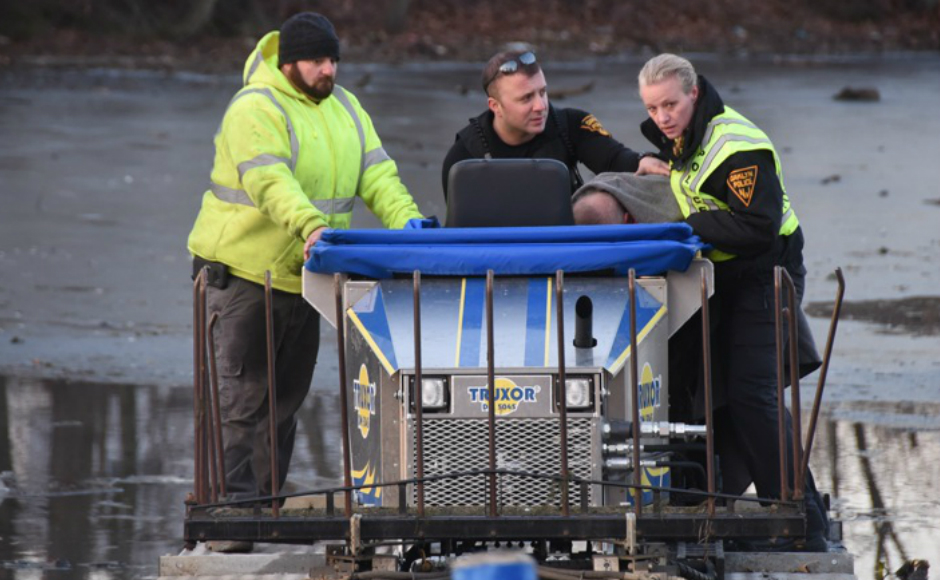 Forbes said the borough is also exploring opportunities to convert the annex at the borough fire hall into a senior center, and Councilman Chuck Lehman, Oaklyn’s director of recreation and senior activities, will work on programming for it.

In the meantime, Forbes said the council likely will dedicate some of its Community Development Block Grant funds towards updating the facility.

Those would include repairing a wheelchair lift, reconfiguring the fire hall bathrooms to join the annex, and potentially adding a three-stop elevator to the building.

On the environmental front, Forbes said Oaklyn is continuing to work on maintaining its portion of Newton Lake, which includes the Peters Creek waterway. The Camden County government is planning a full dredge of the lake, and the mayor said Oaklyn intends to coordinate its efforts with theirs. The borough is also using its Truxor amphibious vehicle (which participated in an unlikely water rescue a few weeks back) as a shared service.

For example, in exchange for clearing some lakes in Cherry Hill, that township will use its sewer equipment to capture video footage of Oaklyn sewer lines that can inform repairs. Forbes hopes to broker a similar exchange with Audubon Park, its neighbor across the waterway.

“The problem with Peters Creek is that it’s owned by two municipalities that don’t really have a lot of money to spend,” Forbes said. “When the county starts working on Newton Lake, we’ll do partnerships with them.”

Even only put into service locally, the Truxor runs “nonstop,” and removed 31 tons of vegetation from the lake in 2016—still “only about half of what we could have taken out, focusing only on the Oaklyn side,” the mayor said. 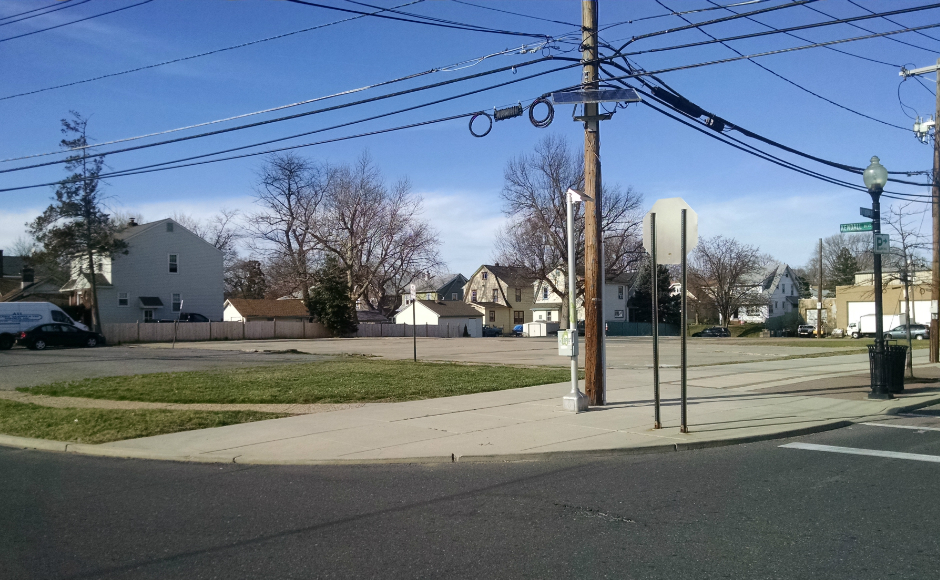 Shared services could also come into play as Oaklyn works to overhaul the Terminal Vending lot at the end of its West Clinton Avenue business district.

Forbes said Oaklyn might be able to broker a deal with the borough of Bellmawr for repaving the lot; at market rates, it could cost anywhere from $150,000 to $250,000, by his estimate.

The mayor also plans to press ahead with the search for a local developer to subdivide a portion of the lot into two new parcels that would create single-family homes on Kendall Boulevard. Forbes said he believes it’s “essential” to the health of the business district for it to be bookended by the municipal lots.

“I think we’re continuing to expand from an economic development perspective,” he said. “It’s a grassroots effort but it’s small, local businesses who are doing it. It’s not just the overflow from Collingswood. We’re trying to continue to be a community and not a development.”

Forbes pointed to the success of last year’s Final Fridays Farmers Markets and Food Trucks event as justification for continuing the street fairs in 2017. However, he also said that an anticipated piece of business development will not be coming to fruition: the popular Lindenwold-based Mexican restaurant La Esperanza has abandoned a plan to build a satellite location at the former Burger King site on the White Horse Pike.

“They’ve got a great restaurant, and they’re great people to work with,” Forbes said. “I love the Cordova brothers but it was difficult to find the right fit for them. We all tried, but it was just coming in way too expensive.” 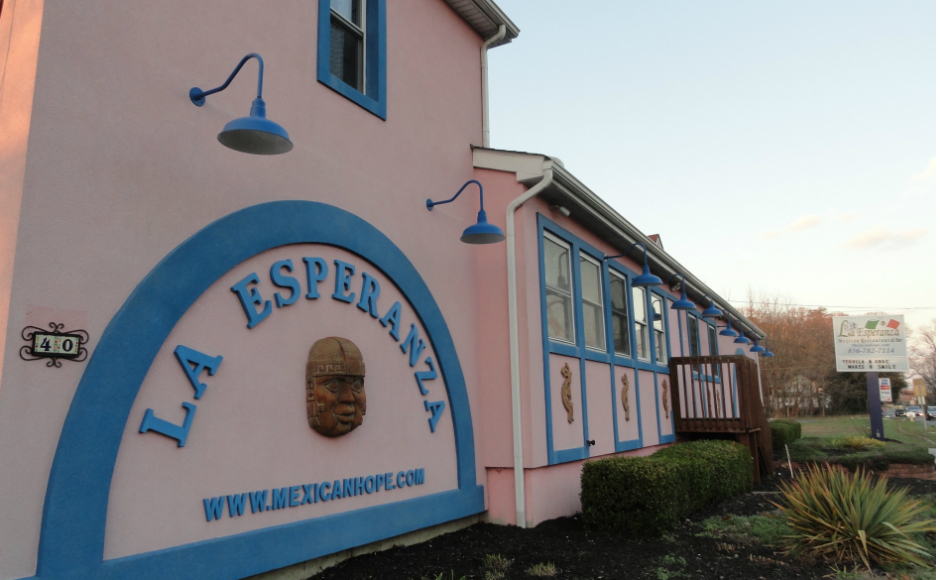 The Cordova family has instead sold its liquor license to the Amato Brothers, who lost their deli in a February 2016 fire.

Owner Mike Amato had been planning to renovate its property prior to the disaster; now he’ll be adding package-goods service to the business model.

Forbes said he expects reconstruction of the sandwich shop to begin within the next couple of months.

Additional development may continue to suffer from pressures related to the disconnect between property values and the sizes of mortgages with which they’re saddled, the mayor said.

“Everybody mortgaged these properties to the hilt, but they’re all underwater,” he said. “We’re stuck with that.”