Trending
You are at:Home»Police & Fire»Audubon»UPDATE: Audubon Man Charged in Shooting Death of Roommate

51-year-old Steven Johnston was discovered dead of apparent gunshot wounds before 3 a.m. Saturday, officials report. William A. Clark, III, 50, of Audubon, has been charged with the crime. 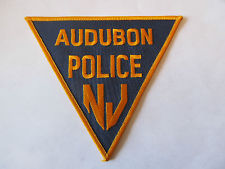 UPDATE: Authorities have charged 50-year-old William A. Clark, III of Audubon with first-degree murder in the death of his roommate, 51-year-old Steven Johnston of Audubon.

According to the Camden County Prosecutor’s Office (CCPO), Clark, III told a 9-1-1 dispatcher that he had shot Johnston in the head after an argument shortly before 3 a.m. Saturday.

Clark, III was taken into custody without incident by Audubon Police.

“In a recorded statement, Clark said he and Johnston, who was his roommate, were having a conversation inside their apartment,” CCPO said in a statement.

“Clark said he became upset during the conversation and shot Johnston.”

Clark, III has been jailed in the Camden County correctional facility on $500,000 bail.

All persons charged with criminal offenses are presumed innocent until found guilty in a court of law.

A 51-year-old Audubon man was found dead in the borough just before 3 a.m. Saturday, the victim of apparent gunshot wounds, according to the Camden County Prosecutor’s Office.

Police were called to an upstairs apartment in the 400 block of the White Horse Pike where they discovered the body of Steven Johnson.

A man was arrested immediately at the scene, and is being questioned by investigators. His identity was not yet released, and charges are reportedly pending.

The last reported homicide in the borough occurred in March 2014, just a block up the street. According to the CCPO, 23-year-old Brandon Mosby of Camden was charged in the shooting death of 48-year-old John Carey of Audubon after Carey attempted to intercede in a domestic incident.

Mosby was later arraigned in that case, CBS Philly reported.