For a brief moment in time, an unassuming warehouse in Cherry Hill held the imagination of the entire skating world. 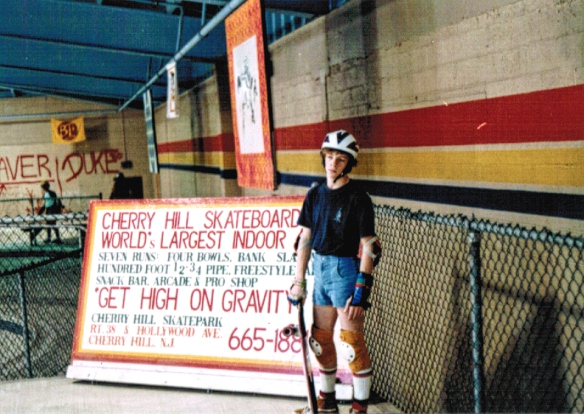 The history of skateboarding is punctuated by ebb and flow.

From its inception as an offshoot of surfing, the sport has always flirted with mass appeal, particularly among teenagers.

It’s physically challenging, potentially dangerous, and takes a while to master.

But those who fall in love with a skateboard say the long hours spent finding balance and freedom in its movement are unlike anything else.

For a few years at least, a generation of skaters tasted moments of glory in a cavernous warehouse just off Route 38. Short-lived though it was, the Cherry Hill Skatepark persists in their memories as one of the best there ever was.

‘The fantasy of surfing on concrete’ 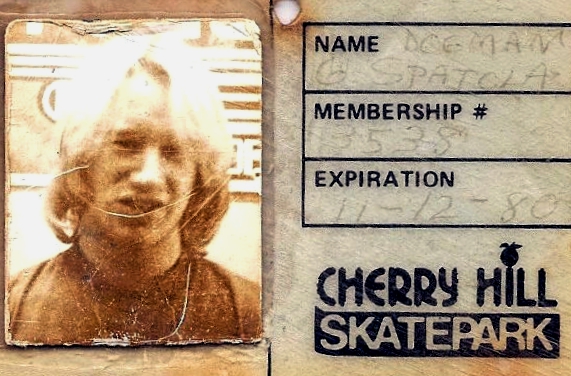 Spatola, who preferred to spend his time in the skate section of The Peddler’s Shop in Haddonfield, eventually landed a gig in a shoe store.

Then one day, he discovered a lot of the guys from the bike shop had all been hired onto another project: building the first skatepark in the area.

“My brother came home and told me he’d been hired on,” Spatola said. “I kinda felt shorted at first, until I saw just how hard they were busting ass over there.”

When he visited the job site, Spatola saw his compatriots hauling dirt and shaping concrete in the summer heat, and then “wasn’t minding the shoe store job so much.”

Haddon Township resident Kevin Donahue was one of them sweating it out there. He had only his curiosity to blame for it.

“I came back from the shore just after my 16th birthday, and word was out that somebody had built a skatepark in Cherry Hill,” Donahue said. “Nobody had the address, but I knew the general vicinity. I strapped my skateboard to the back of my moped, and I just went. 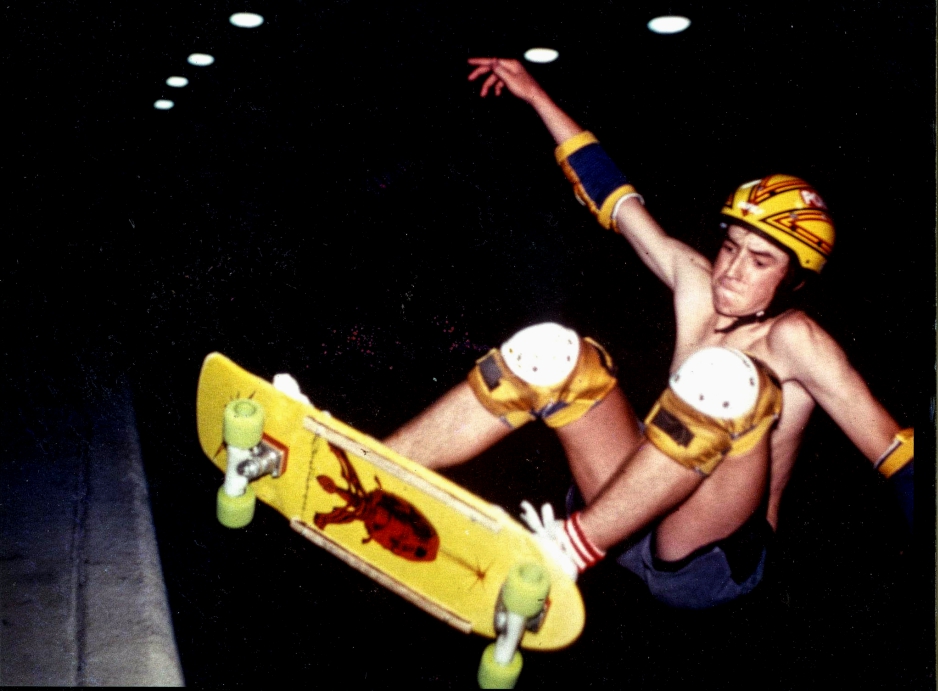 But it was Wally Hollyday, a 19-year-old local—and, more importantly, a skater—who had been recruited to design the park.

“[Hurley] was the guy that hired me,” Hollyday remembers.

“He came out to California, where I had just built my first park in Lakewood,” Hollyday said.

“The original design was done by Ernie Martin, a professional skater who was one of the top pros on the east coast, and a good friend of mine.”

Martin’s chief contribution to the project was the idea that “it should be all pools,” Hollyday said. Hurley and Durst let him springboard from that approach.

For a kid from the Barclay Farms neighborhood who’d grown up skating in empty pools, reservoirs, and drainage ditches on the border of I-295, Hollyday wanted his park to offer a smooth, continuous ride.

“You could ride [those drainage ditches]like a wave,” Hollyday remembers; “hit them from the side, drop down, pump through that flat floor, and hit them on the other side.

“We were all surfers,” he said. “[The park] was all about simulating the riding of a wave. That fantasy of surfing on concrete was all in my design.”

For a skateboarder like Spatola, that was the ultimate thrill: a series of concrete pools united via “almost flawless” transitions.

The big pool, also known as the “egg bowl,” was about 13 feet deep. It allowed skaters to ride continuously for an almost unprecedented length of time across banks and bowls that mimicked the flow of ocean waves, which suited Spatola’s style perfectly.

“It was a perfect park for the bowl rider,” he said.

MacDonald, who ran jackhammer crews on the job, and later stayed on to help with operations, said Hollyday had “a phenomenal eye” for shaping its concrete landscape.

“He was amazing at being able to look at a hole and shape it into a perfect ride; a perfect bowl, a perfect half-pipe,” MacDonald said. “And the word got out.” 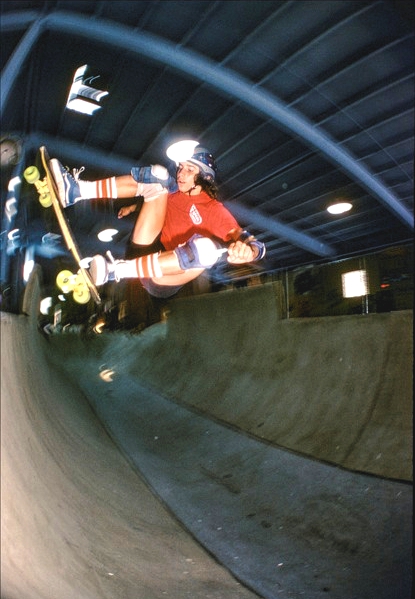 The best in the country

When Cherry Hill Skatepark opened in 1978, there was almost nothing else like it in America.

Hollyday invited pro skaters from the West Coast to attend the grand opening.

The buzz that followed helped solidify its burgeoning reputation.

“They flew in a bunch of pros to make the opening a real big deal: Jay Adams, Tony Alva, Brad Bowman,” Hollyday said.

“It helped with the legacy of it because the guys I picked were some of the best skaters at the time,” he said.

“The world got out, and then the Dogtown Boys decided to come east to try it,” MacDonald said.

“They were the people that everybody wanted to copy their work.”

Donahue, who landed a job working in the pro shop at the skatepark, called it “the best high-school job in the world.”

“I got to know my heroes,” he said. “I’d come to work after school on a Wednesday, and there’s Tony Alva, Jay Adams, Shogo Kubo, Stacy Peralta, Brad Bowman. We’d have music blasting through the place and these guys shredding the pools. It was amazing.”

The West Coasters started mixing with local talent, Donahue said, and that’s when Philadelphia-area skaters like Jami Godfrey and Mike Jesiolowski emerged from the pack. The presence of top pros in the sport had inspired everyone to start pushing themselves harder, developing their skills in that park. Some of them were recruited by Stacy Peralta for his Bones Brigade series of skating videos.

“Nowadays it’s taken for granted that you can ride anything because the skill level is so high,” Hollyday said. “I was all about quality of transitions and making sure it was smooth and very rideable.”

“As younger kids started coming in and doing more tricks, we’d joke that ‘tricks are for kids,’” Donahue said. “But I was a surfer. There was a small freestyle area, and you could just carve that thing uninterrupted for hours if you wanted to. It was all about carving and grinding, basic air.” 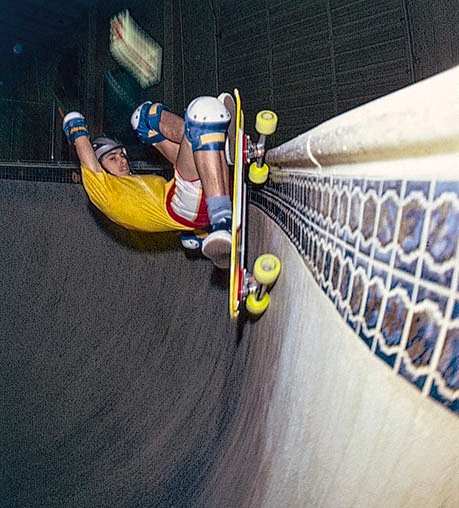 And then, as suddenly as it had ascended, the skating buzz subsided.

Cherry Hill Skatepark changed hands just a couple years after it had opened, and the new owners shut its doors maybe a year after that.

Opinions differ on what went wrong.

Spatola believes a generation of kids was romanced away to pursue BMX biking, which peaked in the decade to follow.

MacDonald wondered whether infighting among the new ownership group soured some of the regulars on the place.

Hollyday, who went on to a 30-year career in skatepark design, guessed that Cherry Hill, like too many parks of its day, was run on a membership model that was financially unsustainable.

“Skating is the kind of thing where kids need to do it every day,” Hollyday said. “It’s not like going to the movies once a week. If communities could start thinking of skateparks as community centers, all of a sudden it makes sense. You get more kids hanging out, and it’s what the kids want.”

Most skateparks today are built on public space, and are free to ride. Liability isn’t the issue it once might have been—Hollyday said legal precedents have decreed it a dangerous activity in which the participants willingly assume the risks—but finances can be.

MacDonald, who helped get a skatepark built in his hometown of Medford saw the scope of that project degrade over a decade of political stagnancy. After that protracted timeline, the $300,000 he’d raised “didn’t buy as much as it did when we first got that money.”

But for kids who need the outlet, a free, public skatepark is still a viable pursuit, Donahue said. He’s tried for a few years to situate one in his hometown of Cherry Hill, to no avail, and believes a partnership with the Camden County government might help reinvigorate the project. 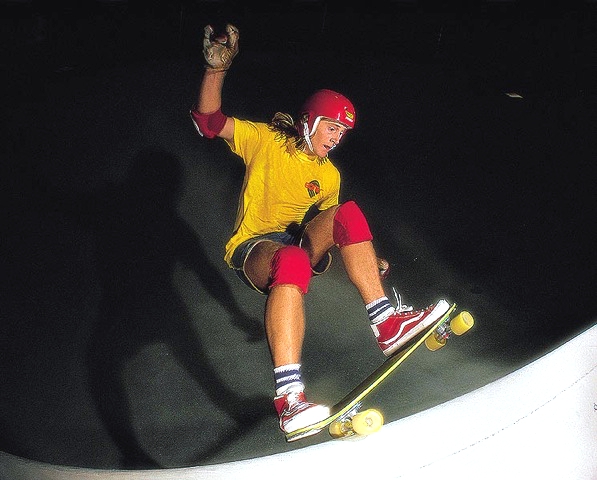 “Back when I was a kid, you had football, baseball, and basketball,” Donahue said.

“There was a select, small number of people that could do that.

“I wasn’t tall, I wasn’t strong, but I stumbled onto the fact that I could ride a skateboard.

“Some kids are stick-and-ball guys, some kids are into music and theater, but there’s that whole gap of kids that have nothing to do—and this is the important part—nobody cares,” he said.

“What happens to kids when they get bored? They start doing these undesirable things. If they had some skatepark-combination-BMX-pump-track, that would take care of a big part of that demographic that has been ignored for too long.”

One thing’s for certain: if and when some community resurrects the skatepark model in Camden County, it won’t be at the old site on Hollywood Avenue.

Today, that block houses an industrial warehouse complex owned by Keystone Industries. Despite some apocryphal tales that the Cherry Hill Skatepark lies dormant beneath its floorboards, Executive Vice-President Larry Steffier says it’s been dug up and concreted over. That doesn’t stop the inquiries, however.

“Maybe every three to five years, somebody either calls or stops by or interviews people about it,” Steffier said. “When we made some modifications and dug up some of the concrete to put additions in, we hit the skatepark. It’s underneath, but it’s concreted over.”

Spatola, too, was an eyewitness to its destruction. After the park’s second owners closed it down, he remembers climbing in through a vent, and skating for a month-and-a-half until the heavy equipment arrived. 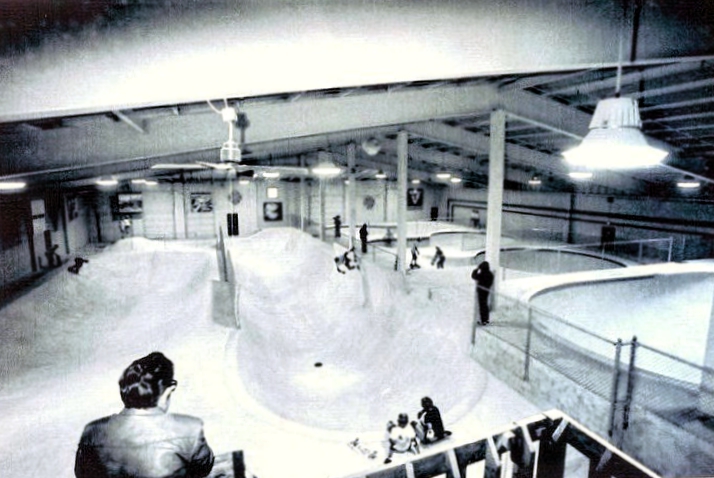 “We came in one day to the devastation,” he said. “Little by little, it was demolished. I was there; I saw it. It can’t be unearthed. Now you just have to build another one.”

Hollyday is sympathetic to the fondness of memory to which many fans of the skatepark still cling. He’s still proud of its prominence in the history of the sport, but he stops just short of calling it the best park of all time. 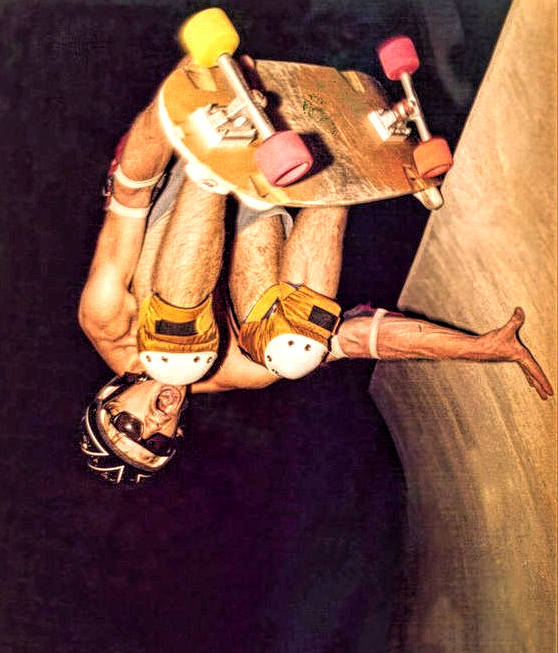 His peers are more full-throated in their remembrances.

“That park was way ahead of its time,” MacDonald said.

“It was amazing,” Donahue said.

“It represented one of the happiest points in my life,” Spatola said.