Trending
You are at:Home»Government»Cherry Hill»Visions for 2016: Cherry Hill to Improve Resident Connections, Infrastructure

The township will repave Route 70, blaze a short-but-necessary trail in its Kenilworth neighborhood, and begin to redevelop its gateway properties in 2016.

In this installment, Cherry Hill Mayor Chuck Cahn talks about how the township is working to advance the delivery of its services, create a roadmap to sustainability, and overhaul its redevelopment zones.

After voters returned him to office for another term in November, Cherry Hill Mayor Chuck Cahn views 2016 as “a year of continuation”—of municipal priorities, redevelopment plans, and a number of projects designed to give township residents a broader scope of service.

“When you tell people you’re from Cherry Hill, the first question is, ‘East or West?’” Cahn said. “It is fragmented because of the town being the way that it is. As the mayor, that’s the challenge.”

Without a central downtown, Cahn said Cherry Hill works to promote a “micro-theory” of neighborhood character within its housing developments. Residents flock to Cherry Hill for its proximity to the greater region, be it Philadelphia, the Jersey shore, or the commercial district around the Cherry Hill Mall. But in a township that’s nearly 25 square-miles in area and is dissected by major highways like Routes 70 and 38, Cahn believes the continuity of experience is best dictated through consistent provision of services.

One of the biggest projects ahead in 2016 involves the maintenance of Route 70, the major byway in the township, which will be repaved from mile marker 0.0 on the Pennsauken border all the way to Marlton.

“People are going to think that is the reconstruction of Route 70, but it’s not,” Cahn said. “This is really just the band-aid for the next three years. Then in 2019, they are going to do the full mill and overlay; drainage, water retention, addressing the sinkholes.”

That full restoration will be a two-year project, from 2019 to 2021, and will involve elimination of “some of the cut-throughs that are dangerous now,” the mayor said. 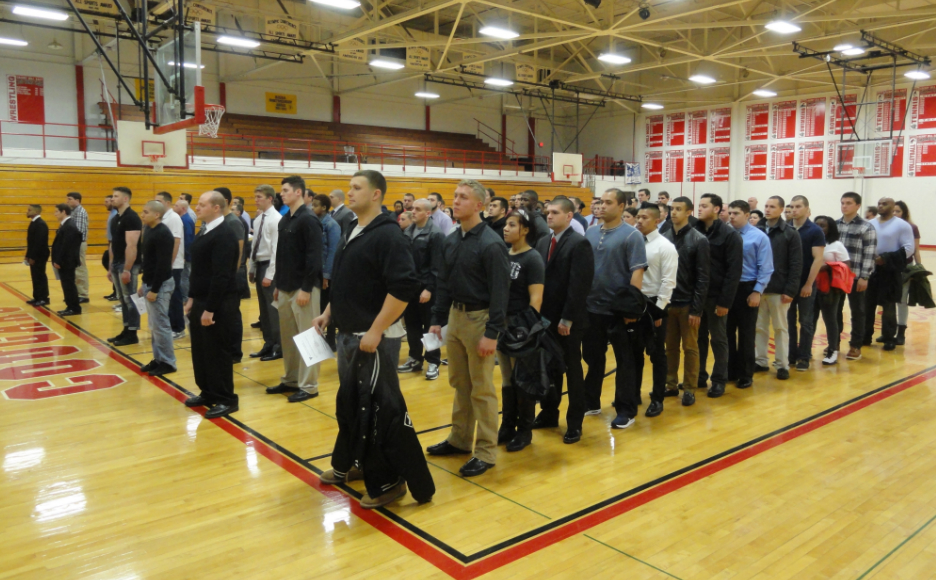 Another way to connect the diverse population of Cherry Hill involves bringing them closer to the people who protect them. Together with Cherry Hill Police Chief William “Bud” Monaghan, Cahn has worked to support the accessibility and diversification of the local police department.

A recent example of that strategy coming to fruition was on display earlier in 2016, when Monaghan opened up the police application process to public inspection for the first time.

“No matter what you do, it’s just a challenge to get diversity in your police department,” Cahn said. “Our goal is to take down all the barriers. I think the chief sets the standard and the bar. He’s out and about in the entire community, and his captains as well.”

In addition to diversifying the township police force, Cahn said that Monaghan has been working to implement DDACTS, a national, best practices policing strategy that focuses less on geographic patrols and more on areas of greater criminal concern. DDACTS (Data-Driven Approaches to Crime and Traffic Safety) informs police deployment based on “hot spots” of activity, allowing officers to make better use of their personnel. Cahn said the new approach puts police in places where “the crimes are actually happening.

“We’re actually beating the bad guys to the punch,” he said. “That’s reducing the crime stats.”

The data also provided greater intelligence on areas of increased criminal activity that were later zoned for redevelopment, such as the America’s Best Value motel, which Cahn said had racked up some 4,000 calls for service in the last three years.

“It was all drugs and prostitution, and a burden to our police force, who had to respond to all the things that were happening on one site,” he said. “It was pulling the resources on one part of town to another part of town.” 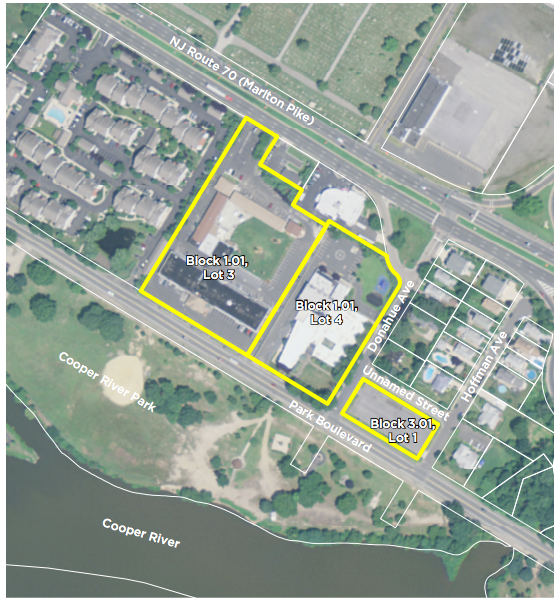 That motel is part of a recently approved redevelopment plan that will convert the acreage at North Park Drive and Route 70 into some 192 “Class A” rental apartments. Cahn believes the site should be online within the next 18 months to two years, attracting a mix of young professionals and empty-nesters who are interested in direct access to the adjacent Cooper River Park.

“At the Park Boulevard site, you have direct access to [the]shopping [and]restaurants that Cherry Hill has to offer,” Cahn said. “We believe it’s going to be award-winning. It’s a great re-use of that piece of property, and not an impact on traffic, not a big impact on schools. The big issues that people get concerned about, I think we’ve mitigated those in this complex.”

Like that parcel, which is known within the halls of township government as the Park Boulevard Gateway project, consultants Group Melvin Design have also been tapped to work on the 35-acre Victory Refrigeration site, which the township designated for redevelopment in late 2013. After a failed attempt to relocate Subaru there, Cahn foresees the space becoming a mixed-use rental project that could house a hotel, corporate offices, or congregate care. The site would accommodate no more than 370 housing units, he said, and its proximity to the PATCO Hi-Speedline and Interstate 295 make it ideally suited for commuters of all stripes.

Cahn said that the project will be at least a few years in the offing, as the township develops a study and formulates a vision for the use of the land.

“What we see is a lot of people want to be in Cherry Hill,” he said. “We don’t see any barriers of commercial development; our only barrier is [that]land is our scarcest resource.” 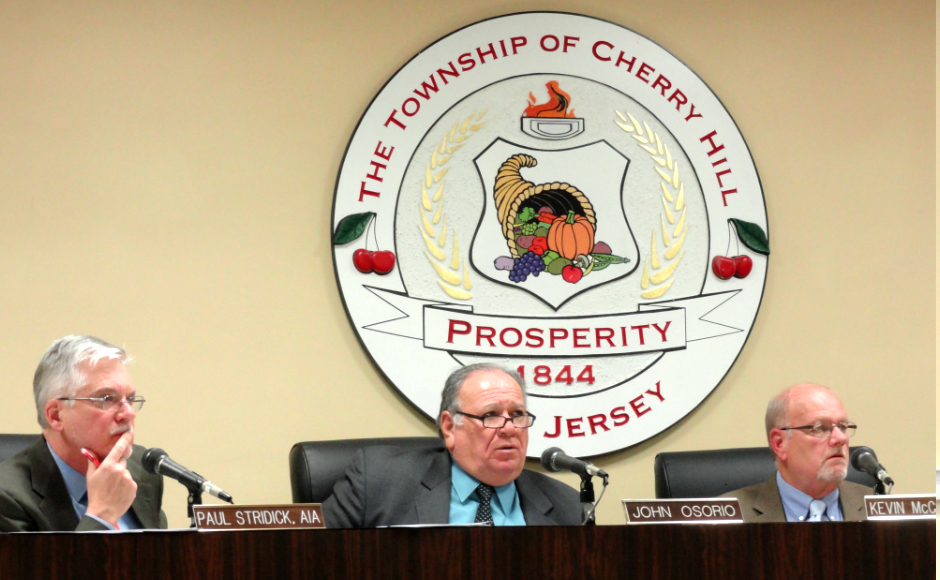 Redevelopment will continue apace throughout the region, Cahn said, as efforts to bring Costco to the former Garden State Racetrack site will continue within the next year or so. At the adjacent site, which houses the ShopRite and NJ Transit platform, the township is also moving forward with its Kenilworth connector project.

The new infrastructure will carve out a foot-and-bike path through the wooded area adjacent to the Kenilworth and Woodland developments, allowing residents of those neighborhoods direct access to the ShopRite plaza from Olive Street. Cahn expects the project will begin in March or April and should be turned around within 90 days.

“The county has approved that through their open-space funding,” he said. “We’re just waiting to sign an easement agreement with the Department of Transportation.”

The Kenilworth connector is one way in which the township is working towards improved connectivity as a function of sustainability. In 2016, Cherry Hill will adopt a master plan for its sustainability that Cahn described as a five-to-10-year roadmap with specific guidance for the future of its municipal structures, including the footprint of township buildings.

“It’s a conversation because we have to think internally as well as our town grows, he said. “We don’t leave any stone unturned.” 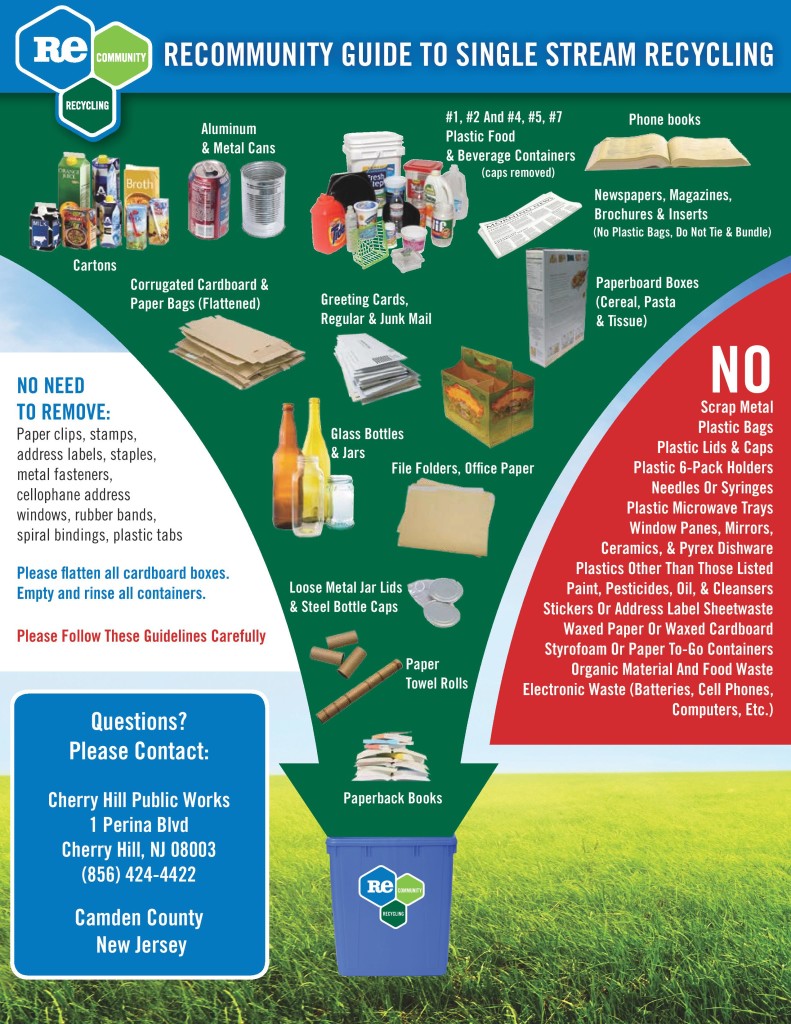 The roadmap will also encapsulate several existing initiatives, like last year’s revamp of trash and recycling services. Switching to lidded cans meant rolling out 25,000 new garbage containers last year and limiting residents to one can per collection date (a second may be purchased in certain cases).

The move saved Cherry Hill $1.3 million on a four-year waste contract because of the automation involved in streamlining the process. It also promoted recycling: the township collected the old, nonstandard waste containers from residents, and found 600 that were in serviceable enough condition to donate to other Camden County municipalities for their use.

“Those types of initiatives, which sometimes the resident doesn’t get it, there’s another million dollars you could potentially put into a road program,” Cahn said. “The capacity to be able to do it and the implementation of doing it, all those steps are not easy to do. It takes very smart people in the room and the willingness and the motivation to do these large projects. It’s hundreds of man-hours involved to get to the point where those green trash cans are in the street.”

In 2016, Cherry Hill will also be focusing on more of its green infrastructure than just waste collection. The township Parks and Recreation department is being overhauled and restructured to add more personnel and expand its service offerings. Cahn said residents can look forward to more camp professionals, senior services, and cultural and historical opportunities, including those at the Barclay Farmstead, which will celebrate its bicentennial this year. A new online registration portal for township programs is expected to go live this month.

Cherry Hill will also switch on a layered GIS (geographic information system) mapping service with open public and commercial access “to allow people to see everything that goes on in our community,” Cahn said.

The system integrates emergency response services with recreational services, infrastructure systems, and other calls for service to provide a higher level of intelligence in the execution of a variety of tasks. 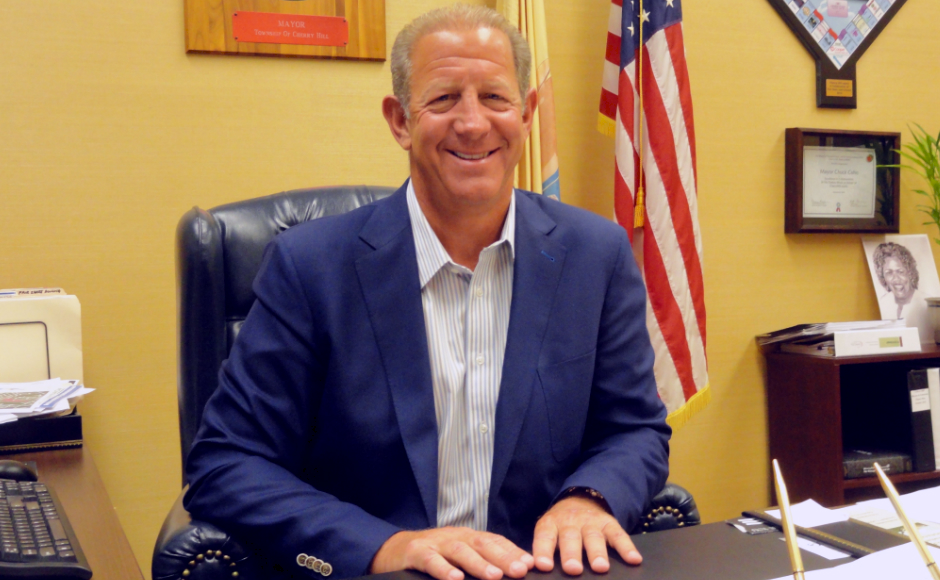 “Everything exists in our township through the GIS,” he said. “You’ll be able to apply for a permit, see when that permit is in process, get a text message or an email to see where it’s approved,” he said. “See where the playgrounds and tennis courts are.

“People don’t realize how big it is, but they will soon,” Cahn said.

Finally, one of the more notable redevelopment projects the township will approach in 2016 involves the resurfacing of the athletic fields at its two high schools. Cahn said the local government is embarking on the effort as a shared-service partnership with the Board of Education “to the benefit of the entire community.

“It’s a significant upgrade to what our kids get to play on now, which is basically mud,” the mayor said. “Athletics are really important to the students of Cherry Hill. If the board of education had to do it on their own, they would have to make decisions to put in the turf field or fix buildings that are 50 years old. We can’t help them with their buildings because we’re prevented from doing do, but we’ve gotten a tremendous amount of support from all of the residents.”

Cahn said the project should be awarded by the spring, with both fields ready for play at the outset of the 2016-17 academic year.