Trending
You are at:Home»Government»Visions for 2016: Oaklyn Picks Up Pace of Biz Development

Oaklyn Mayor Robert Forbes said commercial interest in his borough is picking up as it reinvests in infrastructure, services, and community events.

“All the previous work with redevelopment is starting to pay off,” said Oaklyn Mayor Robert Forbes. “It’s a slow burn that’s starting to happen a lot faster.”

The course for commercial redevelopment in the borough has been charted, and several key properties in the town could look quite different in short order. The former Casa Di Luzio restaurant is expected to be converted into a Dollar General, and Forbes announced last week that the borough is trying to acquire the former Burger King lot in order to entice Mexican eatery La Esperanza to open a second location there. 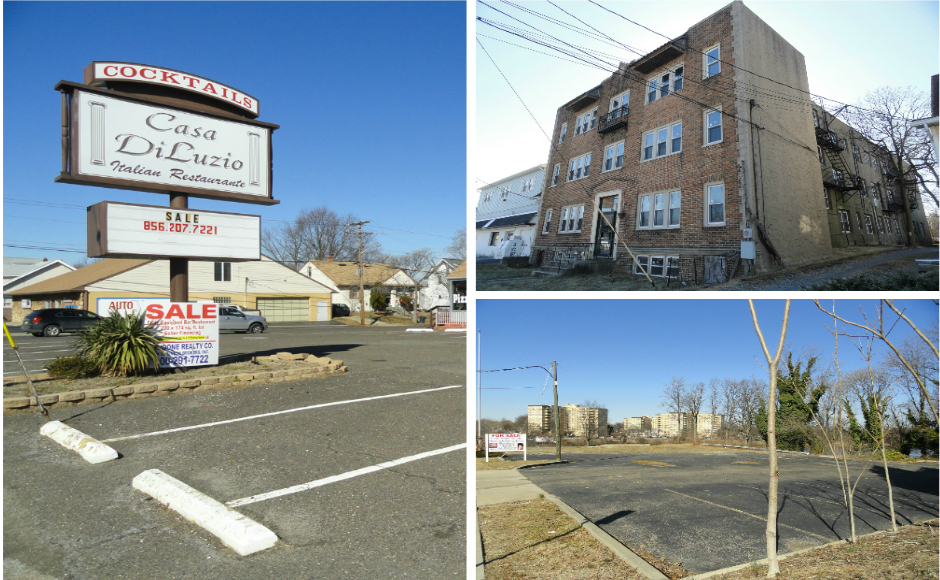 A similar plan could also be in the works for the former PNC bank location on East Haddon Avenue and the White Horse Pike; an architectural evaluation of the property will help determine its market value, the mayor said.

No plans have yet solidified for the vacant Taco Bell location, although Forbes is pursuing another potential food franchise for the location (and confessed that he’d love somehow to bring in the first Waffle House north of the Mason-Dixon Line).

Properties along the White Horse Pike have drawn their share of interest, but Forbes said he’s fielded more inquiries about locations along West Clinton Avenue, in the tiny downtown of the borough. The liquor license and certificate of occupancy for the Oaklyn Manor Bar have been transferred to its new owner, Lisa Del Duke, but the deal hasn’t yet been finalized. On the opposite corner, The Philadelphia American Shuffleboard Company (200 West Clinton Avenue) building went to a sheriff’s sale in December, and many neighboring properties along that side of the street are ready for new tenants, too, Forbes said.

In the meantime, the municipal government is exploring a financial mechanism that would allow its existing businesses access to locally subsidized loans. The borough doesn’t have a redevelopment fund, but Forbes said it could leverage its low-interest borrowing rate to lend money to business owners for property and facade upgrades. Such a fund would help with business recruitment as well, he said, while keeping both the risk and the money local. 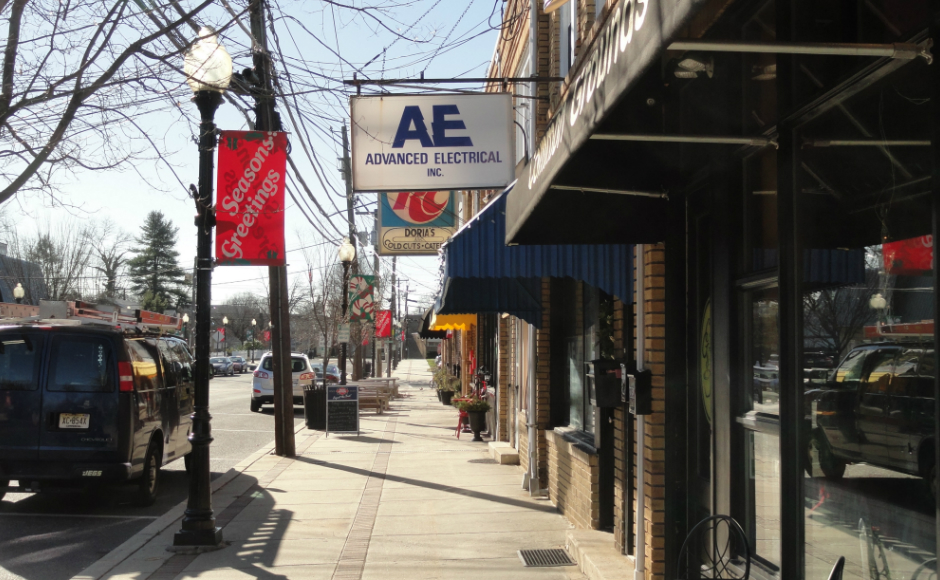 “There’s no strain on the taxpayers,” Forbes said. “SBA (Small Business Administration) [lending rates are]5 to 7 percent. For well-established businesses, we can extend that term and make it easier.”

Despite a strong local volunteer base, more local events will require additional coordinators and more of a budget. If either materializes, the borough has considered establishing a midweek farmers market modeled after the Wednesday evening Westmont Farmers Market. Oaklyn also may welcome a food truck event, potentially situated in the open lot at the end of West Clinton Avenue; Forbes said he expects Tonewood Brewery, which is scheduled to open in early 2016, to help participate in a beer garden at such events.

“We’ve seen what other towns do,” Forbes said. “We had the Oaklyn Nights in Venice , where we closed down the street. We’d like to get the businesses involved; the farmers markets involved.” 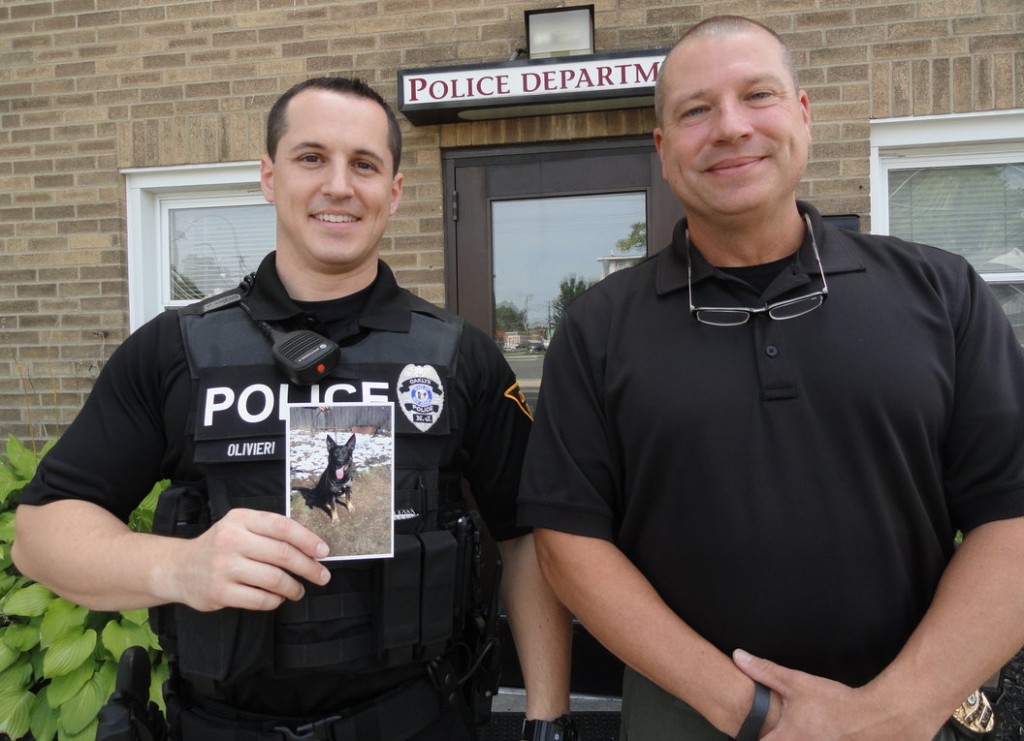 A year ago, the borough government authorized Oaklyn Police to re-launch its K-9 unit.

Since then, the success of the program under Officer Matthew Olivieri and his partner, K-9 Enzo, has justified the creation of a second K-9 unit under Patrolman Colby Bryszewski, Forbes said. Bryszewski has already begun to fund-raise for the purchase of the dog and equipment.

Forbes said that a second K-9 will relieve Olivieri from having to be on-call 24 hours a day while allowing the department to double the amount of time it can schedule a K-9 for active duty.

“It’s like having an extra half an officer out there, with a great nose,” Forbes said.

The department will also accept a pair of retirements this year, including that of 25-year veteran Sgt. Steven Riley. Thanks to a renegotiated contract structure, however, their departures will free up enough money to hire three additional officers, the mayor said.

“We put a big crop through the academy for specials, and we have three we’re interviewing,” Forbes said. “We look local first, but we definitely want the best guys for the job.”

Reinvestment in the borough infrastructure is ongoing as well, Forbes said. After repairs to the East Atlantic Avenue bridge connecting Oaklyn and Audubon were completed in 2015, the county government will next work to fix the bridge that crosses Nicholson Road. New Jersey American Water is replacing all the water mains throughout the borough, and the municipal government has begun investigating whether a sell-off of its sewer system would be a worthwhile financial consideration.

Oaklyn is also continuing to push ahead with estimates to repair and re-open its public pool. A report is expected this month on facility and accessibility issues at the property, including the condition of the concrete and structure on its premises. Forbes said the borough expects to complete its assessment prior to the presentation of the 2016 municipal budget “to see what it’s going to take before we bond anything.”

In 2016, Oaklyn will also continue work to improve life along its stretch of the Newton Creek watershed. A county study last year examined the possibility of adding additional walking paths along the body of water, for which Forbes said federal funds exist to supply access and lighting.

The cleanup of Peters Creek got an extension at the end of 2015; thanks to some leftover funds in the budget and some unseasonably warm weather, borough public works staff pulled nine tons of vegetation out of the body of water.

Forbes said he is awaiting analysis of the sediment samples from the waterway to determine whether dredging is an appropriate strategy; the Truxor the borough purchased in 2015 is equipped to do the work, if so. The mayor also said that the state Department of Environmental Protection is analyzing the outflow of borough storm drains to help inform local action on their impact to the lake.

“There’s just so much in there,” Forbes said. “We’re trying to scrape away what we can see. We’re willing to listen to anything to be educated.”

Finally, the Oaklyn Public School, the fate of which has hung in the balance for the better part of two years amid a significant budget shortfall, is operating with a budget surplus “for the first time in a long time,” Forbes said. There’s still concerns for the small, one-school district, but “things aren’t as bleak,” he said. That news has helped demonstrate the health of the community in another key area of service delivery, he said.

“Our goal is to be a community, not a development,” Forbes said. “The residents are awesome. [Oaklyn] is a great place to live, and everybody knows each other.”