Trending
You are at:Home»Arts»Welcome to Collywood: Wiseguy Comedy Shoots at Kitchen Consigliere

Restaurateur Angelo Lutz parlayed a catering assignment into a location shoot at his Collingswood eatery. The film, Made in Chinatown, is slated for a November premiere. 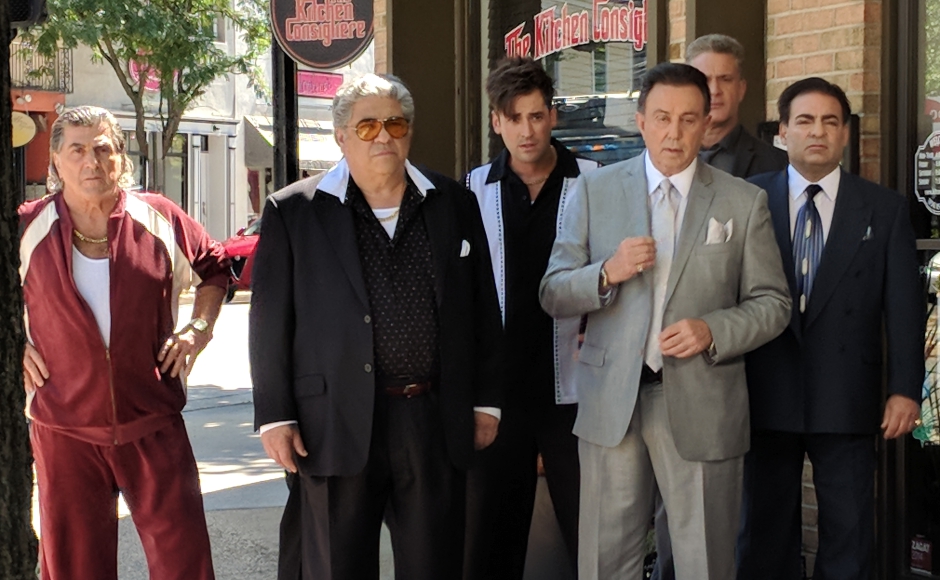 Collingswood is home to upwards of a dozen Italian restaurants, but if you’re filming an East-meets-West mob send-up, only one of them fits the bill.

That would be Kitchen Consigliere, where chef-owner Angelo Lutz traded on his felony past in outfitting his mafia-themed eatery.

On Wednesday, Lutz welcomed a film crew to the corner of Haddon and Collings to shoot scenes from the upcoming comedy Made in Chinatown.

Passersby and first responders alike craned their necks for a better look at familiar faces in the cast, which includes veterans of mafia-themed productions like The Sopranos, Analyze This, and Mickey Blue Eyes.

The film stars Jay Kwon as Vinny Chow, a mob movie buff who dreams of joining a crime family despite lacking the necessary ethnic heritage. Chow ends up embroiled in a New York turf war with gangsters whose punny names (Amadore Condimento, Al Capella, and Joey Risotto) underscore their connection to the black-market spice trade.

Writer-producer Mark Wiley said the story is inspired by the proximity of New York’s Chinatown and Little Italy neighborhoods. Physically, they’re only separated by Canal Street, but culturally, there’s very little intersection between their communities.

“There’s all this culture in New York, but there’s certain things you don’t cross over,” Wiley said. 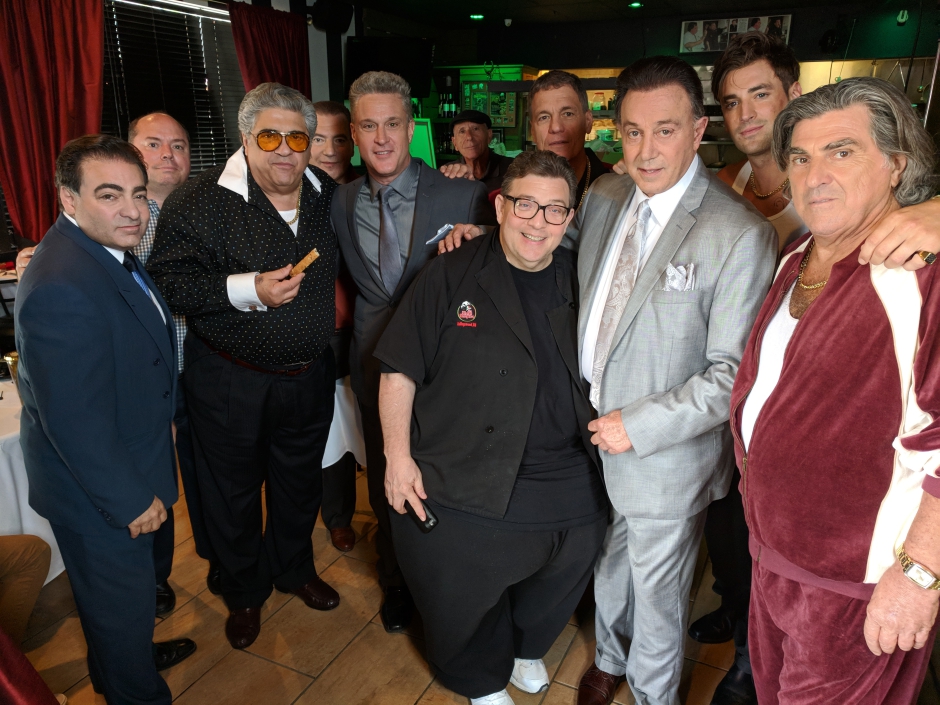 The pair hope to return to that festival this November to premiere Made in Chinatown for distributors, and will debut it at the Philadelphia Asian American Film Festival afterwards.

Although it’s set in New York, the bulk of the movie is shot in Philadelphia.

Lutz was brought onto the project as a caterer, but when Wiley and Samuels visited Kitchen Consigliere, they loved its aesthetic for a pivotal scene. (Lutz snagged himself a cameo, too).

The chef credits his friendship with actor Tony Darrow “for steering the project this way.

“The branding of my restaurant enabled me to pick up the location,” Lutz said. “It’s a great opportunity for Collingswood.”

A New York native, Darrow worked South Jersey during the nightclub era of long-gone venues like the Latin Casino and the Hawaiian Cottage. But at Lutz’s restaurant, he found the home cooking that put him right back at home.

On a lot of acting jobs, “you can smell the stench of people’s egos,” Darrow said, but on the set of Made in Chinatown, it feels a lot more like a family reunion. The ensemble includes Darrow’s cousin, Paul Borghese, and his fellow Sopranos alums Vincent Pastore, Tony Ray Rossi, and Chris Caldovino. 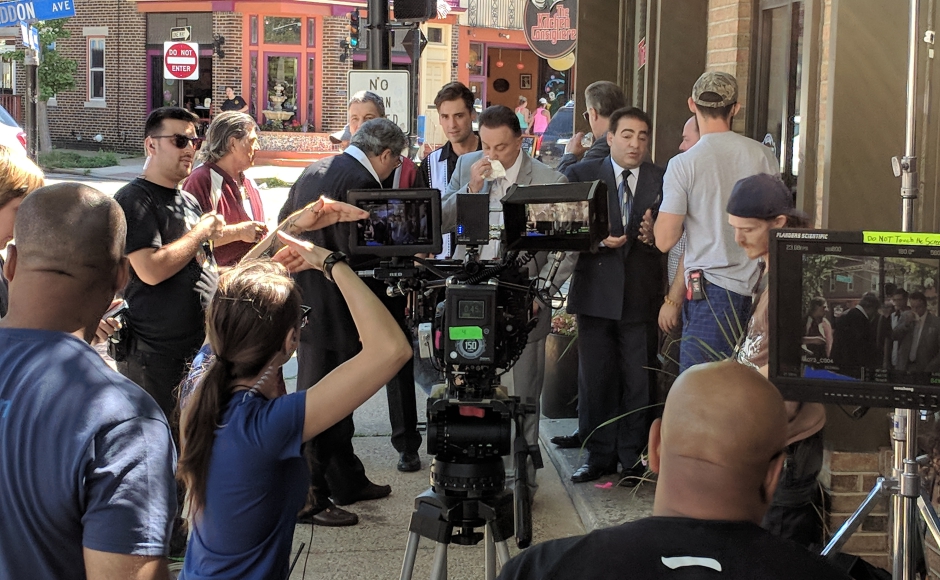 The cast and crew of Made in Chinatown set up at Kitchen Consigliere in Collingswood. Credit: Matt Skoufalos.

“We’re fortunate if we can work with our friends,” Rossi said.

“You have all these serious actors, but when you hit something like this, the comedy timing is amazing,” he said.

Pastore described the movie as a spoof like Howard Stern’s Son of the Beach.

“It’s funny,” Pastore said. “All this stuff is puns. This is something out of Dick Tracy.”

Comedian and deejay “Goumba Johnny” Sialiano thinks the film’s multicultural cast could lend it crossover appeal on the international market.

“It’s like a drink nobody ever mixed before,” Sialiano said.