Trending
You are at:Home»Business»Westmont Farmers Market on Brink of Cancellation Again

After two consecutive years of weather- and pandemic-related challenges, the midweek market is still struggling to find its identity, funding, and an audience, organizers say. 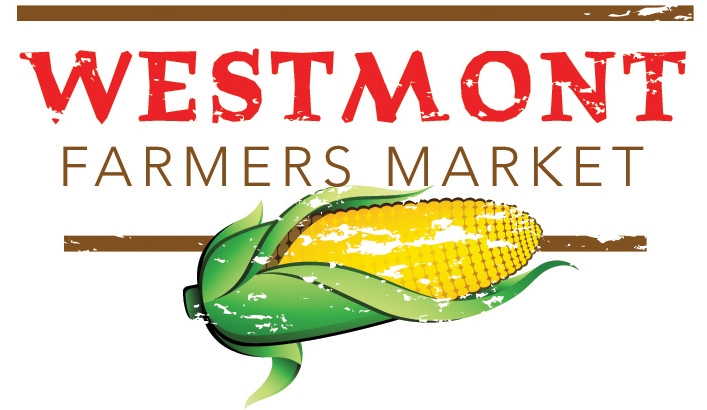 For the past two years, the fate of the Westmont Farmers Market has been tossed to the winds.

Then the township municipal government stepped in, reversing the course of the BID decision, and securing a $10,000 grant from 1st Colonial Community Bank of Collingswood to sustain the market operations outside of the BID budget.

Following that, the market named environmentalist Keith Guenther its new director, established a community advisory board to support its long-term viability, and relocated to Reeve Avenue, a semi-residential block that is also home to the Haddon Township municipal building, to leverage the building restrooms, storage, and utility services for vendors.

Despite extensive efforts to revive the midweek market, those major changes were compounded by an intensely rainy season that pummeled vendors in 2019 and washed out week after week of events. Their spirits, if not their resolve, dampened, organizers reverted back to their Haddon Square location (50 Haddon Avenue) for 2020, only to be met with the challenges of organizing a market during the novel coronavirus (COVID-19) pandemic.

As attendance faltered, vendors began to drop off; Guenther said they fell from some 25 at launch to half that number within two weeks. Weekly vendor call-outs were frequent, even with the nominal cost of a table ($20) only being collected to pay the musicians who provided weekly entertainment for guests. 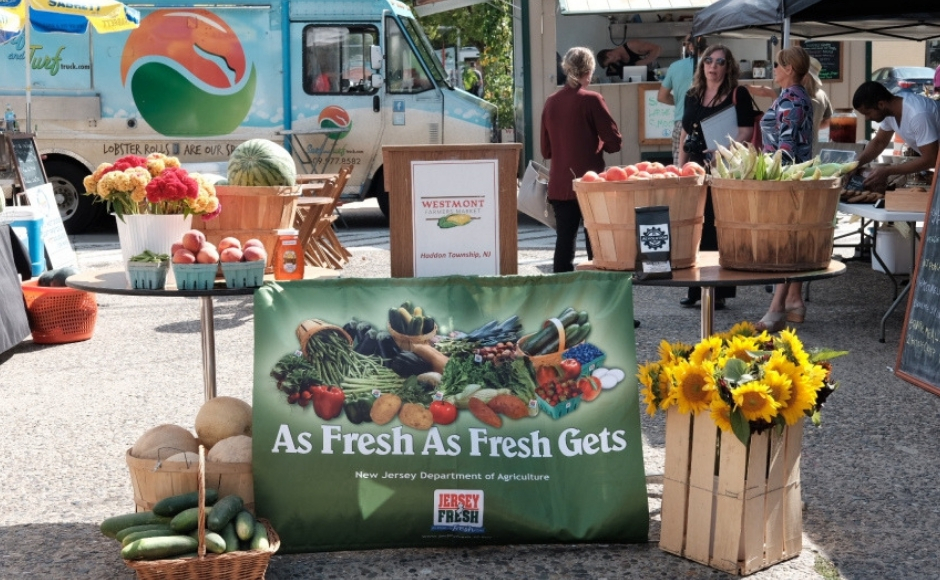 By the end of the season, Guenther was purveying produce from the farmers directly, cobbling together his own stall at the market just to provide the products for the few market-goers who did show up.

An end-of-season S.O.S. from the market board drove a small uptick in business, supplemented by an infusion of cash from 1st Colonial staffers who popped up to pay for customer purchases as a goodwill gesture one week.

But business flagged after a while again, and Guenther said the bank hasn’t affirmed its financial commitment to the project for the upcoming season, which would be slated to kick off May 19. Without solid community support, and in the absence of sustainable funding, the project may have hit its endpoint after 12 years.

Guenther, who says he’s operated the project largely as a labor of love, and with the support of Haddonfield Farmers Market Coordinator Ralph Cialella, worries that its underlying issues may be too much to overcome.

“The bigger picture is we haven’t had the community support,” Guenther said. “There has not been one week where I can say the vendors have been really profitable in my two years there.

“Last year, Devon [Segel]  and her marketing team volunteered the whole year to help us,” Guenther said. “But even with all that, we still weren’t really viable.” 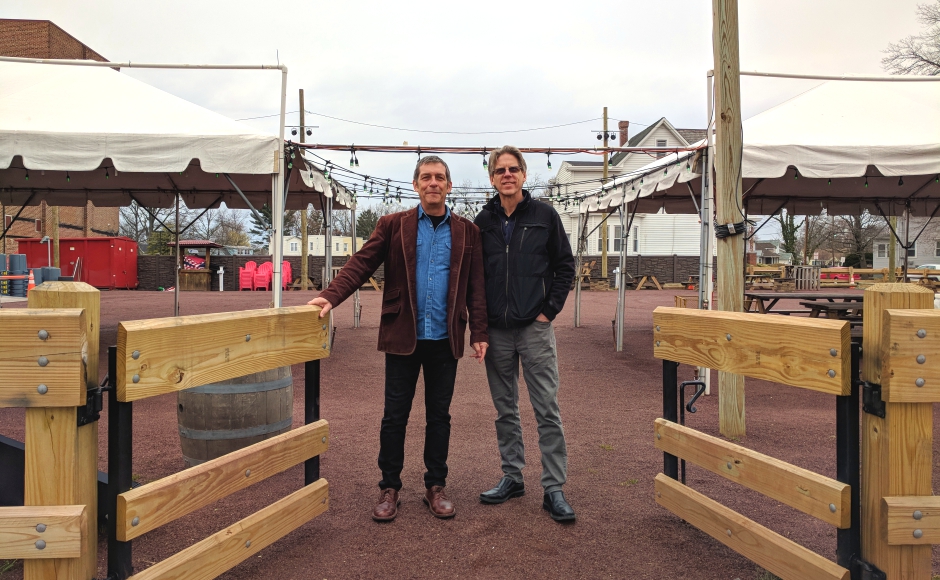 Guenther worries that the market is wrestling with concerns both internal and external.

The Westmont Farmers Market found considerable success as a midweek market focused on prepared foods, but drew the ire of some Haddon Township bars and restaurants complaining that it lured away their dinner business.

Neither can Guenther discount the possibility of over-saturation among a customer base that has three weekend farmers markets (in Collingswood, Haddon Heights, and Haddonfield) to patronize. That’s on top of the added pressure of grocery and prepared-meal delivery services and the greater abundance of high-quality produce options at area supermarkets.

“Collingswood, they do thousands [of customers],” he said. “Haddon Heights, they’re between 600 and 1,500 a week. Haddonfield’s robust, especially when they’re in King’s Court.

“We do a fraction of that,” Guenther said, “maybe because it’s Wednesdays. But in my time, we haven’t hit over 300 people, and I think you really need to get to 500 to make it something sustainable for vendors. I don’t know if we’re going to get that.”

For 2021, organizers were hopeful that a reduction in COVID-19 cases and a turn for warmer weather would draw in customers eager to get out of their homes and into an open-air event. They explored the idea of running a beer garden concurrently with the market, or of supplementing it with maker’s market events, which Guenther said had found some traction in the fall of 2020. 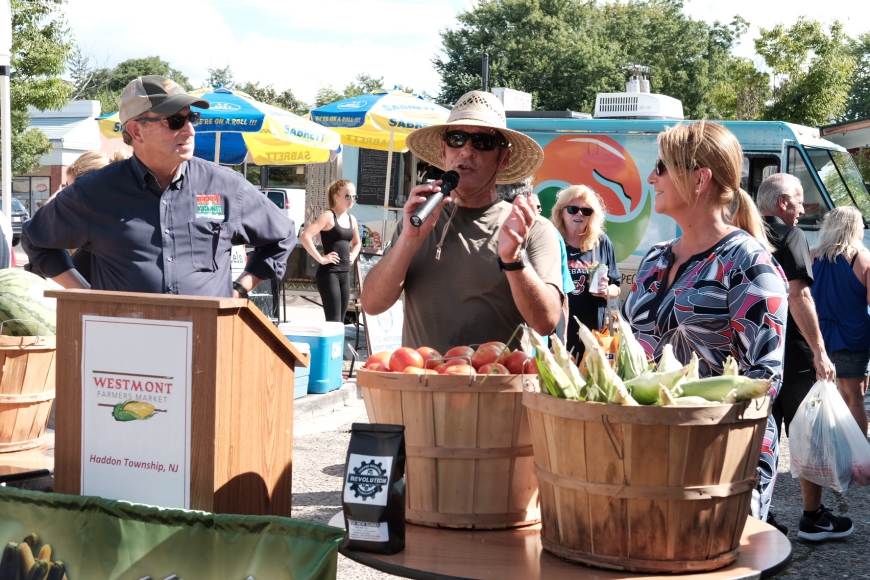 But without “some real grassroots marketing” and defining its identity, he worries that the project will remain in a precarious position going forward.

“What is the market? Who are we as a market?” Guenther said.

“I’d hate to give up on it, but sometimes you’ve got to make a business decision as well.

“It’s definitely a labor of love, but it doesn’t account for the time we put in,” he said.

“I put a lot into it, a lot of emotion too, and it’s really discouraging.”

As organizers confront these and other major, underlying questions, Guenther said the governing board is soliciting community input on the future of the market, entertaining offers of funding support, and welcoming all feedback. Comments may be submitted to the market page on Facebook, Instagram or via e-mail.

Editor’s Note: A spokesperson for 1st Colonial Bank said plans to fund the market for a third season had not been solidified at press time, but that an answer is expected next week. Stick with NJ Pen for updates.