After a childhood spent learning pickling from his mom and an adulthood perfecting recipes in kitchens across the Eastern seaboard, chef Ryan Harrison honed recipes for his new business, Preservation Provisions. 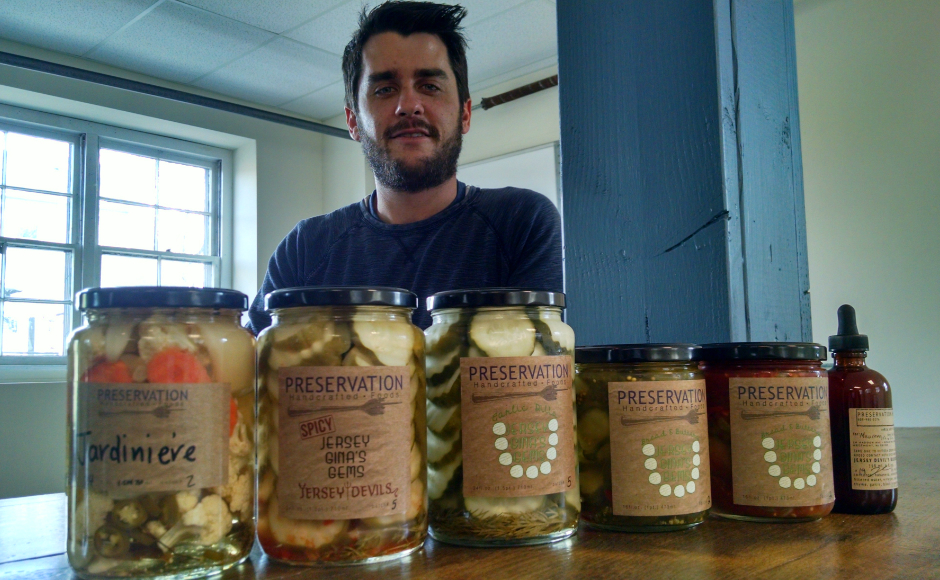 Despite inhabiting a variety of uses throughout its lifetime, the small, teal building at 24 Haddon Avenue was never a candidate for preservation—at least, not the historic kind.

But for chef Ryan Harrison, that’s exactly the purpose to which he will dedicate it.

The Moorestown native is bringing his gourmet food business, Preservation Provisions, to Haddon Township, and with it, an appreciation for antique methods of food preparation that are far more traditional than commonplace.

“With refrigeration and modern storage, we don’t need to preserve meats and pickles, but we do it because it tastes better,” Harrison said. “It’s our way to put our mark on something; to say we obtained this responsibly, locally. And now we want to put our secret recipe on it and share it with the public.”

Harrison’s secret recipes are derived from traditions learned from his mom and honed in contemporary kitchens from the Gulf Coast to the Delaware Valley. After completing his schooling at the Culinary Institute of America, Harrison worked with chefs like John Besh of August in New Orleans, Michael Mina (Bourbon Steak in Miami), and Jason Cichonski (Ela in Philadelphia). The culmination of those experiences fueled a desire to step out on his own, but it was a star turn on a TV cooking competition that provided the seed money.

A win on Bravo’s new cooking competition, Recipe for Deception—think Chopped! meets Two Truths and a Lie—netted Harrison a $10,000 purse. He pooled that prize money with additional backing from his aunt and uncle, Connie and Claire Chepurny of Haddon Heights, to open the doors on his new Haddon Township storefront. 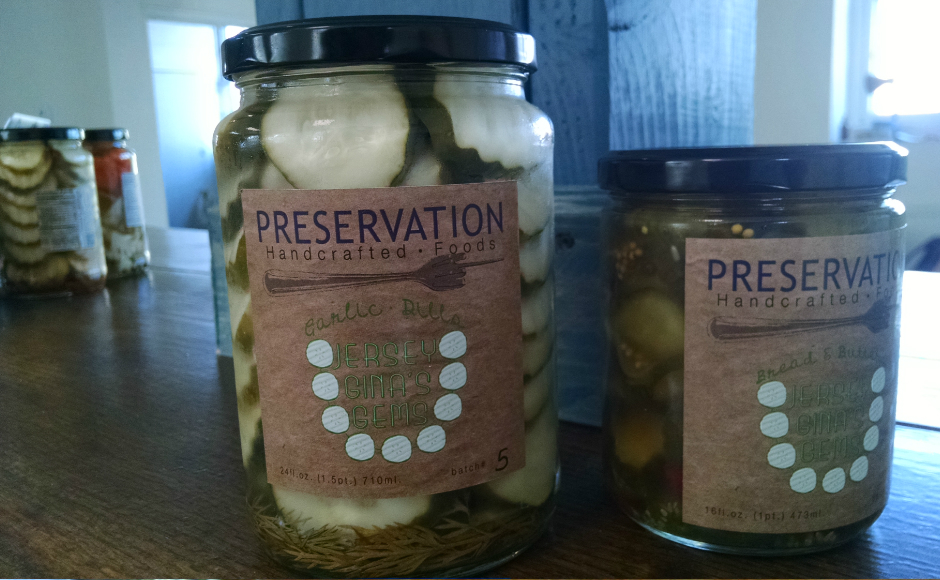 Connie Chepurny is also helping Harrison with the fit-out of his space, the centerpiece of which is a reclaimed wood bar made of old-growth hemlock trees that had been cleared by the Haddon Township Department of Public Works after a storm. And the bar top isn’t the only local touch in the building.

The space was the original location for Severino Pasta, whose owner Pete Severino recalls it as having been a springboard to the growth his business has enjoyed in the years since.

If Harrison’s operation fails to reach similar heights, it certainly won’t be for a lack of trying. During the summer, Preservation will be focused on production to stock its retail inventory, and Harrison hopes to spread the word about his storefront with a satellite location at the nearby Westmont Farmers Market. On the weekends, he expects to pull in Haddon Avenue foot traffic with an outdoor smoker (in a prior life, Harrison supported the Vendy award-winning Smoke Truck in Philadelphia). Winter will bring pop-up dinners paired with libations from the neighboring Cook’s Liquors.

“There’s never going to be a day where there’s something not being produced here,” Harrison said. “This door will always remain open while I’m here or other capable hands are here, so that people can come in and watch and ask questions and sample.”

Harrison wants to leverage other local partnerships in support of his recipes, too. Sift Bake Shop of the SoHa Arts Building will provide retail products as well as breads and crackers that will be tasting vehicles for Preservation jams, jellies, and preserves. Local brewers will provide the stuff of craft-beer-based mustards, and down the line, Harrison plans to incorporate wild-caught sockeye salmon that he’ll smoke himself, plus a meat curing operation.

“It’s all kind of a building process,” he said. “This is all a work in progress and part of my overenthusiastic approach to things.” 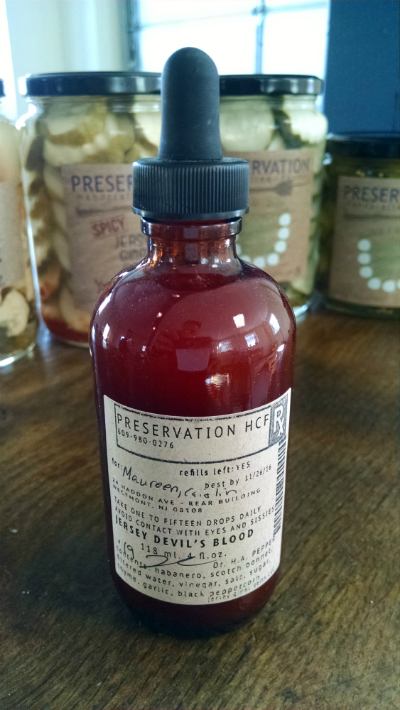 Harrison said the business is based on responsible sourcing of seasonal ingredients. Hunter’s Farm and Market in Cinnaminson and Browning/Hess Farm in Moorestown provide the bulk of his produce locally; peppers come from Sea Salt, a Galloway-based CSA. The Harrisons also farm a half-acre plot on an organic farm in Riverton from which they derive cucumbers, hot peppers, herbs, and lettuce.

“We focus on keeping it as vertically integrated as possible,” Harrison said. “We make all the products by hand. Everything’s hand-sliced, hand-chopped, hand-selected from local farms and local purveyors.

“We take a lot of pride of what we’re putting in jars and what we’re giving people,” he said.

For now, Harrison said Preservation is focused on sustaining a couple more years of growth, as it transitions into a concept that can expand to multiple storefronts.

A business that has grown nicely at The Hatchery in Whole Foods Cherry Hill, largely on the strength of Jersey Gina’s Gems, his mother’s pickles, has done so, he said, because “it’s very personal.

“The demand created the business for us,” Harrison said. “That’s the opposite of what a lot of small businesses encounter.”

Preservation will open its doors to the public for a grand opening Saturday, April 16.