A woman who stopped to help says the victim was in shock and received treatment from other passersby until EMTs arrived. The 84-year-old woman injured in the attack is still recovering in the hospital. 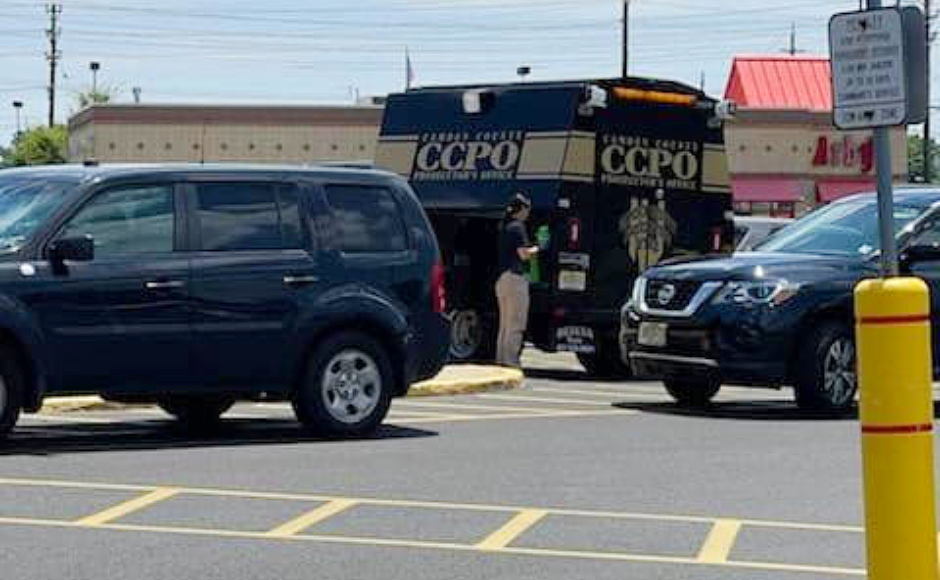 Investigators from the Camden County Prosecutor’s Office process the scene of an apparent crime at the Audubon Crossings Acme. Credit: Amy Paratore.

“She’s in high spirits and she wants to get out of the hospital,” said Billie Jo Crane of Haddon Township.

Crane said friends of the victim have been receiving regular updates on her condition, and although the woman is “still fighting,” she did not have to undergo surgery for her wounds.

“As of last night, she was stitched up and in trauma, but she’s 100-percent alive,” Crane said. “They got the bleeding under control.

“Our whole community, as soon as she gets home, we’re wrapping our arms around her,” Crane said. “She has a lot of friends.”

A customer who was stabbed in the parking lot of the Audubon Crossings Acme supermarket Sunday sat in shock on the ground until people stopped to help, according to a witness at the scene.

Mary Jacobs of Gloucester City said she was leaving the supermarket around 11:30 a.m. July 3 when she saw an elderly woman sitting on the ground with two other women tending to her.

“I saw her sitting on the ground. I thought she was passed out because it was really hot,” she said.

“That’s when she said, ‘He just kept stabbing me. Why would he do this to me?'” Jacobs said. “She was completely confused.”

Jacobs then noticed blood on the woman’s side, arm, and ear. She retrieved a bedsheet from her car, while the other women who were attending to the victim grabbed a quilt and began applying pressure to the wounds.

When the EMTs arrived, Jacobs said she retrieved the woman’s belonging from her car for her.

“She had a cell phone with her but it was completely dead,” Jacobs said. “I wanted to see if I could get in touch with somebody.”

Jacobs also saw what she believed to be the weapon used in the attack, “a regular kitchen knife,” on the ground nearby, and a man whom the others said was the attacker, calmly walking away. 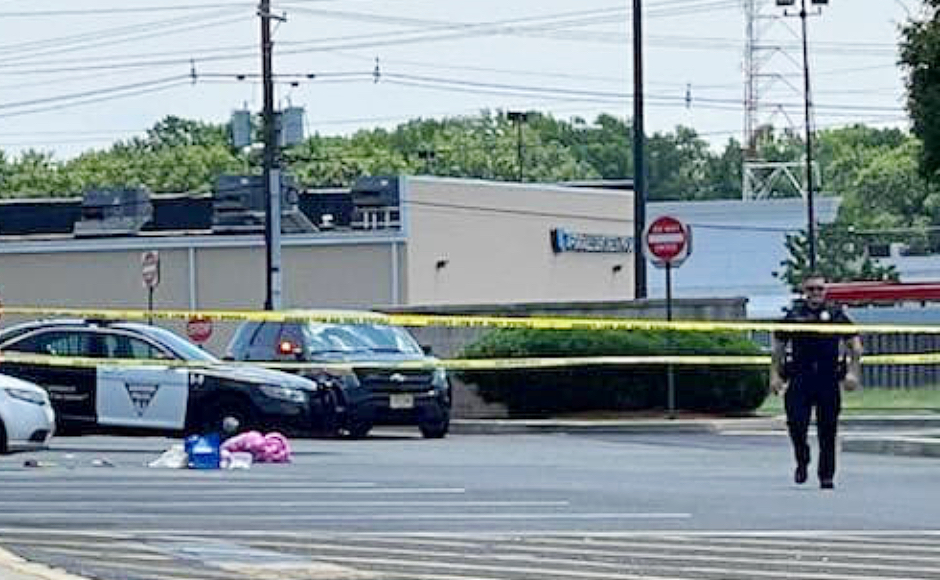 After police arrived, Jacobs said she heard over one officer’s radio that a suspect was in custody.

According to the Camden County Prosecutor’s Office (CCPO), that suspect is 40-year-old Altirik Higgins of Philadelphia, whom they reported Monday was charged with attempted murder and weapons offenses in the attack.

Higgins is in custody at the Camden County Jail.

The victim, an 84-year-old woman, was transported to Cooper University Hospital and remains hospitalized in stable condition, the CCPO reported.

Jacobs said she and the other women remained by the victim’s side until first responders arrived. The entire experience was “just surreal,” she said.

“It was intense,” Jacobs said. “Watching it unfold, I felt like I couldn’t do anything.

“It was when I got home that I started crying,” she said. “She was really scared.”

Acme Markets did not respond to calls and e-mails seeking comment; likewise, Audubon Mayor Rob Jakubowski declined comment about the incident, passing off all requests for information to the borough police department. 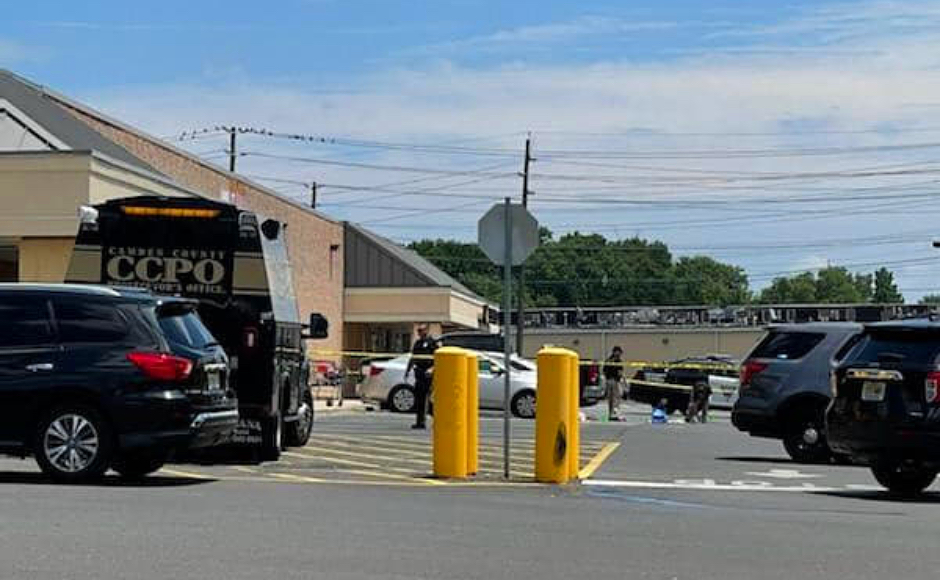 Investigators from the Camden County Prosecutor’s Office process the scene of an apparent crime at the Audubon Crossings Acme. Credit: Amy Paratore.

“There were cops from Audubon, from Collingswood,” Paratore said.

“It looked like maybe the contents of somebody’s trunk was on the ground.”

By the time Paratore arrived, CCPO investigators already were blocking off vehicle traffic and processing the scene, and the victim had been transported to the hospital.

“This shopping area takes a lot of heat, but other than the random panhandler, maybe a shoplifter, that’s really all I’ve ever seen happen,” she said. “We live in a safe area; that’s what got me more than anything.”

After the reported attack, however, Paratore said she’s “going to think twice” about her safety there.