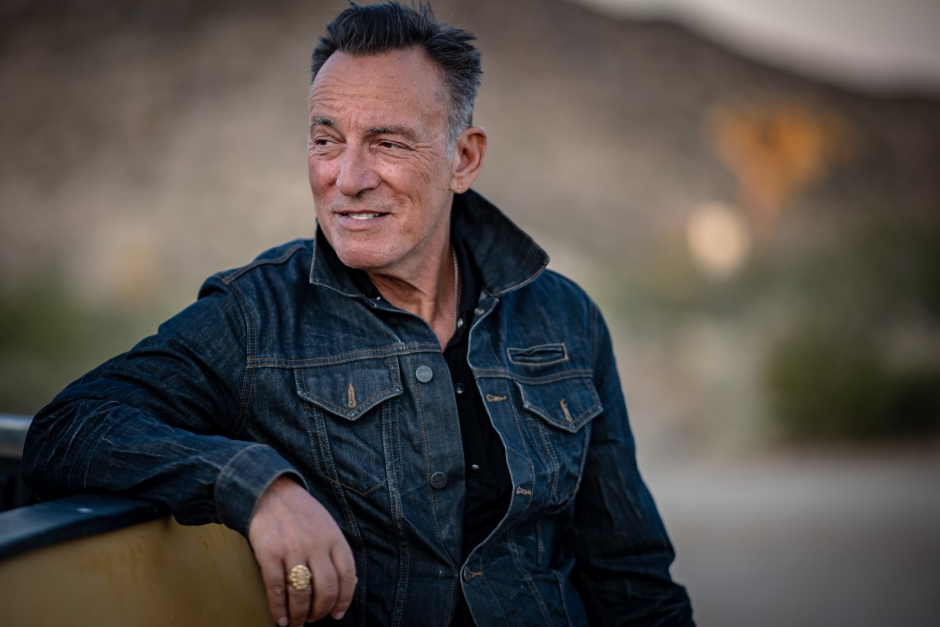 I. Past and Future, for the First Time

On May 9, 1974, a mostly unknown and decidedly scruffy young musician shuffled onto the stage of the Harvard Square Theater with his band.

The headliner for that evening was Bonnie Raitt, but a young critic in the audience could only remember the raffish frontman from the opening act.

Jon Landau, writing for Boston’s The Real Paper, took all of his impressions of Bruce Springsteen and rolled them into some of the most famous words in the history of pop criticism:

“I saw my rock ‘n’ roll past flash before my eyes. And I saw something else: I saw rock and roll future and its name is Bruce Springsteen. And on a night when I needed to feel young, he made me feel like I was hearing music for the very first time.”

Or, he was no more than half-right. Landau nailed the bit about Springsteen embodying the story of rock and roll’s past. But that’s about as good as it gets.

Bruce would never push rock music into daring new territories, but rather represents the peak recapitulation of everything it has ever been. Apex-level Springsteen was (and is) rock and roll’s Ghost of Christmas Past; consequently, he couldn’t (and can’t) be rock and roll future.

At the same time, I’ve always been intrigued by Landau’s last line:

“And on a night when I needed to feel young, he made me feel like I was hearing music for the very first time.”

It’s true that listening to classic rock helps us to tap into our youth, but Marley’s chains pull in both directions. Is nostalgia all that Springsteen, the Beatles, the Stones, Aretha, Dylan, et. al., are finally able to offer us?

One of the unsung, stone cold stunners of vintage rock is Ritchie Valens’ 1958 single, “Come On, Let’s Go.”

On the surface, the record is just that: a come-on from a guy to his girl, revved up by postwar optimism and Presley-esque enthusiasm. In “Come On, Let’s Go,” though, if the lyrics zig, the music zags. The song has a backbeat you can’t lose, yet the tune is irrepressibly sad.

The singer wants to head out on the town with his young love, but the aching melody whispers that she’s already left. “Come On, Let’s Go” encapsulates the best of the rock tradition. It’s pure electrons, existing in two different places at once—elation and devastation, victory and loss, hope and fear—which is why we don’t want the music to stop. 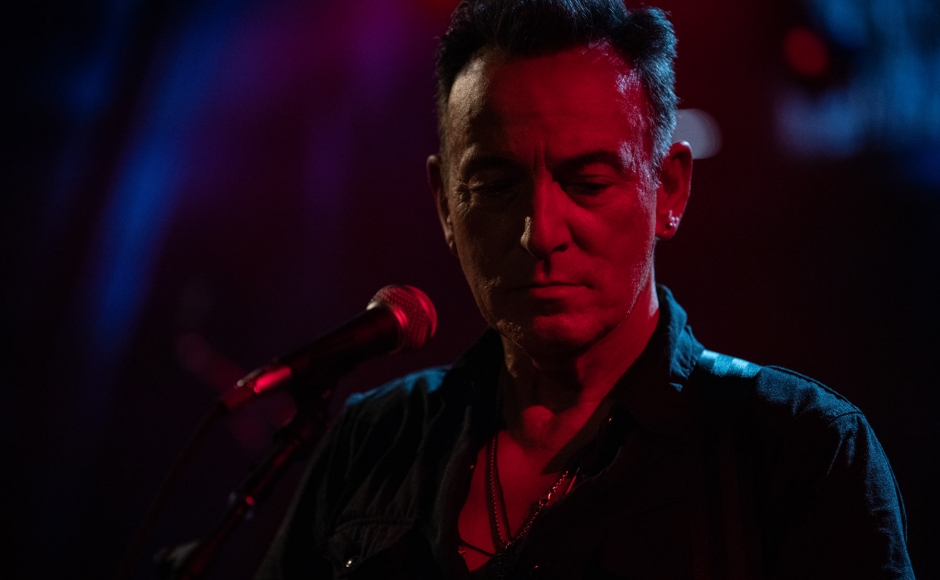 III. Blackstar to Western Stars, You Want It Darker

The characters that inhabit Bruce Springsteen’s new Western Stars—an album and also a recently released concert film––know that the music is stopping soon.

Rock and roll is not a new genre anymore, which means that the titans continue to fall.

A bittersweet consolation to rock’s longevity is that we’ve recently received a clutch of heartbreaking LP’s from artists who foresaw that their curtains were near to fall. David Bowie, Leonard Cohen, et al.

I hope that Bruce Springsteen has many years left, even if his protagonists on Western Stars don’t. They’re hitchhikers, washed-up actors, broken-down stuntmen, and rudderless writers who all have far less living ahead of them than behind.

Springsteen has described Western Stars as “a jewel-box of a record,” and he’s right. Each track is distinctive in its production, voice, and perspective, but what unites them thematically is that, by and large, all the songs are elegiac. Mostly alone, the actors in Western Stars are without even a priest, and so are left to administer their unctions themselves. 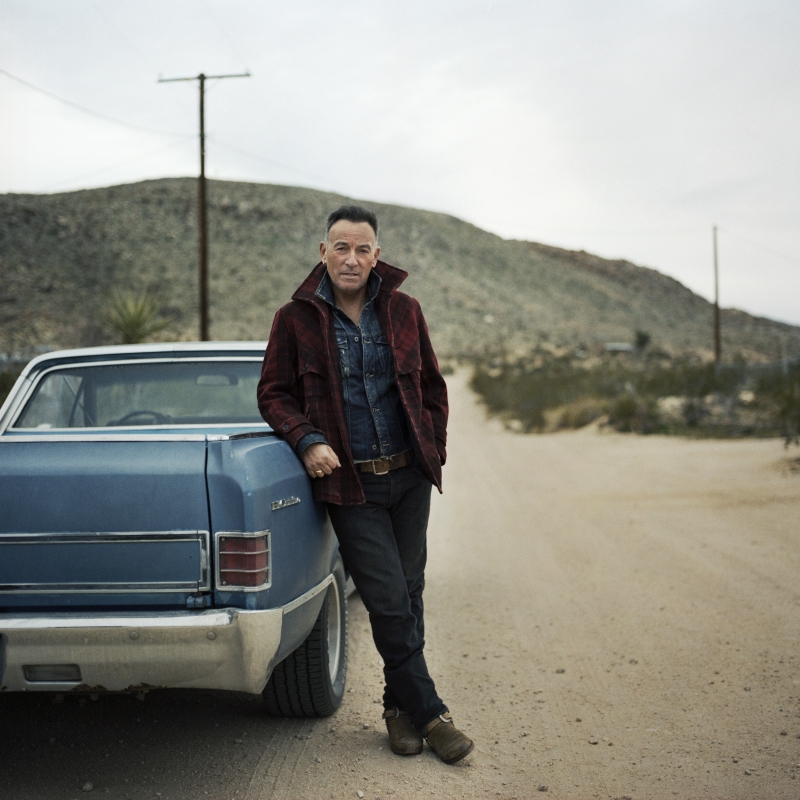 IV. Regrets, None Too Few to Mention

But Western Stars isn’t a hopeless album. Its characters all are full of regrets, but those regrets are peacefully owned.

“There Goes My Miracle” is the photo negative of “Come On, Let’s Go.”

The singer’s “miracle” (partner) has departed, but the sunshine pop of the record suggests it’s been a good ride.

The construction worker of “Tuscon Train” hopes to meet his ex-lover at the train station and “show her a man can change.”

The hitchhiker of the opening track moves on from car to car but doesn’t seem to mind.

Then there’s the musical backdrop. Springsteen has never made a record that sounds like this. Very intentionally, Bruce drew upon cowboy movies and novels from the old American West, and he borrows liberally from the sonic palette of soundtracks of old Westerns. You’ll hear a full orchestra playing on most tracks, and unlike previous Springsteen string experiments, they’re used as more than just a glorified synthesizer this time around. The music soars, swells, and dives.

In both his recent autobiography and Broadway show, Springsteen speaks of his songwriting as a magic trick. Illusions are the reality, and artificial worlds become real ones. Bruce is a millionaire who writes about struggles of the working class; a flamboyant frontman who dresses like a plumber in concert.

Western Stars might be Springsteen’s greatest magic trick. It’s by far the most “old-fashioned” sounding record he’s ever made, yet it sounds to-the-bone fresh. It’s not contemporary (or even 1950’s) rock and roll, but 1940’s country-western movie music. What better way to communicate something about rock and roll present than to envelop it within the past?

Another magic trick. The character of the title track, an older actor, now relegated to Viagra ads and credit card commercials, opines that not only did he long ago “shoot” John Wayne in a movie, but that he’s sat at barstools and recounted the story hundreds of times since for free drinks and good laughs.

But who’s really laughing? Western Stars itself is a shaggy dog story of an album. The trick is that you think you know all of its tricks, but you don’t. 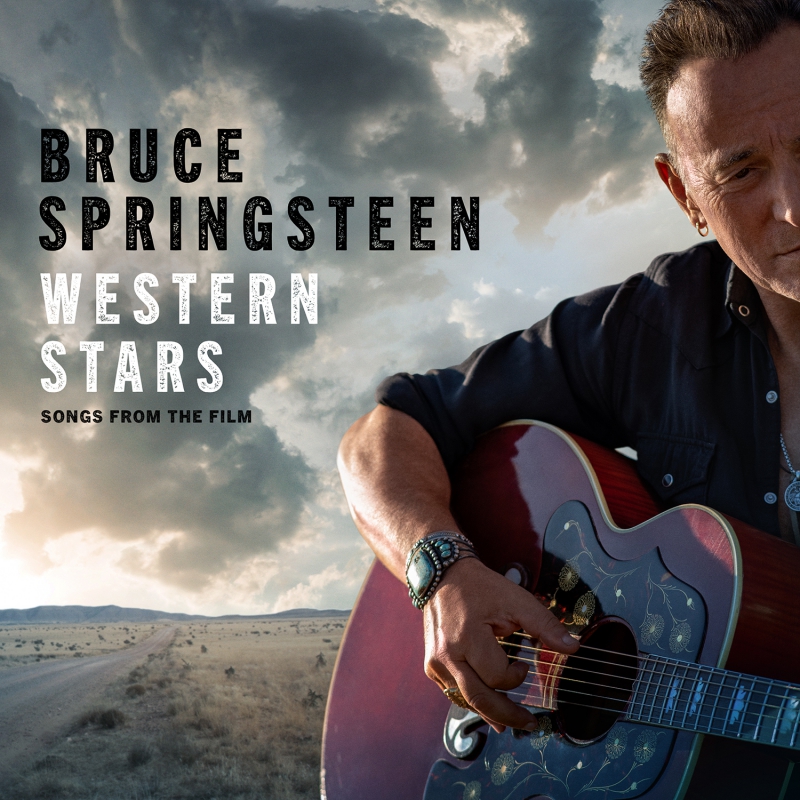 “Western Stars” (the song) and “Moonlight Motel” serve as the twin codas for the record.

In the former, we ride off into a brave sunset as the orchestra rises behind, but in “Moonlight Motel,” last light has passed.

Here, an elderly man reminisces about a dearly missed love affair, and goes as far as to drive out to the boarded-up motel where he’d rendezvous with his partner.

The motel is gone and his relationship has long vanished.

“Western Stars” closes as he toasts the Moonlight Motel alone in the deserted parking lot, and he may even take his own life as well. (Listen to those last lines.)

But here’s the tell to Springsteen’s sleight of hand: what delivers us from being simply and finally stuck between stations is that Springsteen, the writer, is inviting us into the album. The lead from “Western Stars” can’t come beside the loner in “Moonlight Motel,” but we can, and Bruce knows it.

The futility of Springsteen’s characters are counter-balanced by the generosity of his vision and his ongoing conversation with his audience. Western Stars’ antagonists are alone, but they’re surrounded by Springsteen’s audience, and we with each other.

On second thought, perhaps Jon Landau was mostly right after all back in 1974. Or perhaps he had the right answer to the wrong question.

What if, after all of rock and roll’s thrashing against the dying of the light, it was never about staying young forever?

What if it was, and is, about growing old together?