Trending
You are at:Home»Business»Workers’ Thanksgivings Trampled in Seasonal Retail Push

Staff and customers at area Wal-Mart stores condemn policies that forbid taking the holiday off, but more big box retailers are opening their doors earlier this year. 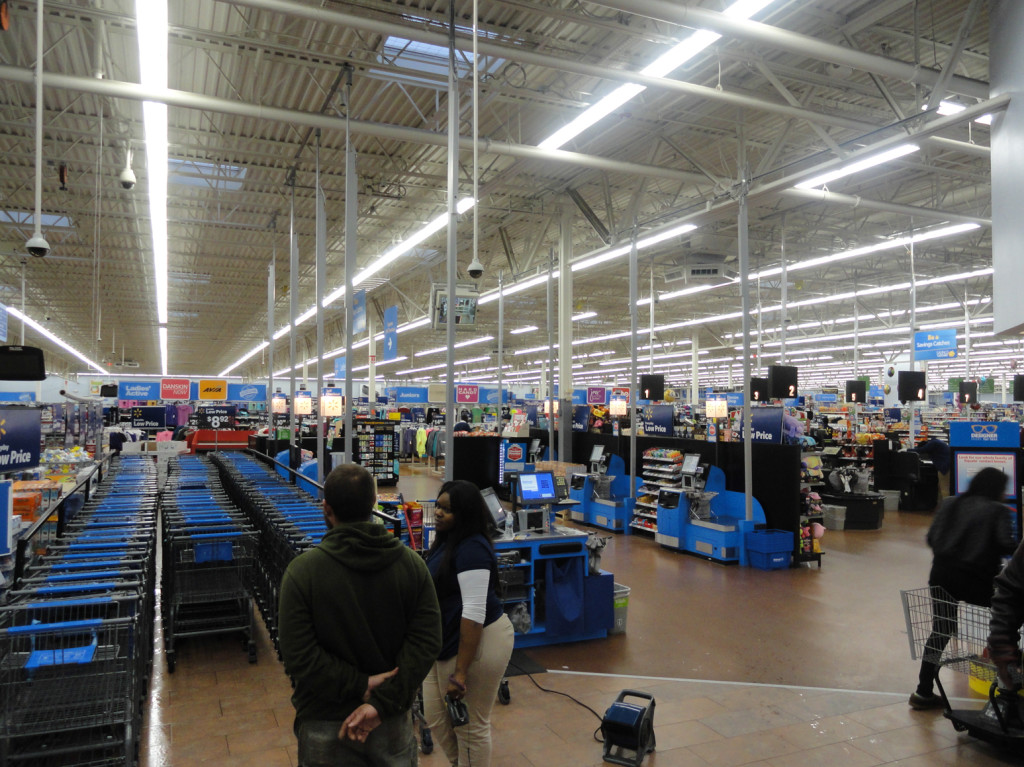 The Audubon, NJ Wal-Mart will be open 24 hours on Thanksgiving. Credit: Matt Skoufalos.

Americans report feeling greater and greater financial pressure during the holiday season, with many wishing they could skip it altogether.

But for retail workers whose incomes depend on hourly wages, opting out of Christmas isn’t a possibility.

And, at corporate chains like Wal-Mart and Kmart, neither is taking Thanksgiving off.

The two corporate giants are among more than 40 national brands who will open their doors to customers on the federal holiday, with many operating around the clock.

The Wal-Mart locations in Audubon and Cherry Hill, for example, will be open for 24 hours starting at 7 a.m. on Thanksgiving morning.

Kmart opens an hour earlier and won’t close until midnight Friday, telling workers who call out on either day that they will be fired.

At Wal-Mart, these policies are so contentious that asking any store manager to comment even on its hours of operation during the holiday leads to an automatic referral to the corporate office.

Staff in Audubon and Cherry Hill lowered their heads and tightened their mouths when asked whether they were okay with working on Thanksgiving. A handful agreed to speak with NJ Pen, but only on condition of anonymity.

But as much as Wal-Mart staff would rather be with family on the holidays, the fear of being disciplined or fired for speaking out against the company is greater.

“Those who stick their neck out, you do what you gotta do,” the employee said. “At this point in my life, I’ve got a family to support. I’m not in a position.”

Dollar Tree is one of several retailers to open on Thanksgiving. Credit: Dollar Tree.

‘I would rather be with my family’

Outside the Audubon Wal-Mart on Wednesday, Deborah Gant of Haddon Township said that she objects to shopping on Thanksgiving.

“And I don’t do Black Friday, either. I think people don’t realize what Christmas is all about.”

Her husband, Jack, who drives a tow truck for the Camden County Police, said that he’s already scheduled to work 12-hour days on both Thanksgiving and Black Friday. After a year spent rehabilitating a replacement knee, Jack Gant said that he now needs to take any shift he can get

When asked whether he would ever decide to boycott a store based on its working conditions, Jack Gant said that the only reason he shops the Audubon Wal-Mart is that it’s close to his home.

“Otherwise, I could care less I ever set foot in here again,” he said.

Cleo Andrews of Cherry Hill said she doesn’t shop on Thanksgiving because she’s too busy in the kitchen.

“I miss the old times when everything used to be closed [on holidays],” she said.

Andrews, whose friend’s daughter will spend her Thanksgiving working at Dollar Tree, said that such conditions are cruel to employees, especially working mothers.

“That ain’t fair, but what are you going to do?” Andrews said. “It’s more the women. It’s a lot of single moms. They’ve got to do what they’ve got to do.”

Tiffany Brown of Pennsauken was of a different opinion. Brown, a hospital nurse who works evenings, said that it is “convenient” for stores like Wal-Mart to be open on Thanksgiving.

But she did clarify that her holiday wasn’t totally lost.

“I work night shift, so I do get to enjoy the day,” Brown said. 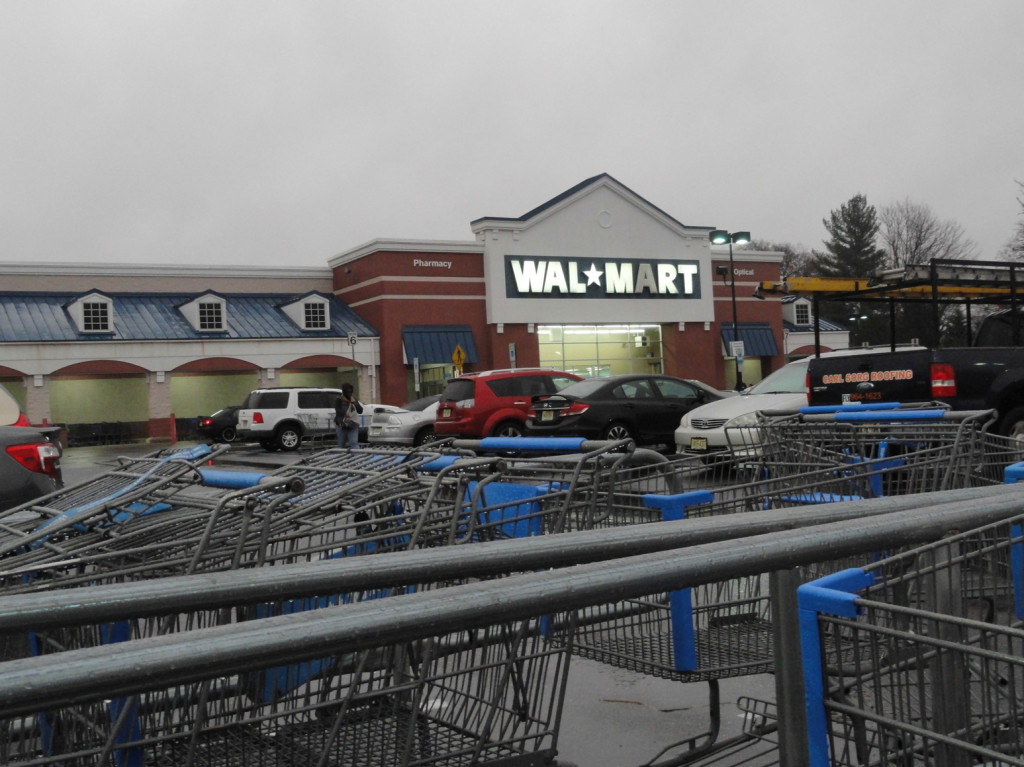 Although the notion of blue laws has eroded significantly as America has become less religiously oriented and more commercial, historian Richard Grippaldi said there’s little precedent for putting so many to work on a national holiday like Thanksgiving.

“Other than the old cliché that you give capital a hammer and they will use it against labor, this is a somewhat recent development,” said Grippaldi, a part-time lecturer in the history department at Rutgers New Brunswick.

Grippaldi pointed out that, given the general context, box stores themselves are a recent development, and workforce-reduction technologies like self-checkout aisles are even newer.

But when automation proliferates and labor rights do not, he said, people become disposable.

The conditioning of Americans to shop on demand further intensifies the problem, Grippaldi said, and as brick-and-mortar stores lose more traction to online purchasing, retailers likely will resort to more extreme measures to make up the difference.

“When the service industry, the retail industry, actually depended upon people, I think they were somewhat more willing to accommodate,” Grippaldi said.