Trending
You are at:Home»Government»Haddonfield Library Annex Pops Up on Kings Highway

Even in its mini form, the 10,000-item ‘microcosm’ collection provides a fun attraction to the borough downtown while the historic library gets a $2.2-million upgrade. 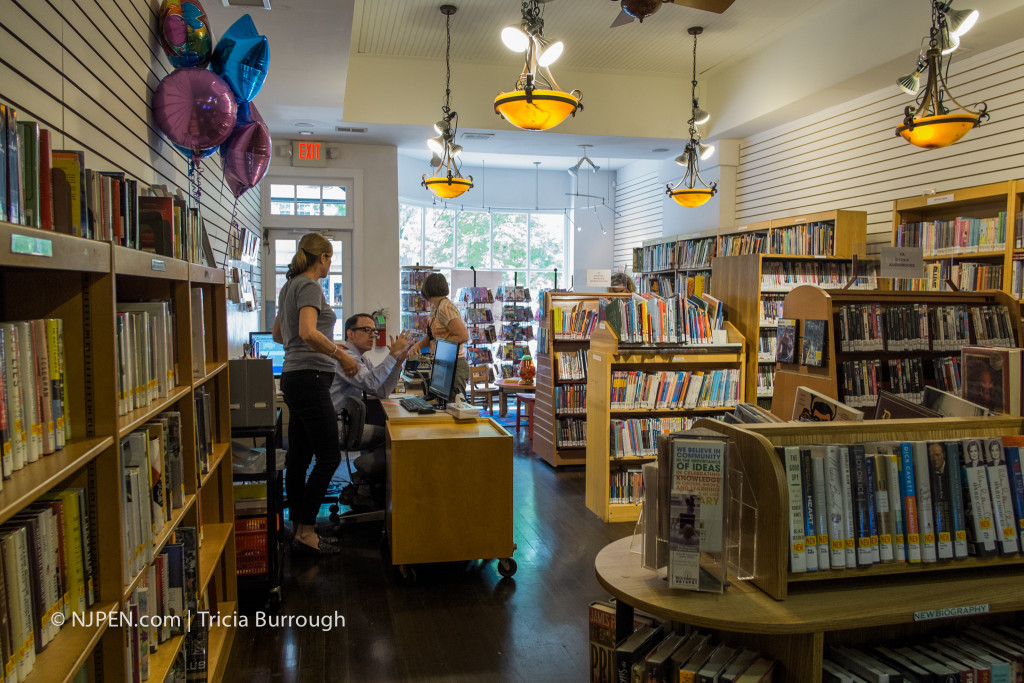 For the next seven months, Haddonfield library patrons will be taking their lending requests to a new address: 123 Kings Highway.

The “pop-up” space, which staff refer to as the library annex, cuts a charming figure in the downtown landscape, hosting a cultivated sampling of the full collection in an 1,800-square-foot retail location.

Nestled between the Haddonfield Running Company and the English Gardener Gift Shop, the annex keeps the same hours as the library, and offers an opportunity to connect with different patrons on the borough’s main thorofare.

“I call it a microcosm of the library,” said library director Susan Briant. “We have about 10,000 items here, including our best-sellers, children’s, DVDs, books on tape, young adult, [and]teen stuff. It’s the stuff that really moves.”

Curating the best-of-the-best selection was “very much a team effort,” Briant said, built on librarians’ analysis of the circulation statistics and residents’ popular requests. 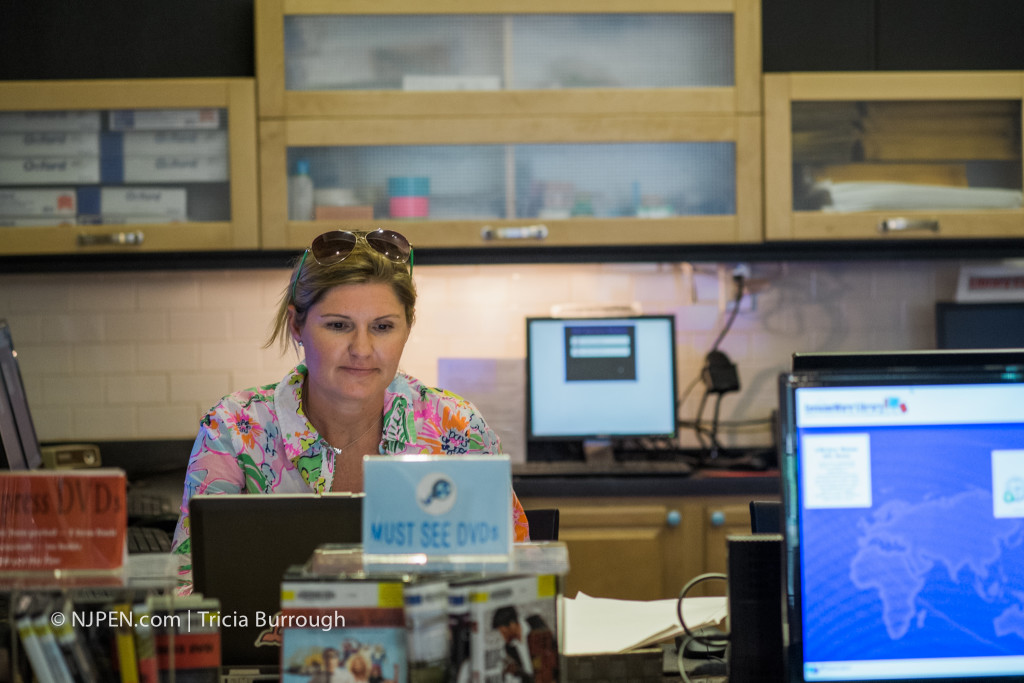 ‘It’s going to give us a presence’

Erica Harris, an accounting professor at Rutgers-Camden who was working at the annex computer center on its opening day, said the pop-up space was exactly what she was looking for as a change-of-pace work environment.

“It’s great,” she said. “My kids go to Friends School [and it’s]more efficient to work [here].”

Popular children’s programs also will be situated on- and offsite (the summer reading project moves to borough hall this year), and for the duration of the construction, Haddonfield residents will be able to obtain temporary library cards for use throughout the Camden County library system.

Briant expects the main street location will also help the library to do more business networking. For example, its Leap tablet software will allow the library to issue borrower cards “on the spot in a wireless environment.” 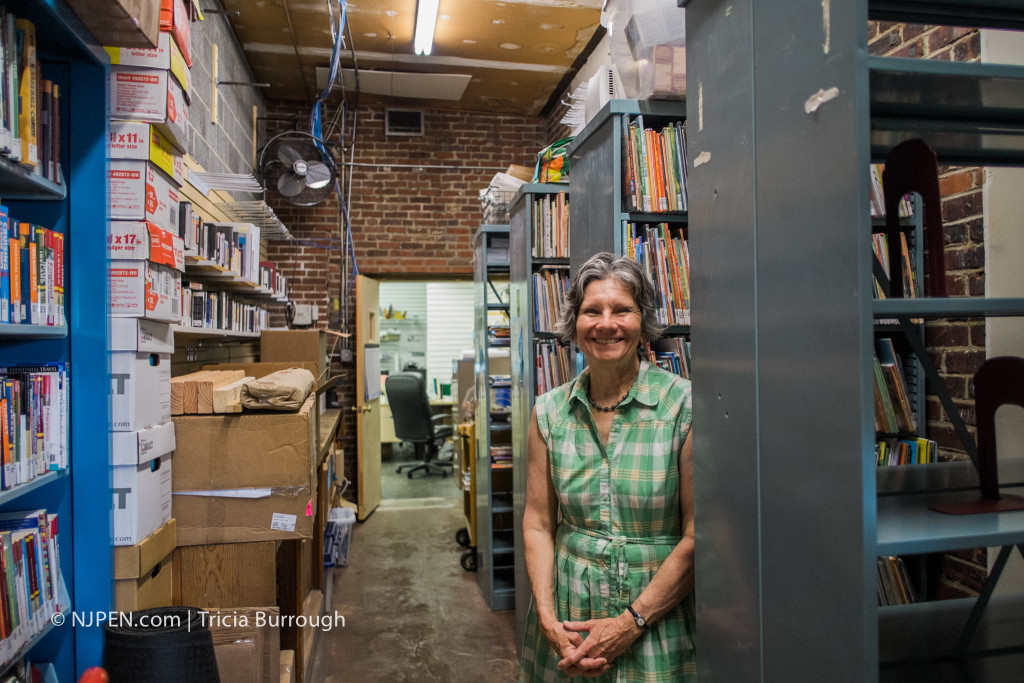 “We’re hoping people, as they shop in Haddonfield, will stop in,” Briant said. “We’ll be open until 9:00 at night, and we look forward to hosting more people.

“It allows us to do a lot of outreach and get new people in who may not know much about the library,” she said.

“It’s going to give us a presence,” said Eugene Kain, vice-president of the Haddonfield Library Board. “I think it’s perfect.”

Kain, a former Haddonfield mayor, recalled the years spent working on the library project through its various iterations. Plans were reformed and scrapped as organizers tried to agree on a vision for the space, he said, and then were eventually shelved when the economy tanked.

“It’s been a long time to make the move,” Kain said. “We’re working on Haddonfield time. You need everyone’s opinion.” 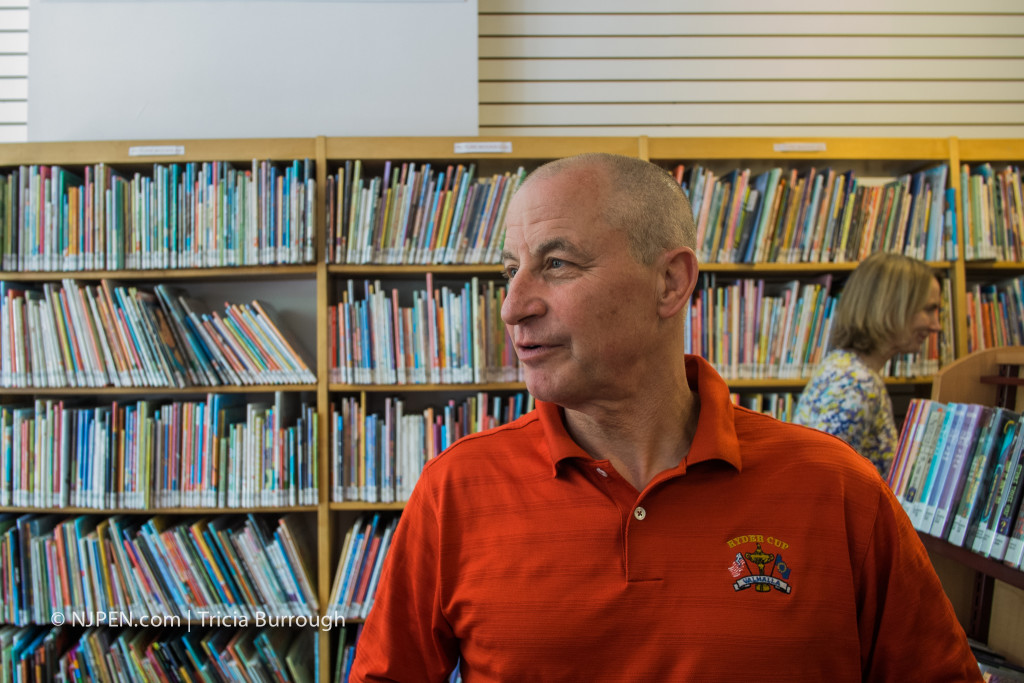 ‘It was the library’s time to move forward’

The borough government is contributing $2.2 million towards the project, with “several hundred thousand dollars” more coming from the nonprofit Friends of the Library, Briant said.

Those costs don’t include $38,000 for storing the balance of the library collection not housed at the Kings Highway annex and another $21,700 (plus utilities) for rental of the space.

In an age when road repairs and infrastructure services are foremost on most municipal agendas, a $2.2-million public investment in the library represents a commitment from the local government that Briant said was a long time coming.

“This has been in the works for 35 years,” Briant said. “I think it was just at a point where it was the library’s time to move forward, especially with the handicapped access and the growth of the community.” 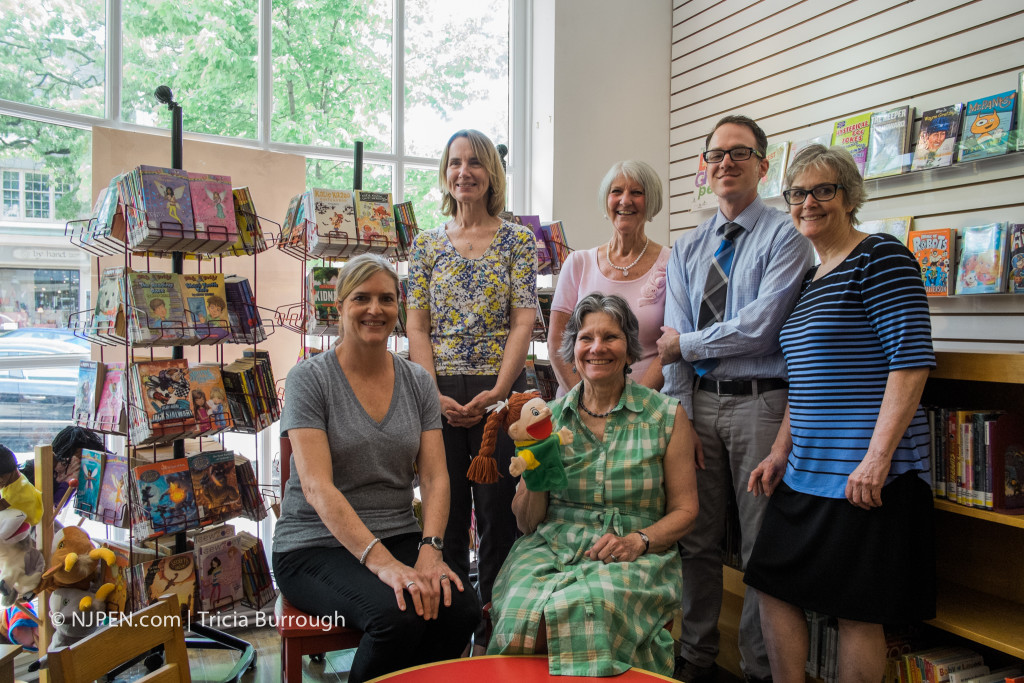 The majority of improvements to the library will bring it into compliance with standards established by the Americans with Disabilities Act (ADA), such as the additions of handicap-accessible bathrooms and elevators.

Other changes will help create a contemporary space to meet the needs of a library that has since evolved beyond furnishings that date back to the 1960’s, Briant said.

Friends of the Library will likely fund the outfitting of the new space, which will include movable shelving and high-end audio-visual and whiteboard technology to support an increasing focus on digital lending.

“We just launched a project called Hoopla, which is streaming television, music, and audio books,” Briant said. “You use your library card and you can download free e-books in the 3M cloud. People can download music for two weeks and then it disappears. It’s especially good for family viewing.” 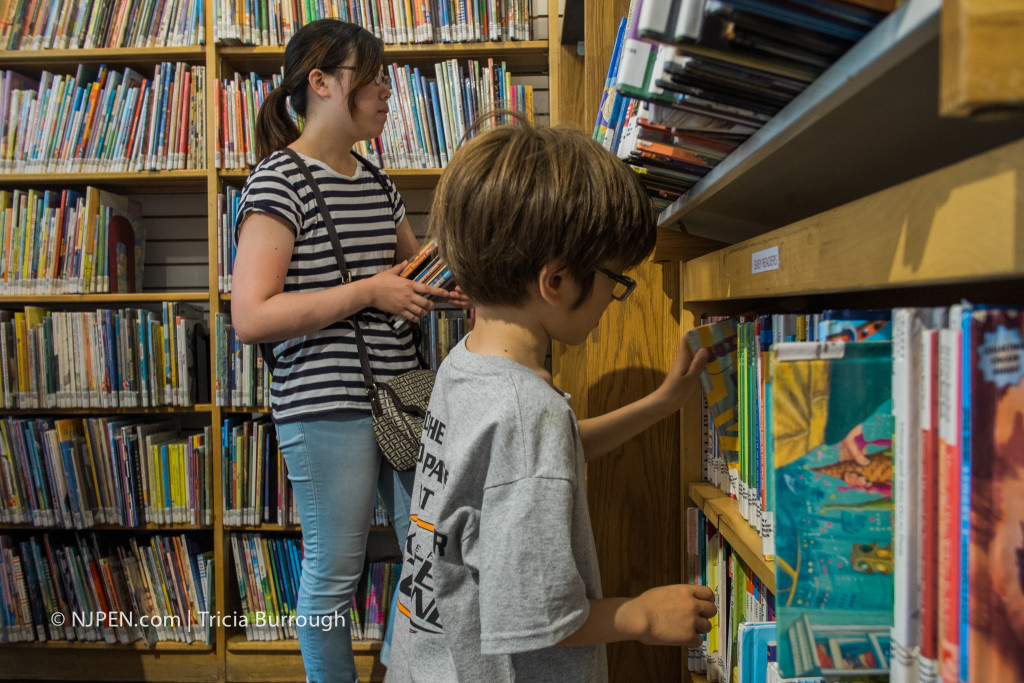 Of course, she said, the library still hosts an extensive print collection.

“Our customers are still saying that they prefer print books,” Briant said. “Some traditions are really ingrained in people.”

One such tradition is that of service. At a time when many businesses and state agencies especially are transitioning to all-digital access, the library represents an individually focused resource for residents who may not be as tech-savvy as they need to be.

From printing tax forms to open healthcare enrollment, the library is still the first stop for many people who need help of all kinds, and that’s in addition to its early childhood literacy programs and teen outreach.

“Libraries have picked up the slack for government,” Briant said. “So many things, everyone’s expected to go to a computer and get this.

“A person here helps you with your specific needs,” she said.