Trending
You are at:Home»Business»Trading Spaces: Yogawood Stretches out in New Studio 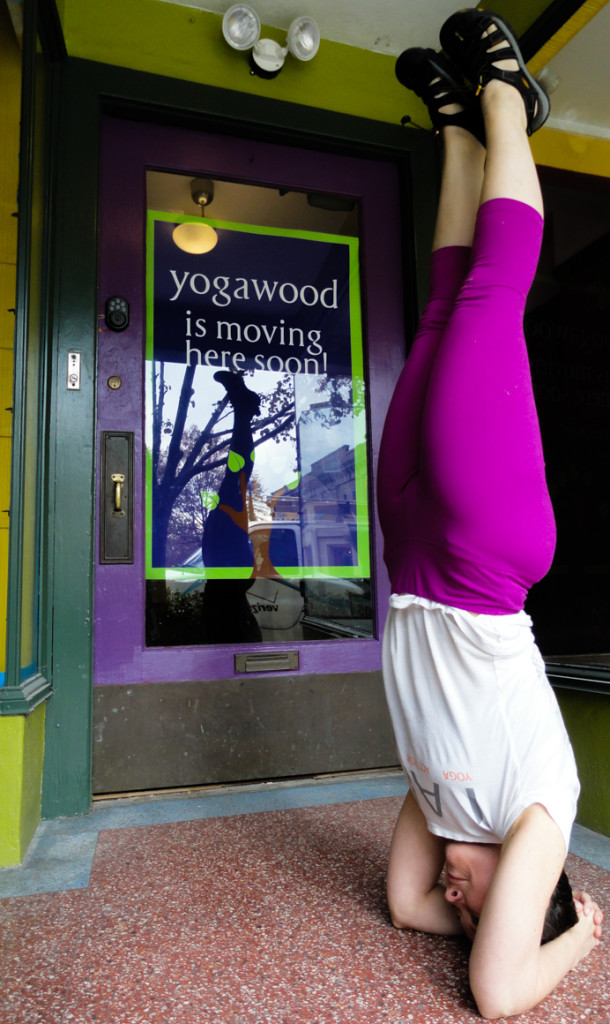 Second Saturday in Collingswood is known for its busking musicians, but if you see a group of people chanting in unison as they walk down Haddon Avenue this weekend, it’s not a performance piece, it’s a farewell ceremony.

After eight years at 688 Haddon Avenue, owner Beth Filla is transitioning her Yogawood studio two blocks down the street, to 817 Haddon, the former site of the recently relocated Collingswood Music.

To commemorate the move, Filla, her students, and fellow yogis will kick off their anniversary party with a chant to Shiva, the Hindu deity associated with change, transition, and the shedding of old ways.

As Filla explains, the walk is a needed opportunity to say goodbye to the building that is “hard for people to let go of.

“We’re leaving this beautiful space that so many people identify with,” she said. “Making the transition from that space to this space, it felt like we should be able to pull the energy with us.

“We’re going to walk the chant here and then open up the party.”

Lovely as the old space had been, Filla said, when the owner of 688 Haddon Avenue put the building up for sale, Filla sand she realized that her business had outgrown it.

At the same time, she and her husband, Collingswood librarian Brett Bonfield, were interested in downsizing from their “big, old house” into something smaller.

“We had an agreement of sale on the [Lincoln Avenue] building that is now Collingswood Music, thinking we were going to make a very interesting loft space and live in it,” Filla said. “That deal fell through [and]we started looking at some houses, then commercial spaces that we could live on top of.

“We fell in love with this space, never thinking that Yogawood would move downstairs,” she said, “and then [Collingswood Music owner] Ted [Velykis] purchased the building that he eventually moved into on Lincoln.

“The symmetry of the deal is very beautiful,” Filla said.

For Filla, remodeling the old Collingswood Music building was an opportunity to make it entirely her own.

The old practice rooms were demolished, as was an antique restoration garage in the rear of the building, to create a pair of yoga studios. The rooms have been re-insulated, repainted, and re-appointed with new fixtures and a corkwood floor.

“lt’s this beautiful, warm, and welcoming space now,” she said. “It enables us to have [multiple]classes going on at the same time, and that lets us do things like have our yoga teacher training at the same time as the rest of our community [practices].”

Filla said the move also has helped her to refocus the mission of her studio, eliminating its retail component as well as parting company with its longtime co-tenants, who have opened up their own wellness practice on the White Horse Pike in Collingswood.

That refinement of purpose will also help Yogawood to emphasize its yoga offerings, she said, which include ashtanga-based vinyasa, giva mukti, yin, gentle, and prenatal classes. 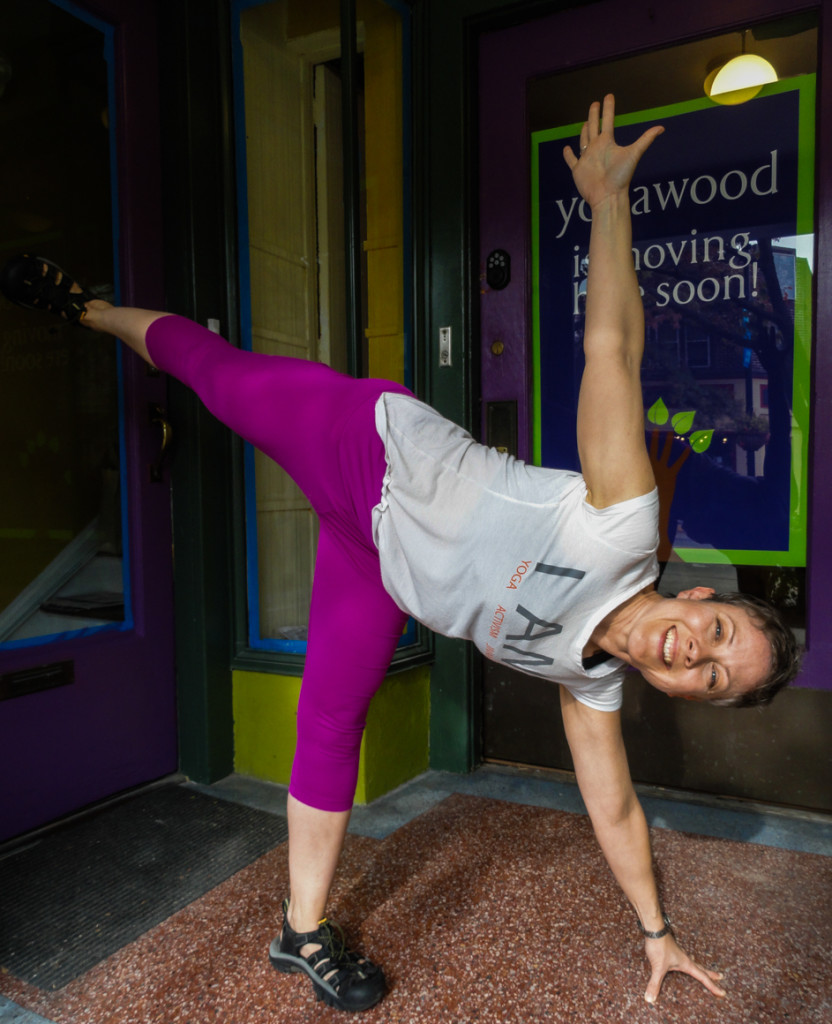 Yogawood owner Beth Filla will open up her new studio with a party on Saturday. Credit: Matt Skoufalos.

As the popularity of yoga in the United States has blossomed since the early 1990’s, a number of studios like Yogawood have cropped up even throughout South Jersey.

Filla recognizes that her offerings have become more specialized in that time as well, growing as she has expanded her own learning.

“Every yoga studio has its own vibe, and the way that I hear people describe Yogawood is ‘warm,’” she said, “and I’m happy to say that it’s warm without being coddling. There are still really challenging things that happen, but with a sense of humor and a sense of appreciation for each other.”

Filla, who instructs classes in giva mukti yoga, said that energy is created by her approach to the direction of the studio as much as by its clientele.

“You see the divine in all things, and that includes everyone who walks in the door,” she said. “There’s this understanding that people are seen as their true selves when they come in, not the story they’re bringing in.”

“You’ll never go to one of those classes and have it be about the weather or ‘everyone should be gentle to themselves and just feel good,’” Filla said. “Giva mukti yoga is specifically designed to move the practitioner towards liberation. Everything is grounded in that philosophy; every pose that you do is coordinated to get you closer to that.”

For those less confident of being able to tackle an intense class, Yogawood also offers yin and gentle yoga instruction, which help form core strength, calm the mind, and ultimately, continue to seek clarity.

“The goal of yoga is clarity,” Filla said. “It’s never about the pose. It’s about what your brain is doing as you get into the pose. I realize I’m telling people to do less in the postures and they’re getting deeper into them as a result.”

Plenty of students enter her classes being told “you should do some yoga,” Filla says, but that’s really the prelude to a bigger conversation about what they’re seeking from the experience.

“Something about the tension and release that you experience in a yoga practice, everything contracts and then expands. It’s like you’re a big sponge. You squeeze out, let everything in, and then everything is more available. Your body feels more relaxed and open.

“There are a lot of uncomfortable situations in everyone’s life,” Filla said. “In a vigorous yoga practice, you learn how to breathe in that uncomfortable space, and calm yourself down and be present with it without frustration and anger.”

Yogawood will kick off its eighth anniversary party at its former location, 688 Haddon Avenue, at 6:30 p.m. on Saturday, November 8. The ceremony will continue thereafter at the new studio, located at 817 Haddon Avenue.