Redevelopment of the Victorian-era homestead has stalled amid ongoing negotiations at the site of the former Bancroft parcel, and interest in fixing up the property seems hard to come by. 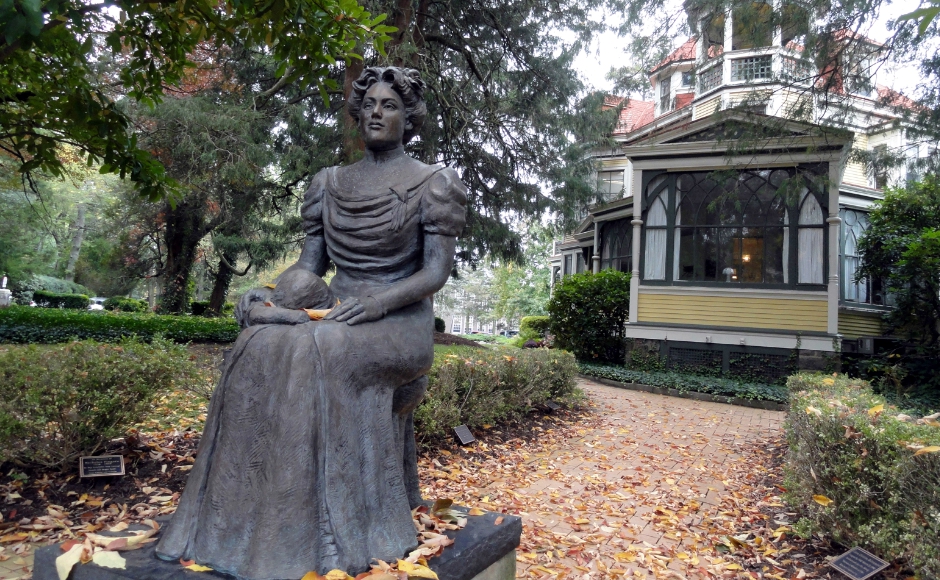 For the past several years, the fate of the largest redevelopment project in Haddonfield — the 19-acre, former Bancroft parcel along Hopkins Lane — has dragged on.

Amid negotiations to keep the property from becoming an inpatient rehabilitation center, citizen-led lawsuits challenging the density and nature of the project, and a land swap with the borough school district that further subdivided the parcel, another wrinkle remains.

The question of what to do with the 136-year-old Lullworth Hall, the historically significant Victorian-era home that once housed the Bancroft administrative offices, appears to be as thorny as any in the conversations that have preceded it.

Under terms of a recently finalized transfer agreement with Haddonfield Public Schools, the district will take control of a 4.7-acre area that includes structures Cooley Hall, the greenhouse, the carriage house, and another out-building behind Lullworth Hall and the acre-plus parcel there.

That land and the properties on it can be put to any educational use by the district, which must present its plans to the borough land use boards for approval before any construction can take place there. The borough retains responsibility for demolishing Cooley Hall if the district chooses to do so.

In exchange, the municipality takes possession of the Radnor Avenue athletic fields, which will continue to be preserved as open space and used for local athletic contests. Haddonfield Mayor Colleen Bianco Bezich said that borough leaders plan to comprehensively evaluate how open space in the community is used, and by whom.

While those moves clarify ownership of a significant area of the property that adjoins the borough high school, the fate of the one-acre Lullworth Hall subdivision remains murky. The home and its surrounding property have been designated for redevelopment, but exactly what form they may take — and who’s interested in taking on the work to restore them — remains undefined.

A segment of the Bancroft redevelopment parcel controlled by the Haddonfield School District. Credit: Borough of Haddonfield.

Moreover, the challenges inherent in reviving the property may prevent it from returning to active use for some time. Early in 2022, borough officials hosted a walk-through of Lullworth Hall as part of a solicitation of proposals for its redevelopment. It garnered not a single response.

“What we were essentially looking for there was anybody with a proposal that is a creative and adaptive use of the space,” Bianco Bezich said. “But we didn’t get anything.

Complicating the matter further is the degraded-and-still-deteriorating condition of the Bancroft parcel on the whole. When the borough government took possession of the property in a deal with developer of record J. Brian O’Neill, Lullworth Hall was already in a state of disrepair. More than six years later, a lack of weatherproofing has accelerated its decline. The longer it takes to formulate plans for its restoration, the costlier and more time-consuming the project becomes.

“In an ideal world, we would see a 501c3 or conservancy group try to take ownership [of the building] from the borough, and fundraise and restore it to its glory,” Bianco Bezich said. “There’s some beautiful things there that could benefit the whole community, but the borough doesn’t have the pockets to make it a reality.” 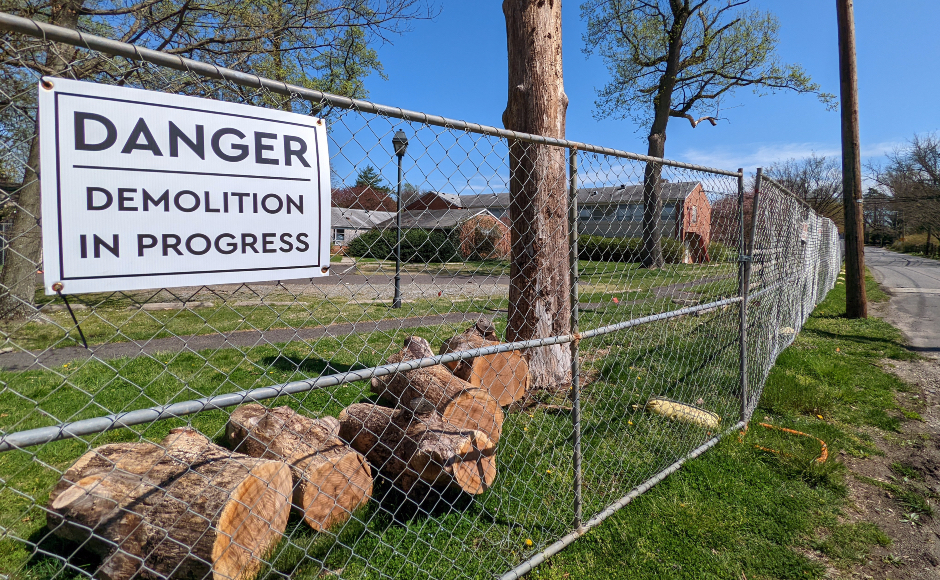 Demolition is underway at the former Bancroft property in Haddonfield. Credit: Matt Skoufalos.

Any number of potential uses for the space — from a boutique hotel to a community center or professional offices — would benefit Haddonfield, the mayor said.

Potential partnerships with private donors, or tax credits from the state Economic Development Authority could also help ease its transition to active use.

(The property last received a $200,000 state historic preservation grant in 2000 to help facilitate needed repairs to the building envelope.)

The borough itself also could consider a PILOT (Payment In Lieu of Taxes) agreement to facilitate any such project, “particularly if it could restore a building like that to its glory,” Bianco Bezich said.

There’s also hope that movement on the larger-scale redevelopment project could accelerate interest in redeveloping Lullworth Hall. However, the borough is still waiting to see how O’Neill’s group, 2 Hopkins Lane, LLC, plans to proceed.

The two sides have been in negotiations over the parcel for the last year-and-a-half, and several options remain in play, including a walkaway clause, which O’Neill could exercise for a $600,000 fee. Haddonfield also solicited bids for an appraiser to determine the value of its contractual rights to the project, which should also be known soon.

In the meantime, the condition of structures across the entirety of the Bancroft campus continues to decline.