One victim was driving a car that was pinned beneath a downed tree on the White Horse Pike. Damaged public properties include the local high school, Board of Education building, and baseball field. 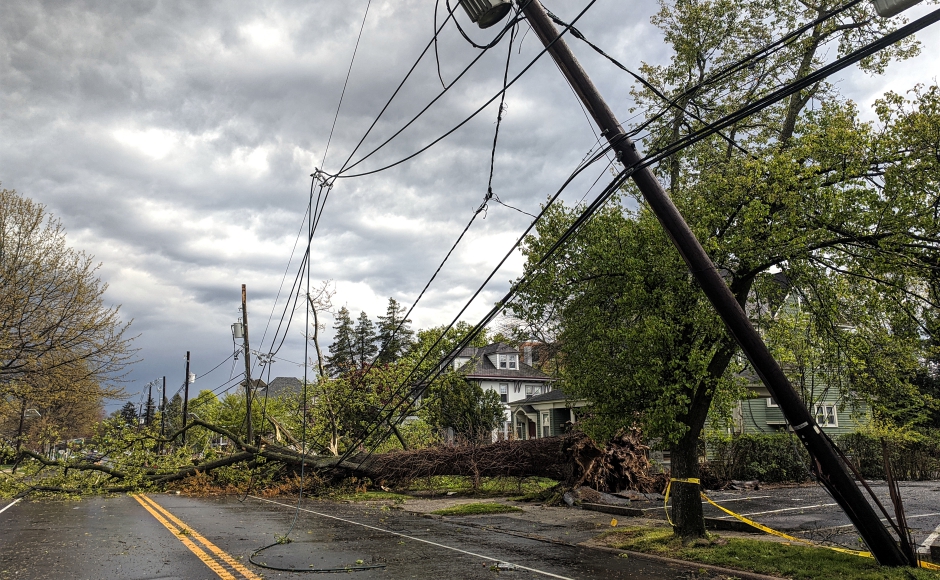 Some of the most severe damage was observed in Haddon Heights, where the driver of a black Honda was transported from the scene of a vehicle accident on the White Horse Pike after his car was pinned beneath a fallen tree.

“The car was struck in traffic on the White Horse Pike,” said Haddon Heights Fire Chief Michael Kinky. “The tree came down, striking the car and trapping the driver inside.”

A complement of firefighters from Haddon Heights and Barrington “made a gut decision” amid live, downed power lines to extract the man, said Haddon Heights Mayor Zach Houck.

“They jimmied the door open and plucked him from the car,” Houck said.

The driver was “semi-conscious” after the accident, Kinky said, and was transported to Cooper University Hospital for trauma care. 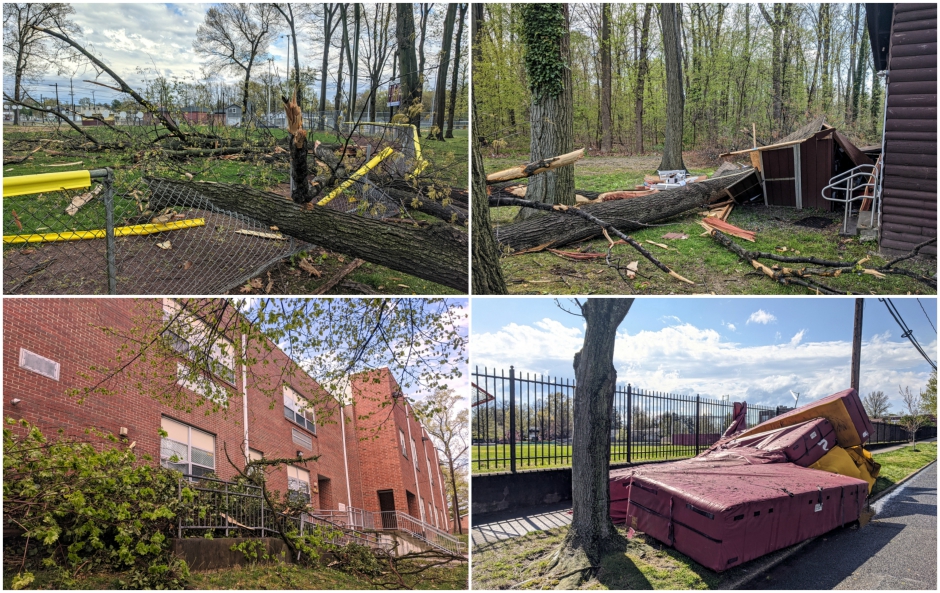 Between 1:30 and 6:30 p.m., the Haddon Heights Fire Department fielded more than 60 calls for service, Kinky said. At least two homes were deemed uninhabitable after storm damage in the area, and other public spaces suffered visible damage.

At the Haddon Heights Board of Education building, a fallen tree from an adjoining property crashed over the wheelchair ramp on its side entrance.

Across the street, the shed behind the Haddon Heights Cabin was destroyed by another fallen tree; not far away, another smashed through the fence at the boys minor youth baseball field. 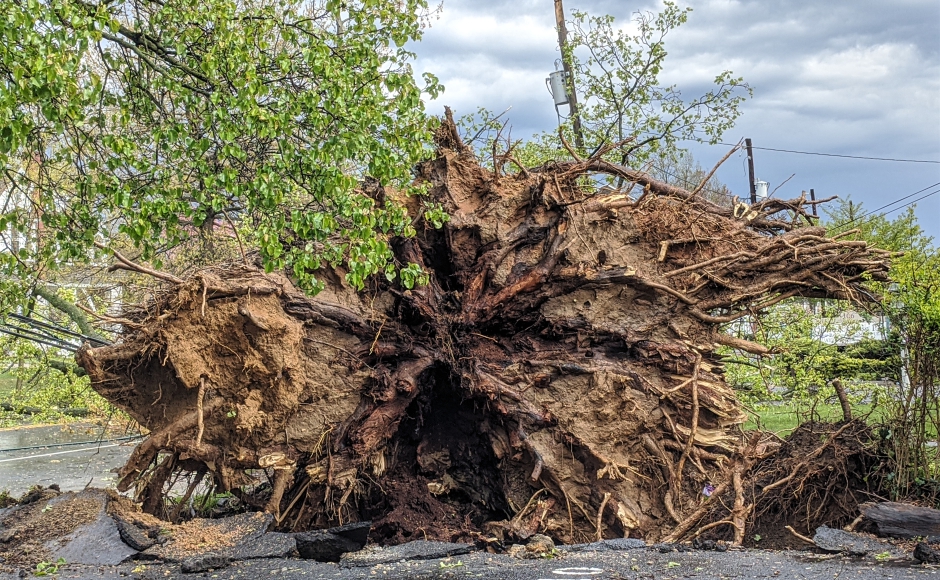 On First Avenue, another massive tree fell across the road, dragging down power lines with it in a residential area.

Farther up the block, the crash pad for the high school track and field team was itself sent skyward and over the fence at the perimeter of the facility.

Houck urged residents to stay away from downed electrical lines until PSE&G workers can clear them.

Workers from the combined Haddon Heights-Audubon Public Works crews were already busily clearing trees throughout the borough by the time the storm had cleared.

Storm damage recap in @haddonheights. This was a wild one. Be careful around downed power lines.