A spokesperson for the Camden County Prosecutor’s Office said the case is under investigation. 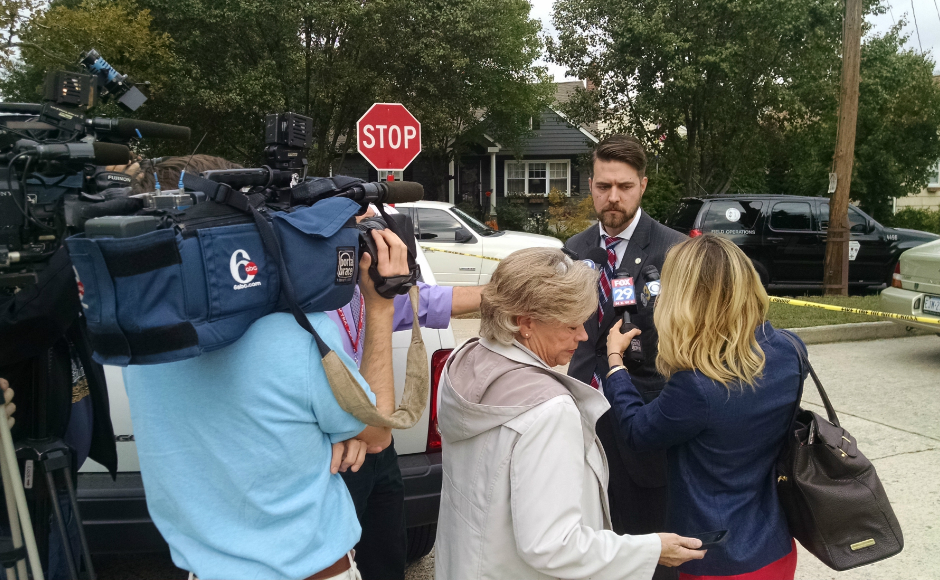 UPDATE: (10:32 a.m., Tue. Oct. 13): Authorities report that the body of a missing 3-year-old Haddon Township boy was recovered by K-9 units in the woods near South Park Drive shortly before 9 a.m. Tuesday.

The identity of the child has not been released officially pending notification of the family, said Camden County Prosecutor’s Office (CCPO) spokesman Andy McNeil. Automatic phone messages distributed throughout the community earlier in the morning had previously identified him.

The investigation is ongoing and an autopsy will be conducted to determine the manner and cause of the boy’s death, McNeil said.

A Collingswood resident who identified herself only as “Kat” said she was on-hand with searchers this morning when things seemed to have taken a turn for the worse.

For more updates to the story, including additional neighbor reactions, click here to read our follow-up.

Authorities, neighbors, and volunteers from throughout Haddon Township and the surrounding area are searching for a missing child.

Details are scant at present, but neighbors reported looking for a three-year-old boy who may have wandered away from his grandmother’s home. Confirmation of his name and description are expected to be forthcoming.

Police, firefighters, and members of the Camden County Office of Emergency Management have been on the scene since early Tuesday morning, aided by helicopters, K-9 units, and other searchers. Automatic phone calls were circulated throughout the neighborhood as well.