Trending
You are at:Home»Business»‘Beast of the Street’ Food Truck Brings Rent-a-Chef Into Mobile Catering

Mark Rooks of Rent-a-Chef in Haddonfield and his wife, Ridgeway Grace, formerly of My Little Kupkake in Collingswood, have paired up to create ‘Beast of the Street,’ a food truck with a revolving menu. 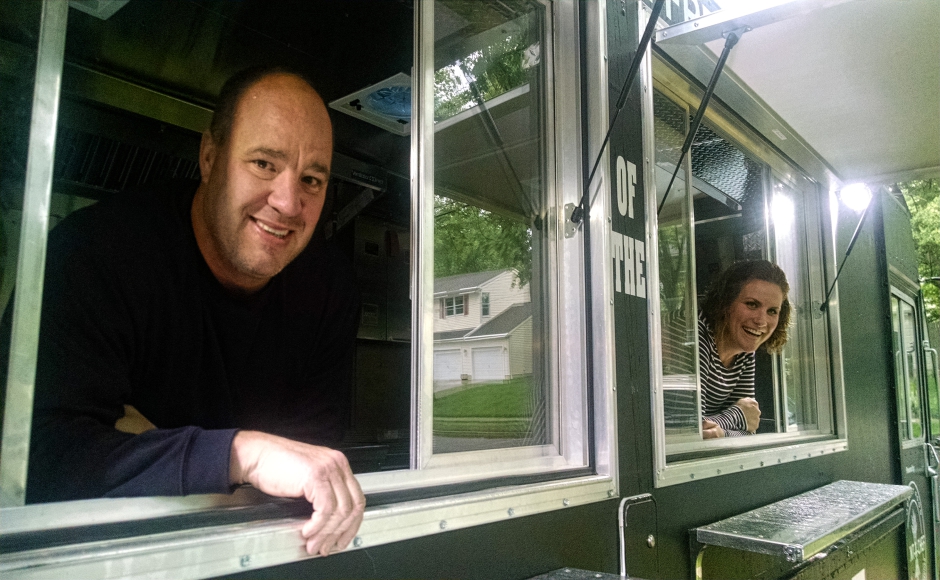 The Beast of the Street truck. Credit: Matt Skoufalos.

Mark Rooks built Rent-a-Chef, his Haddonfield catering business, because he didn’t want the long hours associated with operating a restaurant.

The flexibility of on-demand menu creation also kept him interested and able to engage with a variety of clients and culinary ideas.

The latest of these is Beast of the Street, a food truck that Rooks designed with his wife, Ridgway Grace of My Little Kupkake in Collingswood. The concept is based on their love of variety, the popularity of food truck businesses, and a desire to create something different in the mobile vending market.

“Everybody always wants a lot of the same stuff for catering,” Grace said. “[Beast of the Street is] much more versatile and a little more upscale in items than your regular food truck. We wanted to be different.”

The truck was built by East Coast Custom Coaches of Manassas, Virginia, and was wrapped by SpeedPro Imaging. Its extensive kitchen features two prep tables, a fryer, char-grill, cheesesteak griddle, four-burner sauté station, three-bay sink, and a bain-marie. Rooks said he designed it “with the staples of someone who cooks.”

“We can grill steaks and burgers; we can make fatty foods, or fries, or tempura,” he said. “We can do cheesesteaks, fried rice, teppanyaki, blackened fish. It’s designed just like the Rent-a-Chef headquarters kitchen.”

Grace and Rooks said the truck will give them the opportunity to create a variety of dishes. Credit: Matt Skoufalos.

When Grace was brainstorming ideas for the branding of the truck, she came across an old butcher’s chart outlining various cuts of meat. It said “the Beast,” a favorite family term, and she knew she’d found her answer.

Retaining the matte black color scheme of the artwork, she kept the white cow outline for contrast, and the Beast of the Street brand was born.

“It’ll be good, and we’ll change it up a lot,” Rooks said. “I’ve got a million ideas, and I’m going to play chef on [the truck]  for the full season.

“We want it to be a place where somebody knows they’re going to get a good, quality product, and they’re not going to be ripped off,” he said. “We want to give people what they pay for: restaurant-quality food out of a truck.”

Rooks believes Beast of the Street can compete in a burgeoning Philadelphia food truck scene, but he’d really like to see a similar market take hold in South Jersey’s street fairs, vineyards, and craft breweries. With numerous public festivals and events being built around pop-up economies, he thinks the time is ripe for experimentation. 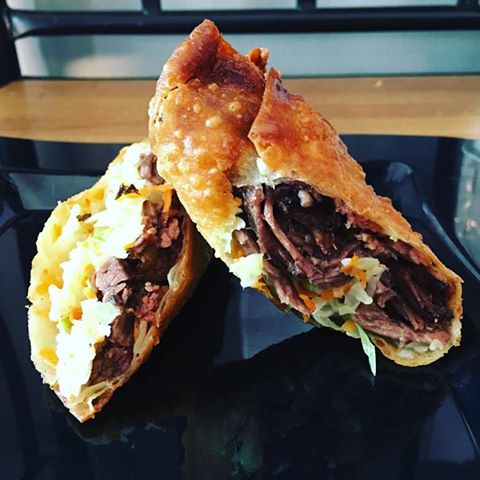 “Why don’t we stay over here and try to figure out what we can do over here?” Rooks said. “We’re not limited to one thing. The truck is designed so we could pair the menu with the wine and food.”

Beast of the Street is also an opportunity for Grace to get back into the food game. Last year, she had to shutter her Collingswood bakery, My Little Kupkake, while she resolved some health issues and focused on her children.

Working on the food truck, rebranding and refreshing Rent-a-Chef, and preparing to launch the new venture have also left Grace feeling re-energized.

“A couple weeks ago, for the first time since I shut down the bakery, I finally feel like I have a purpose,” Grace said. “I designed the layout of the truck, the logo, the concept, the menus. It’s been good. It was a distraction to get me through the last little bit of the health stuff.”

After 12 years of marriage, the project has also helped the couple, who have very different styles in the kitchen, to find their rhythm in a shared business partnership.

“We really complement each other well because we’re so opposite,” Grace said. “We bring each other back.”

Beast of the Street will make its debut at the June 12 South Jersey Food Truck Fest at Cooper River Park.