Trending
You are at:Home»People»‘Big Latch-On’ Makes a Statement for Breastfeeding in Collingswood

Organizers say the event is a symbolic demonstration intended to de-stigmatize a natural practice. 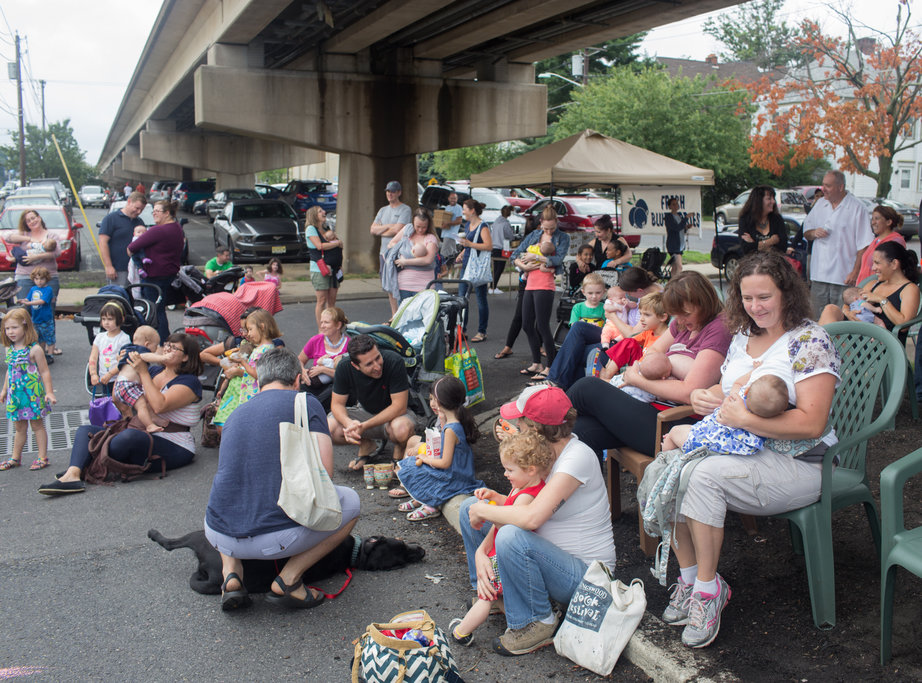 The Collingswood farmers market is known as a family-friendly establishment, from its drop-your-stuff-here “Veggie Valet” service right down to its “well-behaved dogs” policy.

On Saturday, the market hosted a breastfeeding event that expanded that mindset in some important ways for local moms and babies, as some 15 women participated in a coordinated public feeding.

The sit-in (or latch-on, more properly) was one of some 12,600 such events hosted worldwide in conjunction with the Big Latch-On, a global breastfeeding awareness initiative.

The Collingswood event, which lasted for only a symbolic moment or two, was a product of “the very best in community rallying,” said organizer Amanda Kimmel, who thanked supporters from Friends of the Farmers Market and The Nesting House for bringing the event together so quickly. 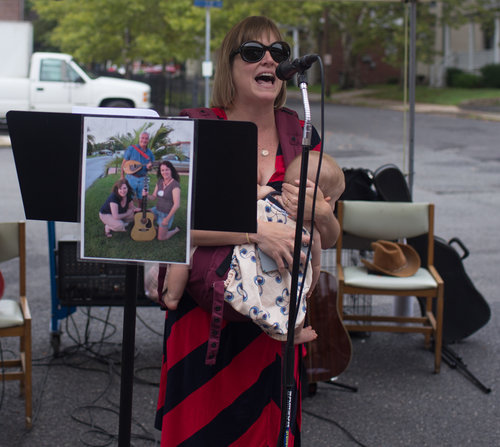 “Public breastfeeding is still taboo and frowned upon,” said Kimmel, a social worker in the Kennedy Health System. “It often turns into a contentious debate. An event like this can serve to show that it doesn’t have to be.”

Despite a 1997 law that protects breastfeeding women in New Jersey, Kimmel said that mothers are still working to normalize the cause of public breastfeeding. Many public places also offer lactation rooms for this purpose, which remains somewhat thorny, she said.

Kimmel, herself a nursing mother, also stressed that although the event was a public demonstration in support of breastfeeding, none of the participants was there to promote a “lactivist” pro-breastfeeding agenda.

“Nobody is trying to say that formula is bad or there’s a right or wrong way to feed your child,” Kimmel said. “That breast-is-best message can be very off-putting, and can come across as militant and not in support of all women, which is the opposite of the cause.” 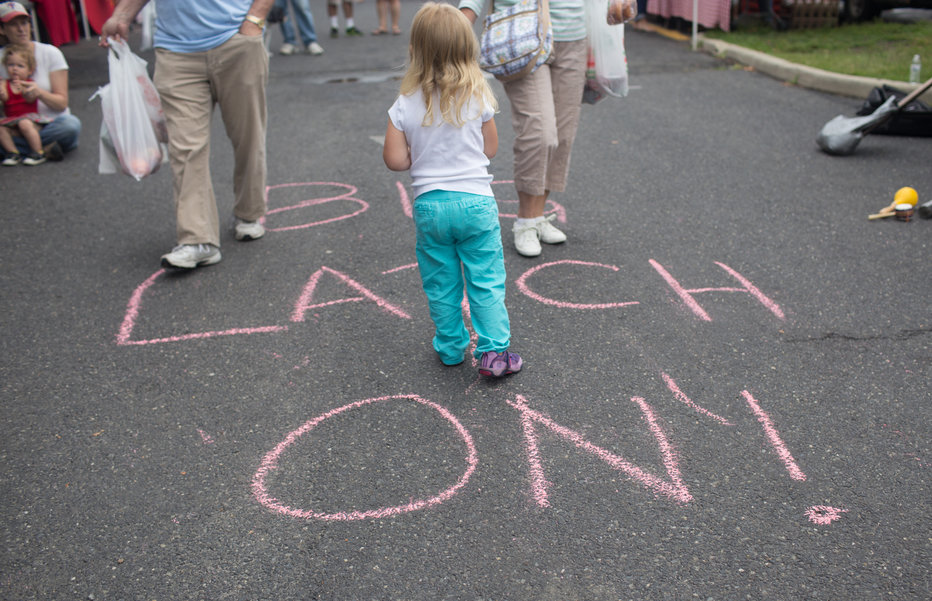 Peggy Stedman, an international board-certified lactation consultant, said that despite the endorsements of groups like the World Health Organization and the protections of the federal government, breastfeeding mothers still draw unwanted attention for a behavior that is “really natural and common.

“People still seem to be offended by it, and they will make comments, even [to]mothers that are nursing discreetly,” Stedman said. “You should really be able to nurse however you want.

“In many foreign countries, it’s not a big deal but in America, it certainly is,” she said.