Trending
You are at:Home»Opinion»Birds Blog»Birds Blog: a Tale of Two Halves (Part II)

With the help of a castoff kicker and some free-agent pickups, the Philadelphia Eagles did something in Indianapolis that they haven’t in 23 years. 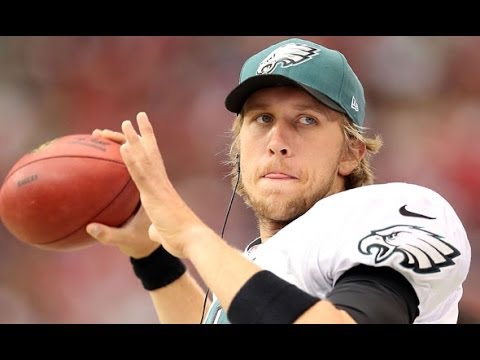 On the big stage Monday night, the Eagles and Nick Foles out-dueled the Indianapolis Colts and their media darling quarterback Andrew Luck, 30-27. With the comeback victory on the road, the underdog Eagles notched the signature win, to date, for both Foles and head coach Chip Kelly.

The Birds bucked a number of negative trends to win this tough, early-season contest. Chuck Pagano and Andrew Luck have lost ten games in two-plus seasons together, following each of those with a win. The Eagles handed the Colts their first consecutive loss in the 34 games since Luck became the starter.

The other trend was more ominous. Assuming the Colts reach the playoffs this season, Monday was the first time the Eagles beat an (eventual) AFC playoff team on the road since December 2, 1991.

Those who remember their Eagles history will remember fondly what occurred on that Monday night: the famous House of Pain Game. Many of us remember that game like it was yesterday, yet it was 23 years ago and the Eagles had not matched that accomplishment until last night.

The first half of Monday night’s contest was similar to the opener against Jacksonville. The Eagles offense was much better, comparatively, but its three red zone trips amounted to only six points. The defense again did just enough to keep the Eagles close, while the offense struggled to find its footing.

In his first full season as the starter, Foles is still finding his footing, but he displayed grit, making late clutch plays with the game on the line. In only three more passing attempts than Luck, he nearly doubled his opponent in yardage, topping the 300-yard mark for the second time in as many weeks.

The run game produced little in the first half, as a patchwork offensive line gave running backs Lesean McCoy and Darren Sproles nowhere to go; however, both contributed as receivers. Sproles especially was phenomenal for a second straight week, his seven receptions for 152 yards making him the team’s leading receiver for the game.

Impressively, the makeshift offensive line blocked well for Foles, and did not allow a sack all game. The young quarterback moved the chains, but the Eagles were bogged down inside the twenty on all three of their first-half opportunities. At halftime, Indianapolis led 20-6.

The common thinking after the Week One contest was that the Eagles could not resurrect their fortunes after digging a similar hole against a team better than the lowly Jaguars. Apparently this team is good enough to do just that, although tempting fate by trying it too much would certainly be unwise.

In the second half, the Eagles ran the ball much more effectively, as Foles, who was still not at his sharpest, continued to amass yardage through the air. The team was much more efficient in the red zone, scoring on three of four second-half opportunities inside the 20-yard line.

Nonetheless, the Eagles trailed 27-20 with 5:08 left in the game. The Colts were comfortably in field goal range, facing a third-and-eight. Instead of running the ball and virtually ensuring themselves a 10-point cushion, Luck, threw an interception to Eagles safety and free-agent pickup, Malcolm Jenkins. Jenkins looked to have only daylight between Luck and the end zone, but was tripped up by a desperation tackle from Colts running back Trent Richardson.

Foles marched the Eagles down the field and threw a nifty side-arm strike to Jeremy Maclin to tie the game with 3:05 left.

ESPN announcers Mike Tirico and John Gruden were positively salivating at the possibility of Andrew Luck leading his team to yet another late comeback, as the highlight packages of his earlier counterattacks rolled. Instead, the Eagles’ bend-but-don’t-break defense forced the Colts to go three and out.

On the next possession, Foles hit two clutch passes to tight end Zach Ertz and Sproles, and suddenly the Eagles were within field goal range. Kicker Cody Parkey, acquired from the Colts in the week before the season opener, drilled the 36-yarder twice, outkicking Pagano’s timeout, “kicker-freezing” attempt as time expired.

And like that, the Eagles are 2-0, one of only seven remaining undefeated teams in the league. They join Arizona and Carolina as the only unbeaten teams in the NFC. Clearly, they are the class of the division at this point.

Yet a dangerous game looms next Sunday at the Linc against the division rival Washington Redskins. The Eagles have a chance to establish early control of the NFC East in six days. Stay tuned!