Trending
You are at:Home»Opinion»Birds Blog»Birds Blog: Eagles on the Verge of History

As a whirlwind season grinds to its conclusion, blogger Mike Diviney looks back on the milestone moves and moments that built an NFC champion. 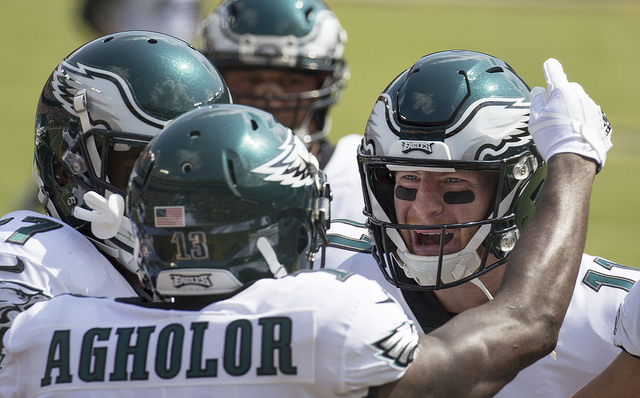 The spark that ignited this most improbable Eagles season came back in Week 3—before fans knew if the team could win a close game, before they knew if Carson Wentz could improve on his rookie season; before they learned that a defense with several question marks could stand out among the best in the NFL.

A seemingly promising Giants season effectively was ended that that Sunday in September, while an Eagles season that had been devoid of expectation suddenly sharpened into focus.

With time expiring, rookie replacement kicker Jake Elliott connected on an NFL-record-tying, 61-yard field goal in his first-ever game, foreshadowing the resilience for which his team would become known this season.

When the MVP-favorite Wentz was lost with three weeks to play in the regular season, though, everyone was ready to bury the team. The engine that made it all go had sputtered out.

Wentz’s development this season has been incredible. The squeaky-clean boy scout became the best quarterback in the NFL; more than that, he entrenched himself in Philadelphia as a true franchise quarterback. He provided the chemistry that shapes the fortunes of any successful team—and more than anything, he made Eagles fans believe that they had a shot at winning.

When Wentz tore his ACL against the Rams, Philadelphia fans feared that, once again, tragedy had struck, denying them the dream of a Lombardi Trophy when it seemed closer than it had in a lifetime.

The hopes that had been built up in the unlikeliest of seasons now rested on the shoulders of Nick Foles, a backup quarterback who had been jettisoned two years ago in a whirlwind series of mistakes authored by Chip Kelly. 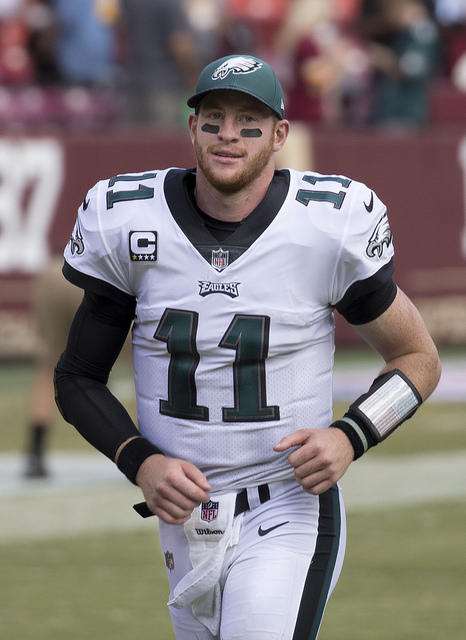 The men tasked with repairing the damage of Kelly’s reign—GM Howie Roseman and Head Coach Doug Pederson—would once again find their decisions scrutinized as the team and its depth were tested to the utmost.

No one had thought the Eagles would be in the market for wideout Alshon Jeffrey, the best available receiver this offseason, but Roseman signed him to a one-year flier, and then inked Jeffrey to a multi-year extension.

Roseman was entirely deserving of his NFL Executive of the Year award, but his most clairvoyant decision may have been the hiring of Doug Pederson, a decision that, at the time, struck many pundits as uninspired.

Not enough can be said of the job Pederson has done. From technical wizardry to on-the-fly adjustments, Pederson has won over even the most ardent doubters in just one season. He created the winning culture the Kelly regime so endlessly discussed but never achieved. Pederson’s results have also validated owner Jeffrey Lurie’s often-mocked assertion that, after Kelly, he wanted a coach with emotional intelligence.

Very few people thought Pederson was that guy, but he continued to gain the same respect from fans that he once commanded from his players as an NFL quarterback. And under his leadership, Wentz learned how to lead a locker room, and his backup, Nick Foles, learned how to win one back.

Foles not only closed out the Rams in relief of Wentz to shore up the NFC East title, but then led the Eagles to two straight victories, securing the playoff homefield advantage that set them on a direct path to Super Bowl LII.

Even after a bye week, many fans still doubted Foles, due to his uneven (though winning) play in the final few weeks. Given the opportunity to knock off months of rust with the first-teamers, however, Foles reminded everyone—maybe himself—that he still had more to give.

As home underdogs against the visiting Atlanta Falcons, Foles led the team through one of its most hard-fought, gritty contests; then, in the NFC Championship Game, he smoked the vaunted Minnesota Vikings on the biggest stage he had yet seen. Since taking over for Wentz, Foles has authored an incredible five comeback victories in six games played, and is 18-5 in his last 23 starts as a Eagle. 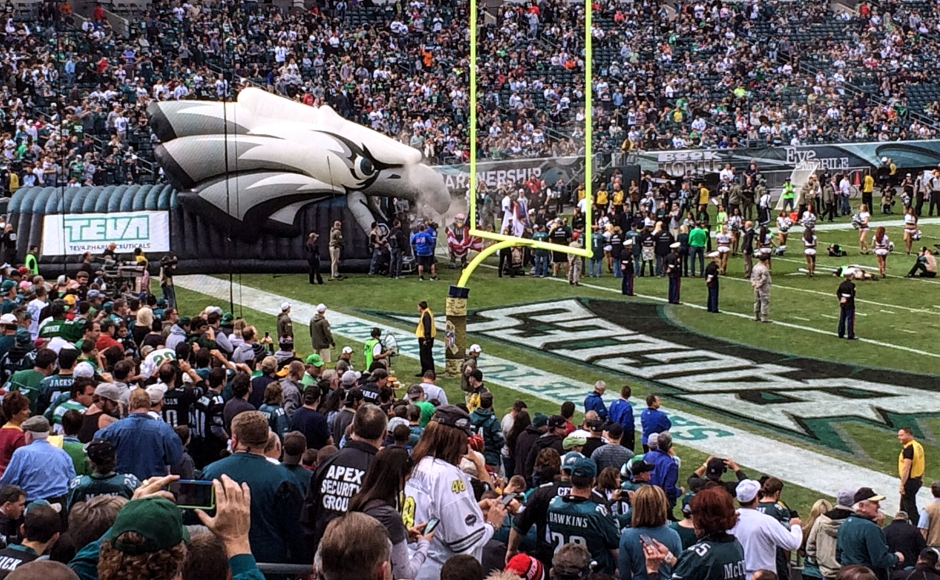 But for all the Eagles offense has produced, it’s the defense that has powered the club in Wentz’s absence.

Led by the emotional Malcolm Jenkins in the secondary and mountainous workhorse Fletcher Cox up front, Jim Schwartz’s squad has held opponents to 17 points in two postseason games, while providing two interceptions, four sacks, and a forced fumble (and overcoming two fumbles surrendered by the Eagles offense).

Just two years ago, the franchise was left in a shambles; now, it’s on the precipice of concluding a historic season with the ultimate victory. The defending-champion Patriots are older, their defense weaker, and rumors of a rift in the Robert Kraft-Bill Belichick-Tom Brady triumvirate make them seem more vulnerable than at any point in their dynastic decades of success.

The Patriots are fat and vulnerable. The Eagles, rolling and hungry, are just the type of team to knock them off, relying on the strengths of Long and Blount, who just last year helped win Brady and Belichick a fifth championship. Yes, these Patriots have won five Super Bowls with Belichick and Brady. They’ve also lost two—to NFC East teams—and they’re in line for a third.

It is the Eagles’ time. Keen observers can feel it. The Patriots are tired Romans, ruling over a landscape crawling with new rivals. The Eagles are marauding Goths, howling outside the walls. On Sunday, they sack the empire.