Behind backup quarterback Mark Sanchez, the Eagles continued to perform in all facets of the game. 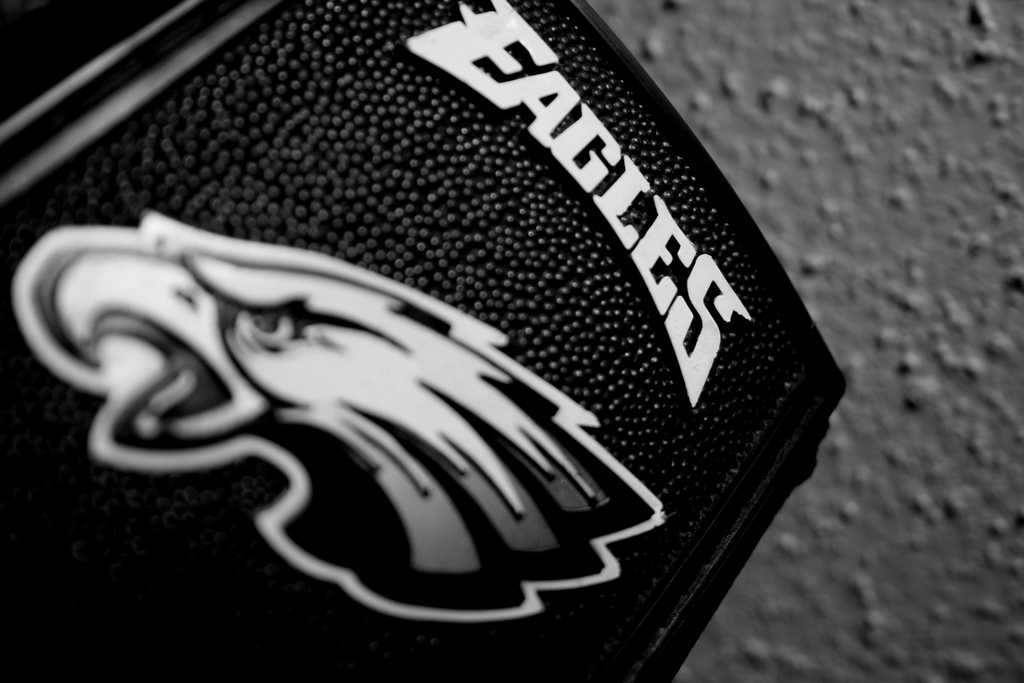 NFL teams begin to define themselves around the halfway mark of the season.

As the leaves fall and the winds of winter begin to howl, NFL pretenders go home and NFL contenders band together and gird themselves for the war of attrition that follows.

The Eagles have proven they are a quality NFL team. So far they are standing tall against the harsh winds.

On Monday Night Football, the team had its first opportunity to show how it would weather the losses of their offensive and defensive quarterbacks, Nick Foles and Demeco Ryans, respectively.

They put up a laugher that was over by halftime.

In felling the visiting Carolina Panthers 45-24, the Eagles posted their ninth straight home win and showed a primetime audience that they have become a reflection of their coach. Chip Kelly is a no-nonsense innovator who expects, demands, and accepts nothing but maximum preparation and effort. His team has bought in fully. They give what Kelly demands, without hesitation, on offense, defense or special teams.

The conventional wisdom coming into the game was that the Eagles would pound the ball on the ground for myriad reasons: it was second-string quarterback Mark Sanchez’s first start in two years; the Eagles offensive line was almost intact for the first time all season; the Panthers run defense was weak; and all three Eagles running backs had been effective of late.

Of course, the Eagles did not run often and were ineffective when they did. But by keying on the run, the Panthers dared the Eagles to beat them with the passing game—which they did, over and over again.

Sanchez had a career day, throwing for 300 yards and two touchdowns, but his most important offensive contribution was in helping the team avoid turnovers in its cleanest game of the year. The Eagles offense scored four touchdowns: two on the ground, from Shady McCoy and Darren Sproles, who also scored on another electrifying punt return, and two from Sanchez to emerging rookie wideout, Jordan Matthews.

Its special teams and defense added their eighth and ninth touchdowns of the season. The next-closest team in the NFL has four.

After a slow start, the Eagles defense is now second in the NFL in sacks, led by a suddenly-ferocious pass rush that is helping to camouflage its secondary, the weakest unit on the team. Philadelphia’s dearth of takeaways was remedied in a bonanza on Sunday: two of the Panthers’ first three plays resulted in turnovers, which the Eagles converted into 10 early points, and the unit accumulated three interceptions and a pair of fumble recoveries.

Although the defense was the key, Monday’s victory was truly a team win. Team wins are becoming the hallmark of this squad; however, if the Eagles hope to keep winning through their upcoming gantlet of a schedule, they need to get the running game on track.

Another team that is defining itself is the Eagles’ Week 10 opponent, the Green Bay Packers. They are defined, first and last, by Aaron Rodgers, the best quarterback in the NFL.

Green Bay wide receivers Jordy Nelson and Randall Cobb are excellent, but Rodgers could succeed throwing the ball to just about anybody. He has all the qualities an NFL quarterback needs:  smarts, a rocket arm, calm in the pocket, and an unmatched, precision accuracy.

The Packers defense is average and its running game has been suspect, as last year’s rookie sensation, Eddie Lacy, has been underwhelming. However, Green Bay may be the NFL’s hottest team, and the Packers are coming off a game against the rival Chicago Bears in which Rodgers threw six first-half touchdown passes on the way to the second-largest halftime lead—42-0—in NFL history.

The Eagles find themselves in the rare position of being underdogs. They beat the Packers in Green Bay last year, but that was when Rodgers was sidelined with a broken collarbone—the same injury that has benched Foles.

Sunday’s game presents a much taller task. The Eagles are underdogs for a reason, but this team doesn’t have to concede any game in any location. The season’s reckoning is drawing near, and it begins at a frigid Lambeau Field with a clash of two conference-defining teams.