Trending
You are at:Home»Opinion»Birds Blog»Birds Blog: Eagles Downed by Flock of Seahawks

After a big win in Dallas, the Philadelphia Eagles ran into a Seattle team that is rounding into postseason form. 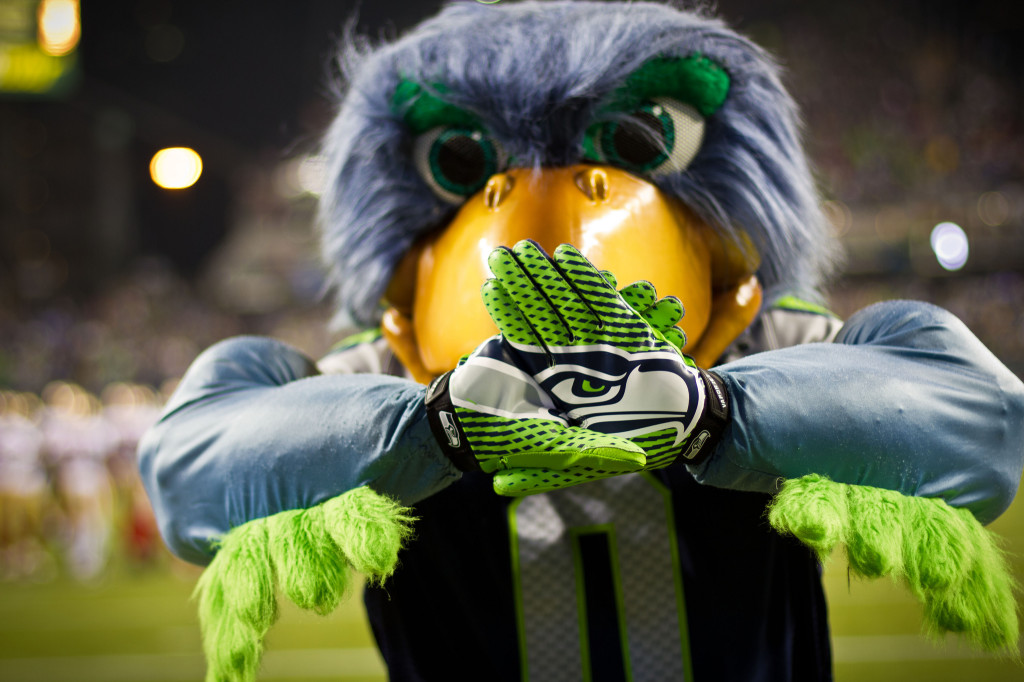 The Seahawks are well on their way to a top NFC playoff seed Credit: Philip Robertson: https://goo.gl/Y4niMI.

In dismantling their host Eagles on Sunday, the Seattle Seahawks not only ended Philadelphia’s ten-game home winning streak, but demonstrated conclusively that they have fully regained their Super Bowl-winning form.

The final score of the 24-14 contest is misleading; the yardage differences—440 for Seattle to 139 for Philadelphia—more accurately demonstrate how much of a blowout the game was.

A week after romping over the Cowboys in Dallas, the Eagles had the tables turned on them in their own home by a superior opponent.

Whether the issue was a lack of preparation or an insufficiency of talent, the game proved a lopsided matchup.

Just about every Eagles unit struggled against the Seahawks, with the special teams and defensive front seven the only notable exceptions.

Thanks to a coverage unit that tackled Seahawks punter Jon Ryan deep in his own territory after a mishandled snap, the Eagles opened up up a 7-0 lead with Jeremy Maclin’s tenth touchdown catch of the year.

After that, however, Philadelphia couldn’t sustain anything on offense—due, in large part, to their inability to convert third downs, on which they were a piteous two of 11. They possessed the ball for only 18 minutes, and ran only 45 plays to the Seahawks 85. Their battle-weary defenders scarcely had time to catch their breath before having to go back out onto the field.

The Eagles were unable to run the ball, and quarterback Mark Sanchez was erratic all day. Sanchez has shown an ability to succeed against second-rate defenses when his main responsibility is to convert a couple of third downs per game and to protect the football. To expect anything more than that of him is to be disappointed: Sanchez did not even reach 100 yards passing on the day.

The Eagles put up a more valiant effort on defense. Spearheaded by Fletcher Cox’s 11 tackles, the roster of defensive linemen and linebackers battled all day long against the Seattle running game, and held running back Marshawn Lynch in check for much of the game.

An elusive and dangerous running threat in his own right, Seahawks quarterback Russell Wilson generally throws only as much as he has to in order to keep defenses honest. Although the Eagles put the Seahawks into third-and-long situations repeatedly, Wilson was able to find his normally nondescript pass-catchers for first downs just as often. The Eagles secondary is the weakest part of the team and needs an upgrade as soon as possible.

Philadelphia failed to meet the measuring stick posed by the defending champs, yet the team is still on track for incremental progress this year. At the beginning of the season, most Eagles fans would have been pleased if the team had defended its NFC East crown, made the playoffs, and won a first-round playoff game. They are still on track to do that.

The current standings make it unlikely that a wild card team will emerge from the NFC East, although there are still three more weeks of football to be played. The Cowboys will get their rematch again this Sunday, and it could go a long way to determining which of them will win the division, and thus, a playoff spot, even with two more weeks of heads-up rivalries to settle.

Because the Eagles won their first meeting just 10 days ago, they hold the hammer. If the Eagles were to lose to the Cowboys but win their final two contests—against the New York Giants and Washington Redskins—Dallas would also have to drop one of its remaining two games (against the Colts and Redskins) for the Eagles to take the division.

Those last two games will be tough for the Cowboys to win, but no team wants to back into the playoffs. If the Eagles want to control their destiny, they must handle their business. Coming off a disheartening loss at home, there is no better way for the Eagles to reinvigorate their fans than to treat them to another beatdown of the hated Cowboys—this time in person.

A win would give the Eagles momentum heading into their last two games, and the incentive of hosting a home playoff game as their reward to run the table. Chip Kelly must regroup his team to replicate their Thanksgiving Day effort and kick off another winning streak.