If the team takes care of business against the Redskins and Giants, Eagles fans thirsty for a playoff berth are left to cross their fingers and hope. 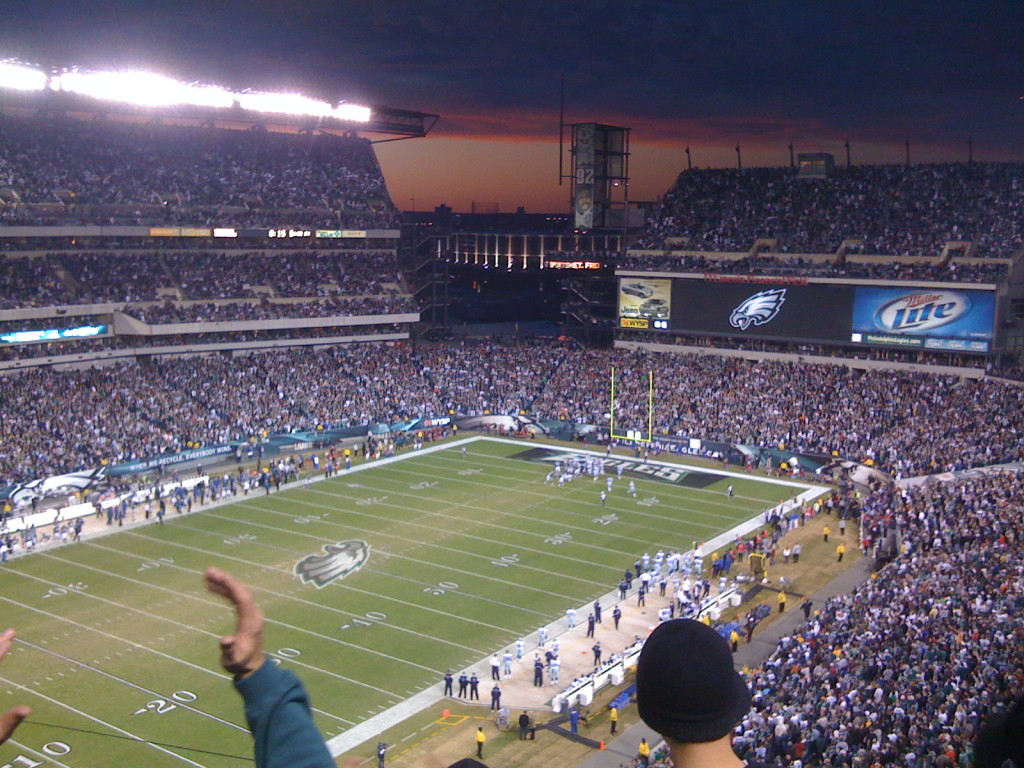 Great teams are not great all the time, but they are great when they need to be.

The Eagles did not need to be great Sunday night against the visiting Cowboys, but they needed to be good.

Thus, they are not a great team (which we already kind of suspected).

The Eagles are a good team playing with a backup quarterback, and it showed in a 38-27 loss to the Cowboys Sunday night, their second consecutive defeat at Lincoln Financial Field, where they had won 10 in a row.

Although Mark Sanchez was not the main culprit in the loss, the quarterback often gets the lion’s share of the credit or the blame, whatever the outcome. Sanchez continued his inept and erratic play, throwing two crucial second-half interceptions. His inaccuracy again kept the Eagles from sustaining drives, a critical feature of an up-tempo offense.

For the second week in a row, the Eagles failed to possess the ball for even twenty minutes. Their defense was repeatedly asked to retake the field on little rest, and their fatigue showed.

The front seven again battled like warriors, sacking Dallas quarterback Tony Romo three times and limiting NFL-leading rusher Demarco Murray to just 2.6 yards per carry. In 14 games, Murray has been stopped short of the century mark just three times; twice at the hands of the Eagles.

As good as the guys up front were, the secondary, again, was putrid. Bradley Fletcher was burned for three touchdowns by Dez Bryant. Loudmouth Cary Williams again proved his bark is worse than his bite as he drew three penalties, including a 40-yard pass interference call on a drive that ended in a Cowboys touchdown.

When the vaunted Eagles special teams unit made a rare mistake, it was costly. Failing to cover the opening kickoff—something that may never have happened before in the NFL—poured cold water on a fired-up crowd and led to a quick Dallas touchdown.

The quick-strike score put a damper on the game as a whole, and the Eagles were out of synch thereafter, as Dallas quickly built up a 21-0 lead.

It seemed the Eagles and their fans were in for a long night, but the team showed strong character, scoring 24 straight points and taking a brief lead. The crowd was frenzied as the Eagles tightened their grip on a game that could have virtually cemented a second straight NFC East Championship and a home playoff berth.

But then Dez Bryant torched Bradley Fletcher for the go-ahead score, and the Cowboys never looked back. The abuse continued unmitigated, as whether by poor coaching or poor execution, he received no safety help against the Cowboys’ top receiving threat.

The Eagles added to their woes by committing four turnovers on the night, bringing their league-leading count to 34. No team can overcome such sloppiness, but disaster caught up to the Birds when they could least afford it.

The question becomes: where are the Eagles now? A bone scan on Monday revealed that starting quarterback Nick Foles is still not ready to suit up, and thus the Eagles are obliged to roll with Sanchez for at least another week.

Sanchez has proven he is incapable of winning against good teams. Fortunately, the Eagles do not play a good team Sunday. They play the Washington Redskins; however, late-season divisional road games are never easy regardless of the circumstances.

The Eagles will be heavy favorites for the rare Saturday game in Washington. The problem is that even if they take care of their own business, they have already lost control of their own playoff destiny.

The Eagles have two remaining hopes, and both are contingent upon winning their last two games. If Detroit loses their final two contests, of if Dallas loses one of their remaining two games, the Eagles are in.

Cowboys running back Demarco Murray will undergo surgery to repair a broken left hand. He has not been ruled out for the team’s upcoming contest against the Indianapolis Colts, but he seems highly unlikely to play. Similar injuries to other players have caused them to miss time.

The Cowboys are 7-0 on the road, but only 3-4 at home this season, where they will host the 10-4 Colts. In addition to overcoming their home-field disadvantage, the Cowboys are battling the specter of their historic late-season collapses under Tony Romo. If Murray is out, the weight of carrying the offense will once again fall on Romo’s frail shoulders.

For Eagles fans, the team virtually plays two games this week: first the team must handle its affairs in the nation’s capital on Saturday, and then clutch its lucky horseshoes on Sunday.