Trending
You are at:Home»Opinion»Birds Blog»Birds Blog: Eagles Lose Heartbreaker in the Desert

Defensive penalties and offensive turnovers cemented a loss for the pass-heavy Eagles, who opened the door for the Dallas Cowboys to take the divisional lead Monday night. 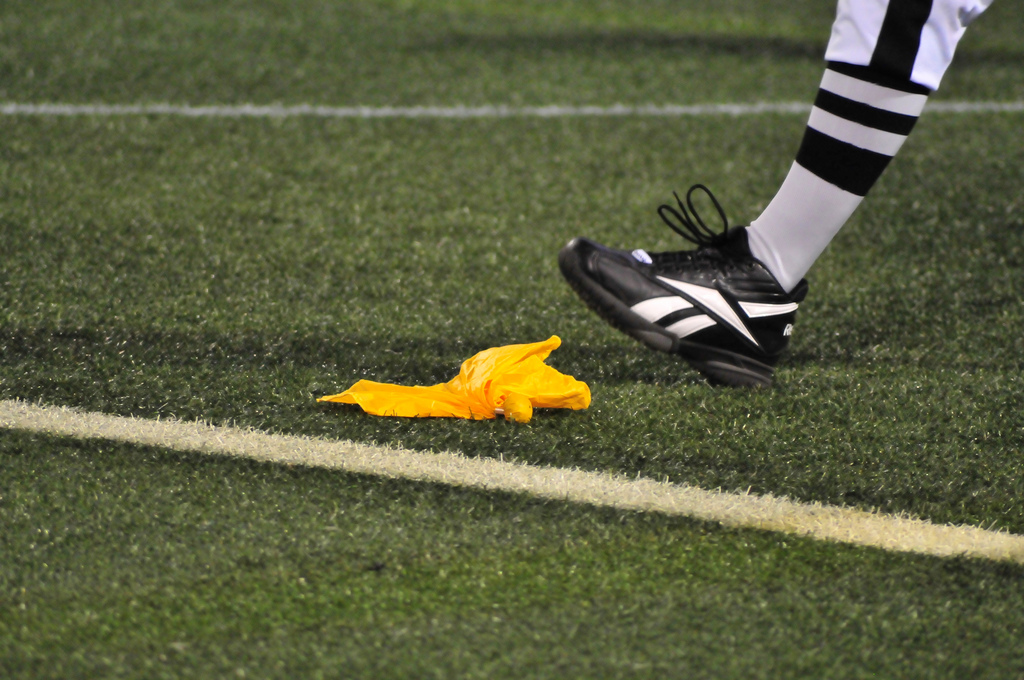 The Arizona Cardinals and the Philadelphia Eagles collided on Sunday in a match-up between two of the four remaining one-loss teams in the league.

The result was a hard-fought game between two good and determined teams. It was also marred by a ridiculous number of unnecessary and unwarranted penalty calls.

In the end, it was the Cardinals who survived the flag-fest, besting the visiting Eagles 24-20.

The Eagles outplayed their hosts, but shot themselves in the foot by committing too many turnovers. Coming into the game, the Eagles were dead last in the NFL in Red Zone efficiency—and they got worse Sunday.

Rookie Josh Huff fumbled away one Red Zone possession, while Nick Foles committed a cardinal sin by throwing an end-zone interception, the first of his two picks on the day.

Foles’ propensity for turning the ball over has become a problem. Against good teams, especially on the road, the Eagles are going to be hard-pressed to win games when they are consistently losing the turnover battle.

The Eagles’ third Red Zone possession, however, was the killer. It came in the fourth quarter with game knotted at 17. The Eagles ran a textbook drive, and were threatening to punch it in when things went awry. On a second-down handoff, Chris Polk seemed to be stopped just shy of the goal line.

Replays showed that Polk definitely got the first down and probably broke the plane of the goal line to score a go-ahead touchdown. In a recurring theme, the officials blew it, and marked the ball short of the first down.

In another recurring theme, Chip Kelly again displayed his ineptitude regarding the challenge flag. It’s such an area of weakness in his game that this September the Eagles hired former ACC senior replay official Frank Kosman to advise Kelly on when to throw the red flag. Even with Kosman’s input, it is still Kelly’s responsibility to get it right. He didn’t on Sunday, and it may very well have cost the Eagles an important game.

After they failed to challenge the play, Lesean McCoy was stopped at the line of scrimmage on the next play. Kelly then elected to kick a field goal with just under two minutes remaining to take a 20-17 lead.

There was merit to the decision, but with the ball was on the one-yard line, the wiser course of action would have been to try to score the touchdown. Even if the Eagles had failed, the Cardinals would have been backed up on their own 1.

After taking the lead and kicking off, Eagles defensive backs Nate Allen and Cary Williams somehow allowed rookie John Brown to get behind them for a 75-yard touchdown catch with 1:22 left to give the Cardinals a 24-20 lead.

The Eagles mounted a valiant-albeit-unsuccessful last-minute drive. The officials managed to needlessly stop the flow of the game again by calling, then rescinding, a personal foul penalty for what replays clearly showed was a horse-collar tackle.

The Eagles got as close as the Cardinal 16-yard line, but Jordan Matthews couldn’t reel in a somewhat errant pass from Nick Foles and remain inbounds in the end zone as time expired.

This was a bitter loss because the Eagles outplayed the Cardinals. They bested them in first downs, 27-17, and outgained them in yardage 521-400. Had they managed more than three points in three Red Zone possessions, they likely would have won the game.

All of those statistics are rendered almost meaningless when a team loses the turnover battle as the Eagles did again on Sunday. The Eagles defense has intercepted just three balls in seven games, while Nick Foles has thrown nine picks. That is not a winning formula against good teams.

Foles does not fully trust the substitute offensive linemen, and thus has developed a troubling habit of back-pedaling and throwing off his back foot, which leads to interceptions. Kelly did a horrible job of maintaining offensive balance in his play calling, which resulted in Foles throwing a record (and ridiculous) 62 passes.

The running game was serviceable, but no more. It did gain more yardage against the Cardinals’ number one-ranked rushing defense than any other opponent had this year. McCoy was fair in terms of production, gaining 83 yards on 21 carries, but the Eagles definitely missed the spark the injured Darren Sproles has provided this season.

Jeremy Maclin’s career day has to be noted: he caught 12 passes for 187 yards and two touchdowns, survived a brutal sandwich collision from two Arizona defenders that pulled him from the game for evaluation, fielded two short-hop punts, and blew through a Gatorade display on the Cardinals bench.

Foles threw for 411 yards and two touchdowns, but the two interceptions were critical mistakes.

Next week, the Eagles face another long road trip: this time, to Houston to take on the 4-4 Texans. The Eagles are the better team. They will be favored to win, and they had better do so if they want to keep pace in their division.