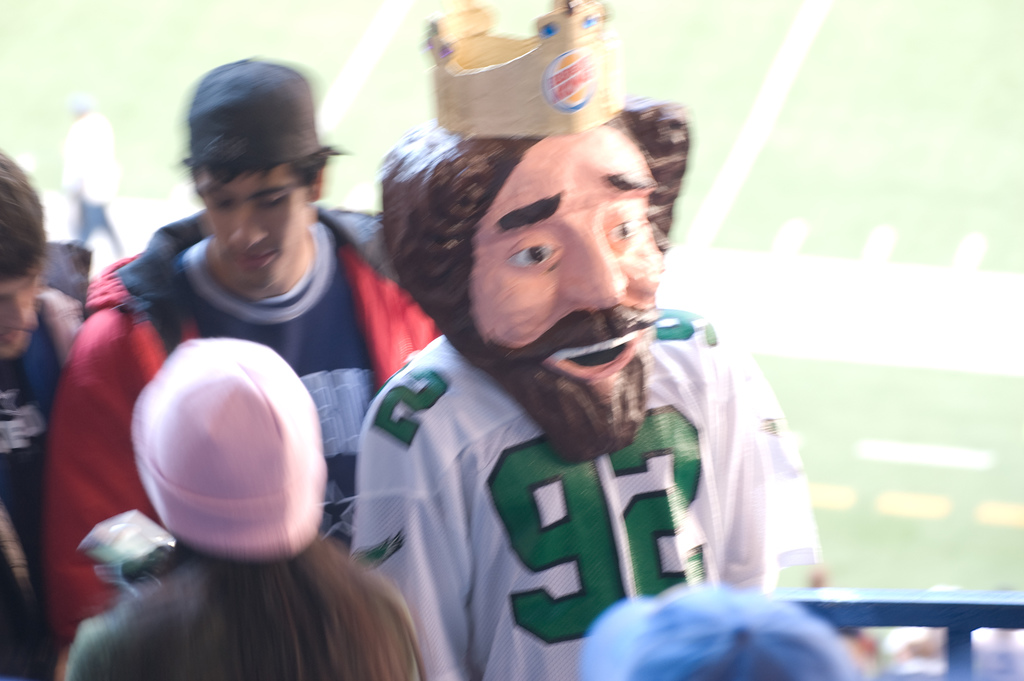 For football fans whose teams play on Thanksgiving, their holiday experience is typically dictated by the results of the games.

In the greater Philadelphia area, the turkey was tender, the mashed potatoes were sumptuous and the gravy was just right.

In Dallas, dinner probably tasted like so many cow pies.

A majority of pundits picked the Dallas Cowboys to beat the Philadelphia Eagles in their Thanksgiving Day showdown.

Judging from the opinion of these “experts,” the Eagles might have been well off not showing up.

In truth, it was the Cowboys who failed to appear, as the Eagles dismantled their divisional foes in their own house, 33-10. Eagles fans could not have written a more enjoyable script that what actually occurred on the field, as their team blew the Cowboys off the scoreboard and physically dominated them in doing so.

Before the game, there was much bluster about the Cowboys offensive line and their vaunted running attack, spearheaded by NFL-leading rusher Demarco Murray. Dallas supporters believed that ground game would help the team stave off its characteristic, late-season swoon instead of relying on an air attack led by mistake-prone quarterback Tony Romo.

But the Eagles’ underrated defensive front outmuscled the Dallas offensive line, holding Murray to a season-low 73 yards and the entire Dallas running game to 93 on the day. Reverting to form, Romo turned the ball over twice and didn’t throw a single touchdown.

More demoralizing for Dallas fans, the short week left Romo, who has two fractures in his back, even more brittle than usual. After witnessing his play on Thanksgiving, it is questionable whether he is even healthy enough to play again this year. Sacked four times on the day, Romo eventually gave up the chance to scramble; by the end, he was seen simply sitting down in the pocket to avoid taking a hit from the high-pressure Eagles defense.

His counterpart, Mark Sanchez, played a very efficient game for Philadelphia, especially early on. Even throwing only 29 times, Sanchez ran the Eagles offense like a well-oiled machine. With the offensive line truly back at full strength, Lesean McCoy looked like his old self, sealing the game with a 38-yard, third-quarter touchdown run. All told, the Eagles brutalized the Cowboys for 256 yards on the ground.

Jeremy Maclin continued to build on his career year, catching eight passes for more than 100 yards on a day in which he and McCoy both crossed the 1,000-yard marks on the season. Jordan Matthews added his seventh touchdown catch of his rookie season.

Other than their continued struggles in the Red Zone, where the Eagles were only successful in one of five trips, it was pretty much a perfect outcome for the team, as all phases of its game clicked, and the Birds seized control of the NFC East. There was nothing sweeter for Eagles fans, however, than seeing always-smug Cowboys owner Jerry Jones with a constipated look on his face, watching along with the rest of the nation as his overhyped pretenders were whipped in their own stadium.

Yet nothing was really decided for good on Thursday, since the Cowboys will return to Philadelphia in two weeks with a chance for revenge. The Eagles have a better division record at this point, so even if they drop the second matchup, Gang Green still looks likely to win their division.

Before then, however, the Eagles face a challenging and important home game against the defending Super Bowl champion Seattle Seahawks. After some early-season struggles, the Seahawks have rallied to an 8-4 record, allowing just six points in their last two games combined.

This is a classic late-season NFL matchup between teams vying for playoff seeding. The Eagles’ prolific offense will be tested against the Seahawks’ stalwart defense, as will the improving Eagles’ defense, which faces an intriguing matchup against running back Marshawn Lynch and mobile quarterback Russell Wilson.

With Chip Kelly at the helm, the Eagles have been adept at handling their business. Since rectifying his biggest mistake—naming Michael Vick his starter at the beginning of 2013—the Eagles have gone 16-4. Although Sanchez played well on Thursday, Nick Foles seems like the best quarterback on this roster. Whether it makes sense to reinsert Foles into the lineup when healthy seems dependent on how Sanchez plays until then.

Games like this one and the one just passed are what the NFL is all about. With a new regime in place, the real intrigue lies in discovering just how far Kelly has brought his team so quickly. There is no better test than the defending Super Bowl Champions. They have passed most tests so far, and hope abounds, springboarding off their romp over the Cowboys. Tune in for a Week 14 game that will show if the Eagles can pass this latest test and defend their home turf for an eleventh straight game.