Early success raised expectations beyond what they probably should be for this Eagles team. 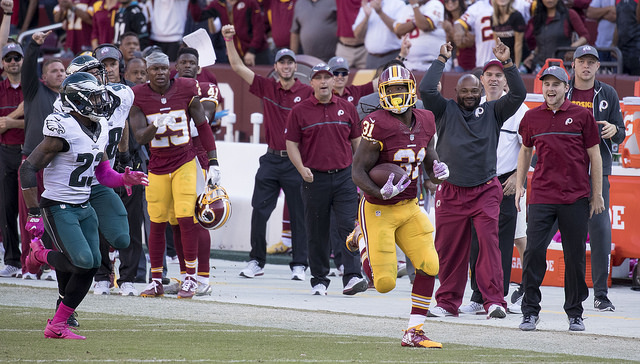 At the outset of the season, no one would have predicted the Philadelphia Eagles to be a playoff contender.

They are led by a rookie head coach who has never held a head coaching job beyond the high-school level.

They are starting a rookie quarterback who got the job a week before the season began.

They have a flawed roster that was undercut by years of questionable personnel moves under former head coach Chip Kelly.

Fans’ perspectives were skewed by a quick start that included a dominant blowout of their cross-state rival Pittsburgh Steelers and decisive victories over the winless Cleveland Browns and the struggling Chicago Bears.
Those games were a lot of fun, especially the Steelers game. The Eagles showed a lot of great things in those games and deserved all the praise they generated.

Doug Pederson seems much more in command than anyone expected, overcoming any anticipated weakness that he might lack the requisite temperament of an NFL head coach. Not only is he handling in-game responsibilities with aplomb, but the game plans he crafted to maximize the team’s talent (or mask its shortcomings) have been solid. They were also well-executed by a Carson-Wentz-led offense; observers have marveled at the rookie’s poise, and rightfully so.

Jim Schwartz was also as good as advertised, coordinating a defense that was creating turnovers, sacking opposing quarterbacks, and allowing very few points. But the squad lost momentum after an early bye week, playing loose for the first half of a road match-up against the Detroit Lions, and turning in a penalty-plagued, generally subpar performance against the Redskins in Washington, D.C., where the officials flagged the Eagles 13 times for 114 yards and five Washington first downs. These self-inflicted wounds were too much to overcome. Had Philadelphia not scored touchdowns on Malcolm Jenkins’ pick-six and Wendell Smallwood’s kickoff return, they would have been blown out. 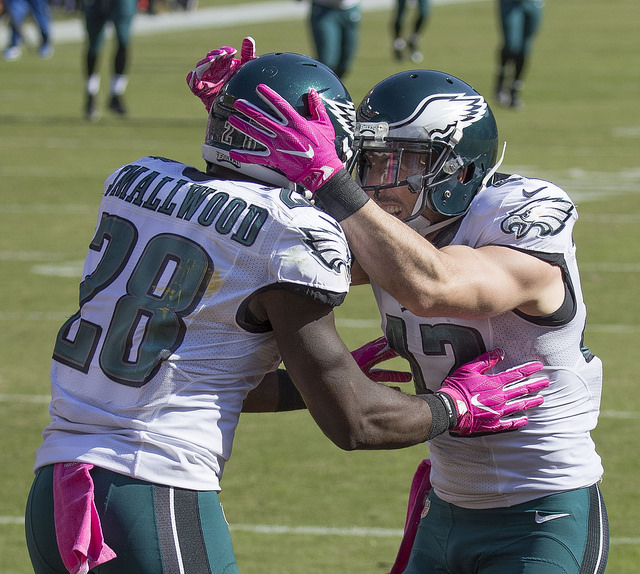 In his first NFL game, rookie Halapoulivaati “Big V” Vaitai was not up to the task. He was repeatedly bull-rushed by All-Pro linebacker Ryan Kerrigan, as the Redskins sacked Wentz five times in the game.

Between the sacks and the penalties, the offense could not sustain many drives.

On defense, the Eagles again allowed a pair of early touchdowns to dig an early 14-0 hole.

The Redskins had been a below-average rushing team this season, but were nearly unstoppable Sunday, piling up 230 combined rushing yards to the Eagles’ 94. Washington more than doubled Philadelphia in total offensive output, 493 to 239 yards, and in first downs, 26 to 12.

Wentz, under duress all day, finally looked like a rookie. He took two sacks on the Eagles’ final drive, including on what became the team’s final offensive play. Pederson ordered a punt, and despite knowing a running play was coming on third-and-seven, the defense was gashed for another long gain, sealing the Redskins’ 27-20 win.

Things do not get any easier as the Eagles next face the undefeated Minnesota Vikings in Week 7. The Vikings are coming off their bye and so should be well-rested. Philadelphia is in the midst of a difficult stretch: four of the next five games are on the road, and three are against divisional opponents.

When it’s over, the Eagles will have played all their divisional road games before hosting New York, Dallas, or Washington. They have the most difficult remaining schedule of any team in the NFL, and as those dates loom on the calendar, it seems fans are seeing the team a little more clearly.

Despite its early success, this team was never built for the playoffs in this season, but for establishing a measuring stick for the pro careers of Wentz and Pederson in their respective roles, and for evaluating a defense improved by a better coordinator and presumably more rest in an offensive system that wasn’t based on the no-huddle.

The Eagles have only had a single offseason to try to clean up Chip Kelly’s mess. In his wake, the team is without a workhorse running back and a premiere deep threat, never developed a reliable secondary, and remains thin at linebacker and along the offensive line.

There is room for optimism going forward. Despite growing pains, Wentz looks like the real deal, and Pederson is showing an ability to command the squad. The defense has shown good and bad, and one has to hope Schwartz can get more good than bad out of them the rest of the season.

With the curse of Kelly not yet washed away, the franchise simply needs time to catch up.