After the Chip Kelly era was proven to be an unmitigated disaster, the Eagles will foist their hopes upon a rookie head-coach-and-quarterback combination amid a massive roster overhaul. 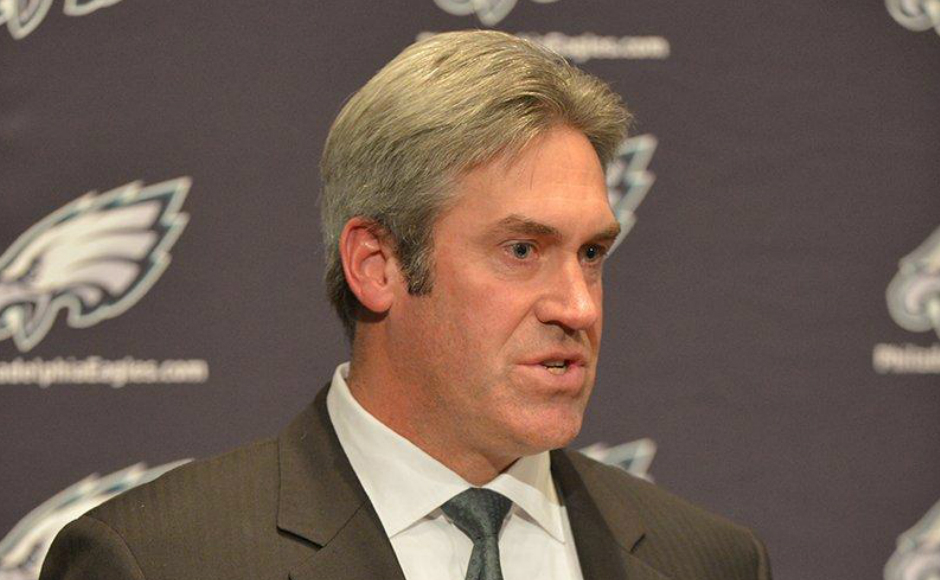 To say a lot has changed for the Philadelphia Eagles since the end of the 2015 season would be an understatement.

Actually, the changes started a week prior to the end of the season when Jeffrey Lurie finally had enough of Chip Kelly’s downward-spiraling incompetence and fired him.

Perhaps never before in Philadelphia sports has one man crashed and burned as quickly and as spectacularly as Kelly did. The startling pace at which his charlatan’s mirage unraveled was unprecedented. His “revolutionary” offense turned the NFL on its ear…until the league caught up less than two seasons into it. Then, Kelly’s utter inability to adapt made it clear to any impartial observer that he was woefully overmatched.

Kelly’s inability to interact normally with other adult males, namely his players, also hastened his departure. The nail in his coffin was his insistence on controlling personnel. That a college coach with two mediocre seasons of NFL experience would insist on being the General Manager speaks to his hubris. That he later denied he was actually the GM speaks to his character, or lack thereof: the day following that charade, he was rightfully fired. 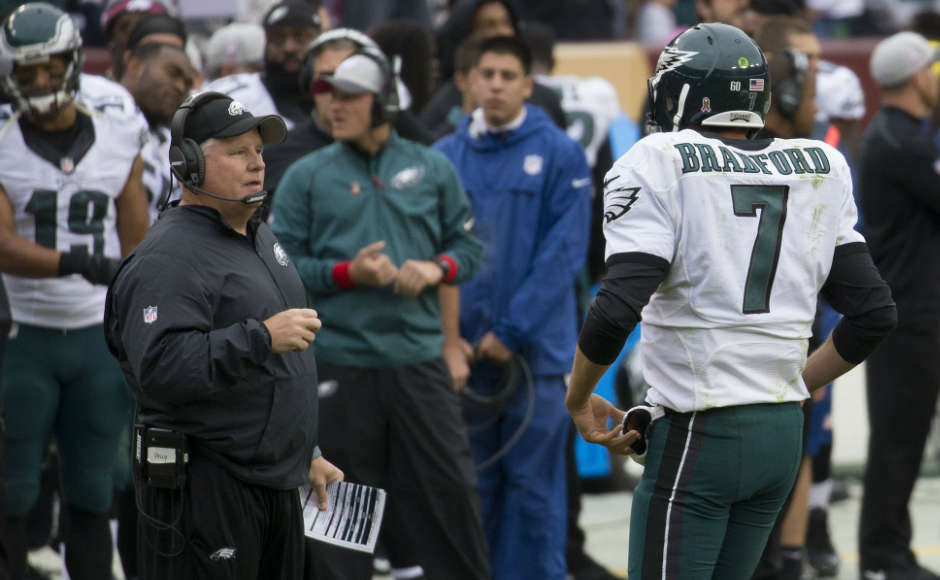 With the Kelly era thankfully at an end, it was time for a new one to begin. To the chagrin of many, Howie Roseman rose from the ashes of his Kelly-fueled banishment to resume his GM duties.

Roseman rubs many fans the wrong way. Because he did not ascend to the GM position via normal avenues, some will always view him with skepticism.

Now that he actually has a chance to be the GM with no interference, his true ability will be clear. While Roseman has a proven track record as a deal-maker, his adeptness at player evaluation, especially of potential draft picks, still remains to be seen.

Roseman was a key player in the coaching search that followed Kelly’s departure. That search seemed disjointed and limited, and that the Eagles settled for Doug Pederson only supports that view. An Andy Reid disciple, Pederson was not considered by any of the other eight teams seeking a head coach in the 2015/16 offseason. Although Reid was the most successful coach in Eagles history, trying to recreate the Reid Era without the man himself seems foolhardy.

Pederson may turn out to be a great head coach. There is no evidence of that, but the fan base has to give him a chance, if only because he is indeed their present head coach. With the coach hunt over, the team made a decisive choice that it needed a true Quarterback of the Future, and Roseman again sought to clean up the wreckage of Kelly’s innumerable personnel blunders.

He made a series of moves to get all the way up to the 2nd overall pick. The Eagles targeted North Dakota State QB, Carson Wentz, who possesses all the measurables one looks for in an NFL quarterback; however, his penchant for nagging injuries and the level at which he played college football were causes for concern.

The Eagles also spent a king’s ransom to sign backup QB Chase Daniel while retaining incumbent starter Sam Bradford, creating a logjam on the depth chart and tying up a lot of salary cap in one position.

By signing Bradford, the Eagles were trying to stay competitive and rebuild at the same time. It seemed a foolish path to take: the team has no offensive weapons, thanks to Kelly giving them all away for literally nothing in return. The disjointed approach robbed many fans of their typical pre-season passion. Thankfully, Roseman was able to identify a desperate team in the Minnesota Vikings, whose starter Teddy Bridgewater sustained a season-ending knee injury, and flipped Bradford for a first-round pick and a conditional fourth.

Not only did Roseman rebuild the Eagles’ 2017 draft in a single move, but the trade rejuvenated the fanbase. Instead of watching Bradford, an injury-prone player who has never lead a team to even eight wins in a season, try to win a weak NFC East, the fans instead get to see the future now.

There is no guarantee Wentz is ready to take over the position. He already missed the preseason with a rib injury. Nor is there any guarantee that Wentz will ever be a frontline NFL quarterback, but the Eagles paid a price believing that he can be, and there is only one way to find out.

Wentz has a difficult road ahead of him. The Eagles receivers are perhaps the worst in the NFL. Running back Ryan Matthews is talented, but as durable as a china doll, and his backups, Kenjon Barner and Wendell Smallwood, are unproven. Darren Sproles is a mismatch-generator, but hardly an every-down back.

The offensive line could be steady, but Lane Johnson faces a suspension for ingesting banned workout substances. Wentz will have to rely heavily on his tight ends and slot receiver, Jordan Matthews, the elder statesman of the group at 24 that includes Kelly holdovers Nelson Agholor and Josh Huff and the enigmatic Dorial Green-Beckham, who had fallen out of favor at Tennessee. Fortunately, Wentz has former NFL quarterbacks in Pederson and offensive coordinator Frank Reich to help him get acclimated quickly to the task.

Jim Schwartz is the new Eagles defensive coordinator, and many fans have high hopes for what he might bring to the unit. Schwartz has been a very successful defensive coach in the NFL, most recently, for the Buffalo Bills. His aggressive, attacking style promises to be a welcome change from Billy Davis’ unfocused scheme of the last three seasons. One of the biggest ways the defense can improve is reducing the ridiculous time of possession gaps that marked Kelly’s tenure. At times, Davis’ defense was on the field close to 40 minutes a game. 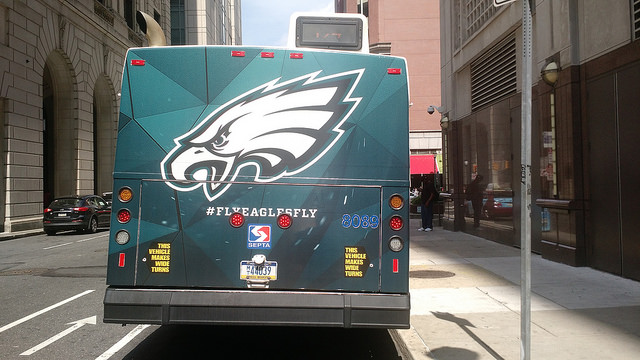 Roseman signed some key free agents on the defensive side of the ball, most notably, hard-hitting safety Rodney McLeod. The second safety position has been a weak spot ever since the great Brian Dawkins last held it down in 2008.

Schwartz is bringing back the 4-3, which suits holdovers like newly-signed superstar Fletcher Cox.

The Eagles also paid big money to retain Vinny Curry, who will be a starter for the first time in his career, forcing Brandon Graham, to whom Kelly gave a lucrative extension, back into a reserve role.

There are a number of other changes, but this year is about two things: the progression of Carson Wentz and the purging of any leftover remnants of Chip Kelly’s regime. Ironically, Kelly’s main objective was creating a strong culture, but he actually alienated his players to such a degree they seemed just short of an outright revolt. They simply quit in some games, which is inexcusable no matter who the coach is.

In Kelly’s wake, the dearth of any locker-room chemistry and top-tier talent forced Roseman to make over the roster dramatically, which will undoubtedly bring greater scrutiny to his own performance going forward. Roseman has proven that he can make prescient deals, but of paramount importance is judging his ability to acquire talent. It will take a more than one offseason to clean up Kelly’s mess, and whether Roseman is the man to do it remains to be seen.

The season opens at home against the Cleveland Browns on September 11. The Eagles are not likely to be a playoff contender. The only salve for that wound is a young quarterback whose longer-term audition with the Philadelphia fans begins now.