The Camden County Prosecutor’s Office says the incident is not believed to be criminal, but the investigation is ongoing. 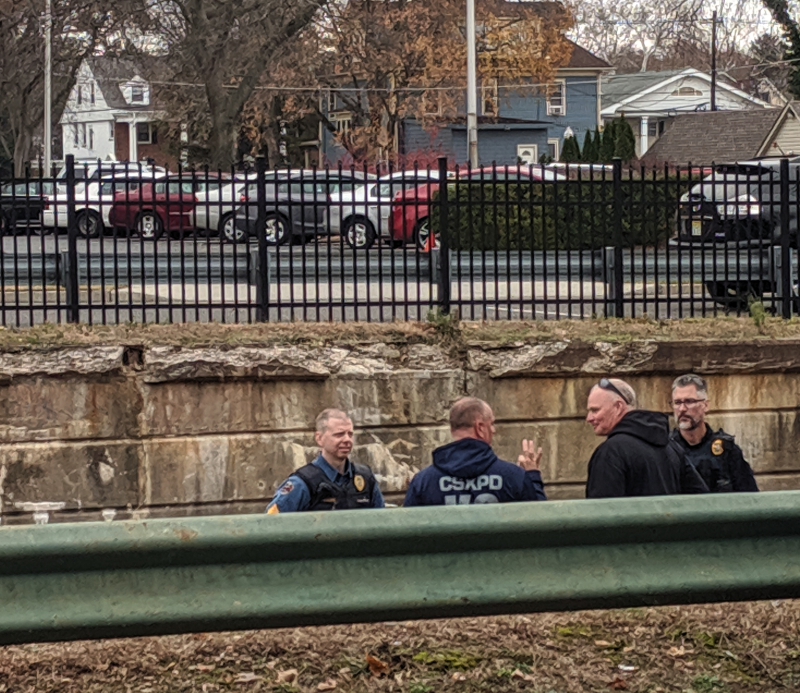 The victim of a fatal accident on the Conrail tracks in Haddon Heights has been identified as a 68-year-old borough resident.

The Camden County Prosecutor’s Office (CCPO) said the incident doesn’t appear to be criminal, but that the investigation is ongoing.

More information was not immediately available, but the CCPO noted that the man “appeared to have been struck by a train.”

Scardino said the victim’s identity hasn’t been released yet pending notification of his next of kin.

Both sides of Atlantic Avenue were taped off midday Wednesday, with first responders on the scene examining what appeared to be a sheet-covered body on the tracks some 40 yards off the Station Avenue intersection.

Haddon Heights Fire Chief Michael Kinky was first on the scene and confirmed having been dispatched to investigate a report of an unconscious person on the tracks at 12:39 p.m.

Sources familiar with the local schedule indicated that a freight train runs through the area daily at 12:30 p.m., heading eastbound from the Camden railyard.

A call to Conrail media relations was not immediately returned.

The last fatal victim of a train-related incident in Haddon Heights happened in 2011, when borough resident Christopher Benner was killed after his car was struck at the Station Avenue crossing, according to the Philadelphia Inquirer.