Trending
You are at:Home»Schools»Collingswood»BREAKING: Prosecutor to Collingswood Parents: ‘I Never Issued a New Directive’

Camden County Prosecutor Mary Eva Colallilo said she didn’t have the authority to order a change in the local school discipline policy. Superintendent Scott Oswald and Mayor Jim Maley are baffled the news.

The day before representatives from the Collingswood police, government, and school district were set to meet with the Camden County Prosecutor’s Office (CCPO) to sift through the boundaries of school discipline issues and when to notify law enforcement, a public letter from Prosecutor Mary Eva Colallilo has muddied the waters around the entire series of events.

Writing to the parents of children in the school district, Colallilo said her office was invited to a meeting on May 25 by the district counsel “to follow up on a previous training educating schools when they must notify police of crimes.

“I sent two assistant prosecutors and a detective to this meeting,” Colallilo wrote, adding that media reports in which “a school official said an assistant prosecutor from my office threatened him” misinterpreted his “merely instructing them on the law.”

Colallilo also wrote that she “never issued a new directive” that police were to be notified for all school discipline issues, and that the district was not to investigate without their oversight.

“My office has no jurisdiction over the schools and cannot change the MoA (Memorandum of Agreement) without the consent of all those who signed the agreement,” she wrote.

“I will use the upcoming meeting to explain thoroughly to school officials that I did not and cannot order them to change statewide reporting procedures under the MoA,” Colallilo wrote. “And I will also reaffirm with the Collingswood Police Chief [Kevin Carey] that any directive from me is always in writing and addressed to all police chiefs.”

Collingswood Superintendent Scott Oswald was baffled at the letter.

“This is totally shocking to me,” he said. “I thought we were getting together with this meeting to move ahead, and this comes out today. I’m losing faith in the system.”

Oswald disputed the notion that Colallilo convened the meeting at the request of the school district attorney, adding that the school counsel had to send alternate representatives because he was unable to attend at the time scheduled.

“If I’m requesting a meeting, wouldn’t I be setting it up?” he said.

Oswald also said that the CCPO never notified him or the district as to what prompted the shift in policy, and that the piecemeal information that has been communicated through the press has left school officials guessing as to the motivation behind the change in directive.

“All of this gets avoided if you just call me and tell me what we handled differently,” he said. “If someone at the prosecutor’s office overstepped their bounds, then just say that, and move on. People make mistakes, and they’ve got to own them. I don’t know what this is. If we did something wrong, tell us what it is, we will fix it, and we will move forward.” 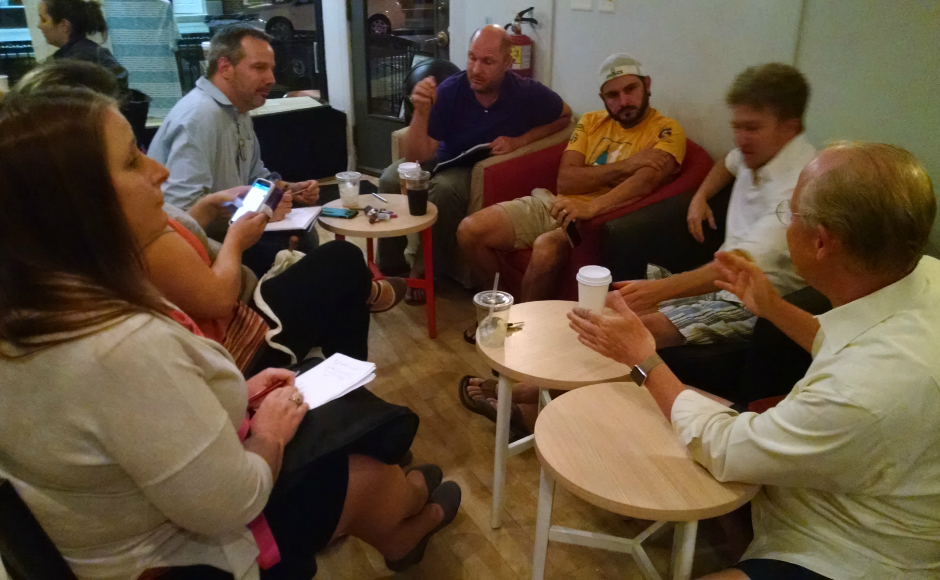 ‘We didn’t screw up what we heard, we screwed up in following it’

Collingswood Mayor Jim Maley described the letter as “really unfortunate,” and like Oswald, was confused at its timing.

“The parties were getting together tomorrow, going to have a discussion that would bring clarity for all of this, and take a look at who could have done things differently to make it better,” Maley said. “This is an attempt to say that everybody else is at fault.

“It’s beyond me,” he said. “I don’t know why on the afternoon of the Fourth of July it had to get released. This is not the way we should be acting.”

Maley said that Tuesday’s meeting would continue as planned, but worried that it would be “a little less productive” in light of the new remarks. He upheld Oswald’s and Carey’s versions of events from the initial meeting, saying, “there’s no disagreement about what we heard and how it was to be done.

“For them in this letter to say that it just didn’t happen is beyond me,” Maley said. “I don’t know what we gain by this.”

Maley also upheld his initial perspective that the borough, school, and police would hold a joint forum after the meeting to inform the public about the proceedings, “and just talk.

“It’s over going forward, but it’s certainly worthwhile that we figure out what happened, do a post-mortem on it,” the mayor said.

Maley did agree that the CCPO did not have the authority to alter the terms of the MoA, a statewide document negotiated between the Office of the Attorney General and the state Department of Education. In hindsight, he said, the schools should have insisted on a written change in policy before enforcing the orders.

“We didn’t screw up in what we heard; what we screwed up is in following it,” Maley said. “The MoA is a written directive; we should have said, ‘We’re not doing anything until you put this in writing.’ What they clearly told us was that it was going to be interpreted differently, and that it was to be applied differently.

“I can accept that that wasn’t what they meant to convey, but those were the words: ‘this is going to be the enforcement,’” he said.

Maley said that he’d believed that the change in policy “was going to be a work in progress, and there would be a little bit of back-and-forth,” but in practice, things didn’t go that way.

He added that parents should take comfort in the fact that “the concern before has been resolved,” and that “going forward at school, the old rules are in place: police get called for crimes, and school authorities have jurisdiction for everything else.”

Collingswood Board of Education (BOE) Member Tim Farrow said he was “beyond disgusted with the political spin” surrounding the version of events put forth by the CCPO, and joined Maley and Oswald in describing the directive of enforcement as “a drastic change”  at that meeting. Farrow described the board as having been caught in a delicate balancing act, not wanting to jeopardize talks with the prosecutor’s office about the policy while also working to defend the school staff and students.

“We have a twofold duty: one of them is to protect our administrators and teachers if they are acting properly according to the law and in the best interest of our kids,” he said. “At the same time, that is something that we’re doing ultimately to protect the kids. Those two goals should never be in conflict with one another.”

In hindsight, Farrow said he “would have been more than happy” to have notified parents about the policy shift, but added, “it wasn’t like we were just sitting on this.”

“You don’t negotiate in public,” said Collingswood BOE President David Routzahn. “From the second we heard about this, we immediately started pushing back. It was something we were trying to resolve, and in the face of trying not to step on their toes, that was the reason there wasn’t anything from the district.”

Routzahn added that BOE members “either had or have children in the district” who are affected by its policies as well.

Routzahn said he is still hoping that talks with the CCPO will bear fruit, but was similarly frustrated by the perspective Colallilo took in her letter.

“There appears to be one entity in all this whose story constantly changes, and I can tell you that the school district’s story has not changed one iota from the beginning,” he said. “[The CCPO] wants to continue to portray everybody but themselves as responsible for this mess. I absolutely will not stop fighting for our administrators and our staff because they certainly deserve better than what they’re getting right now.”