Representatives from two of the lowest-paid and most predominantly female unions in the employ of the county government say that lengthy negotiations have stalled. 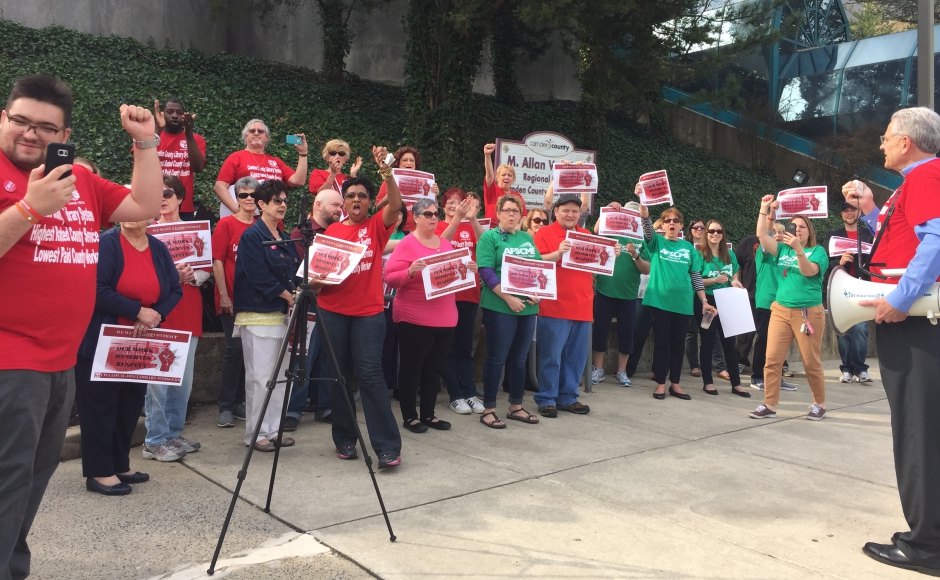 After months of working under expired contracts, workers in the Camden County library system are looking for new deals.

AFSCME 1454 President Julie Tozer, who is also the Branch Manager for the Nilsa I. Cruz-Perez Downtown Branch of the Camden County Library System, said the 47 librarians in her union have been working under a contract that expired in December 2015, and which took almost six years to broker.

Negotiations opened in late December 2015 and continued into January and March 2016 before the two sides declared an impasse, Tozer said. Two more meetings with a state mediator also ended “really far apart,” and talks have since stalled, she said.

“We think it’s gone on beyond a regular negotiation at this point,” Tozer said.

“We’re all here because we’re passionate about what libraries do for the community, but they are not willing to pay us a fair wage,” she said.

In 2015, it was ranked the sixth-busiest of 298 libraries in the state and fifth-busiest among the 14 county library systems, according to a June 2016 report from NJ Spotlight.

But the salaries of its professionals and support staff fall far behind the minimum salary recommendations put forth by the New Jersey Library Association (NJLA) in 2016.

Pallante said her union is the lowest-paid in the Camden County government, with the starting salary for a library page ($8.92 per hour) coming in at less than the $10 hourly rate of a Wawa cashier. Comparatively, she said, no other unionized county job starts at less than $17 an hour.

Three-quarters of her members are part-timers, and 65 percent of them make less than $15 an hour—far less than the $26 hourly wage the National Low Income Housing Coalition said it takes to afford a two-bedroom apartment in New Jersey in 2016.

“I’ve had employees that have lost their houses because they can’t pay their mortgages on the salaries they’re paid,” Pallante said. “The main push this negotiation was to bring our bottom people up to $15 an hour.”

The highest-earning positions on the CWA 1014 pay scale aren’t even available because the county isn’t hiring them, she said. 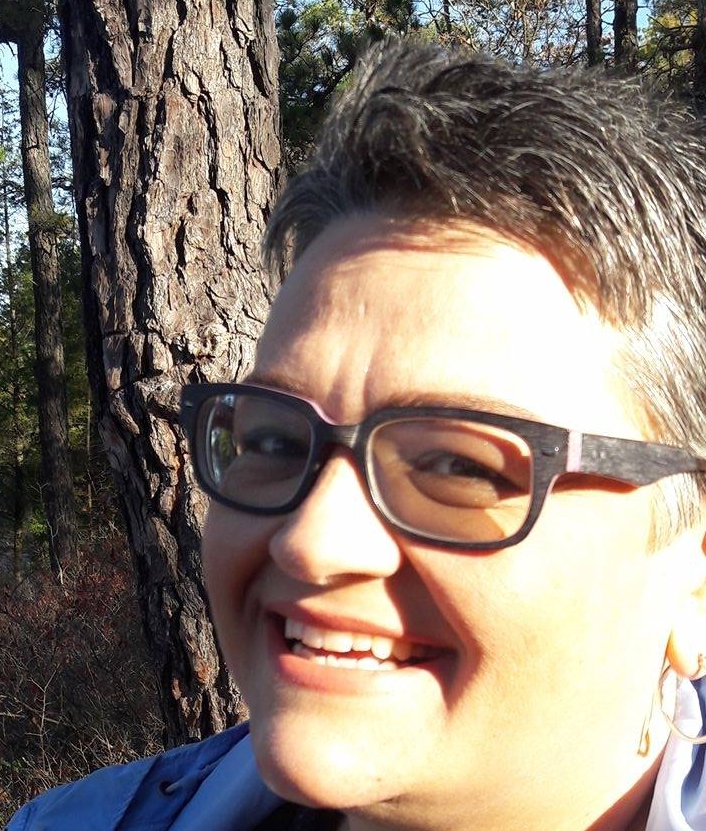 “When jobs come open, they make them part-time and they cut the hours,” Pallante said.

“There’s nowhere to move up because they cut the higher-level positions. They change job descriptions, and we’ve got a lot of people working out of title.”

Tozer said the librarians she represents, who are all master’s-degreed professionals, many with supervisory and budgetary responsibilities, start at $22.99 per hour, a rate of pay that hasn’t budged since 2008.

They’re seeking a a 2.25-percent to 2.5-percent annual increase, which Tozer said is on par with the raises other Camden County unions have received in recent negotiations.

“Some of our branches are open 67 hours a week,” Tozer said. “If we didn’t show up to work, none of these buildings would run, and the public would not be served.

“No one becomes a librarian expecting to make tons of money,” she said. “But the other kinds of compensation that could make up for that are being chipped away as well.

Tozer and Pallante both said it’s hard to not feel that their memberships, which are overwhelmingly female, are facing gender-based wage discrimination. Only two of the AFSCME 1454 members are male, and CWA 1014 is 76-percent female. No other county union has a more than 49-percent female makeup, Tozer said. 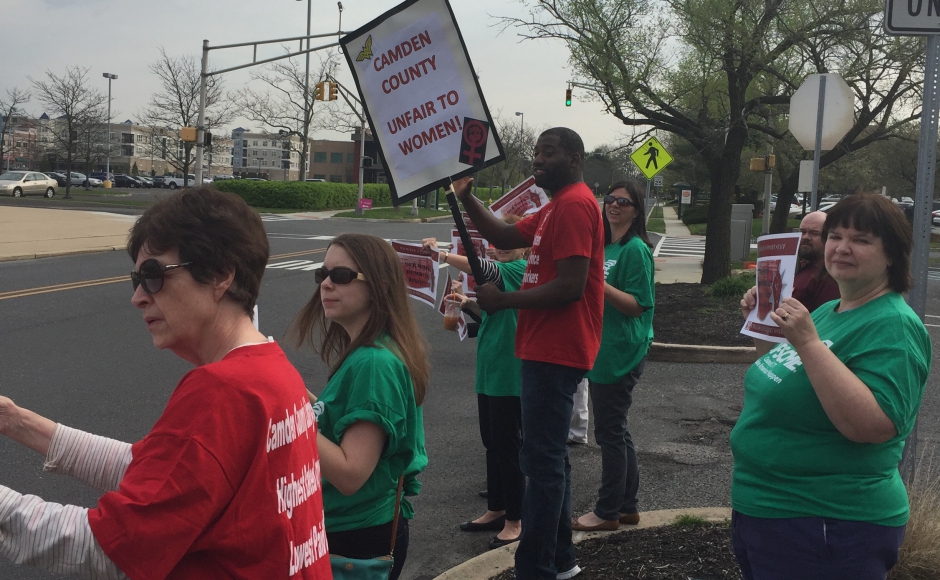 Workers in the two library unions say they are both predominantly female in their membership and among the lowest-paid county workers. Credit: Julie Tozer.

“There are titles in other units with far lower percentages of women and with lower required qualifications—and, we imagine, lower levels of responsibilities—who are making close to or more than our entry-level salaries,” she said.

“We’re not questioning the value of their work,” Tozer said.

“We would like to receive equal compensation for the work we’re doing or compensation that recognizes the higher levels of qualifications we have.”

“We are about 76-percent female right now, and we are the lowest-paid union in Camden County,” she said.

Tozer and Pallante both said that even a successful contract negotiation must be timed appropriately. One union’s contract agreement is often used as leverage against the other during negotiations, putting additional pressure on the holdouts.

“Our CWA colleagues were told in their most recent negotiation session by the [library] director that she could not pay them more because that would mean she would have to pay the librarians more,” Tozer said.

“We’re all here because we’re passionate about what libraries do for the community, but they are not willing to pay us a fair wage,” she said.

“The county will continue to negotiate in good faith with the collective bargaining unit and not through the media. Nevertheless, the salaries and the contract that is being offered to both units is equal to or in certain cases provides better pay than surrounding county library contracts. Comparing apples to apples is the ultimate barometer in fairness, not other agencies with individuals that work in other fields. That said, we are continuing our dialogue and looking forward to resolving the outstanding contracts.”