The free app can be used for reporting non-emergency situations to the department. 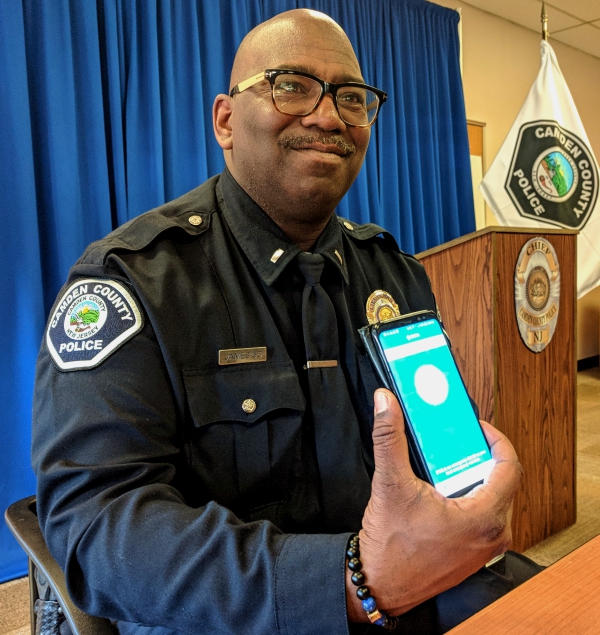 Now the department is testing another mechanism by which to communicate with them: a free app called STOPit.

“We’ll go with anything and everything that enables us to communicate [with residents].”

The STOPit app is free to download (use the access code CAMDENNJ), and is available for both Apple and Android devices. Anyone can use it to report non-emergency concerns directly to the department. There’s an in-app chat for officers to have conversations with the user, and a file attachment function for sending photos or videos. 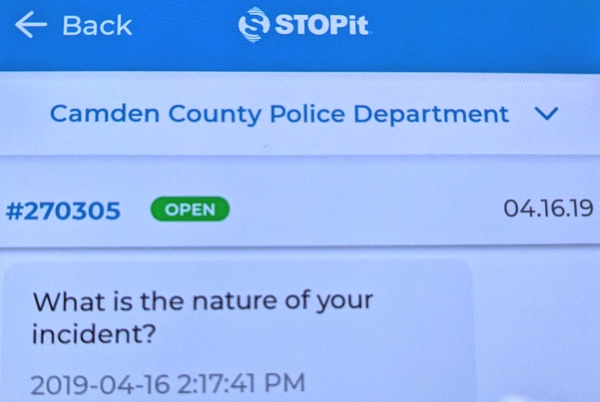 James also stressed that STOPit is not a substitute for 9-1-1 calls in an emergency situation, but might be useful for slower-developing circumstances like illegal dumping, drug trade, prostitution, or nuisance crimes.

It’s also useful for following up on investigations where the police are soliciting help from the community.

“We’re not asking anyone to put themselves in harm’s way to give us information,” James said.

Officers will filter through the tips they receive, and assign detectives to investigate as needed, James said. STOPit can generate case numbers for the department to manage internally, which, if they yield criminal investigations, would be managed throughout the regular department workflow. 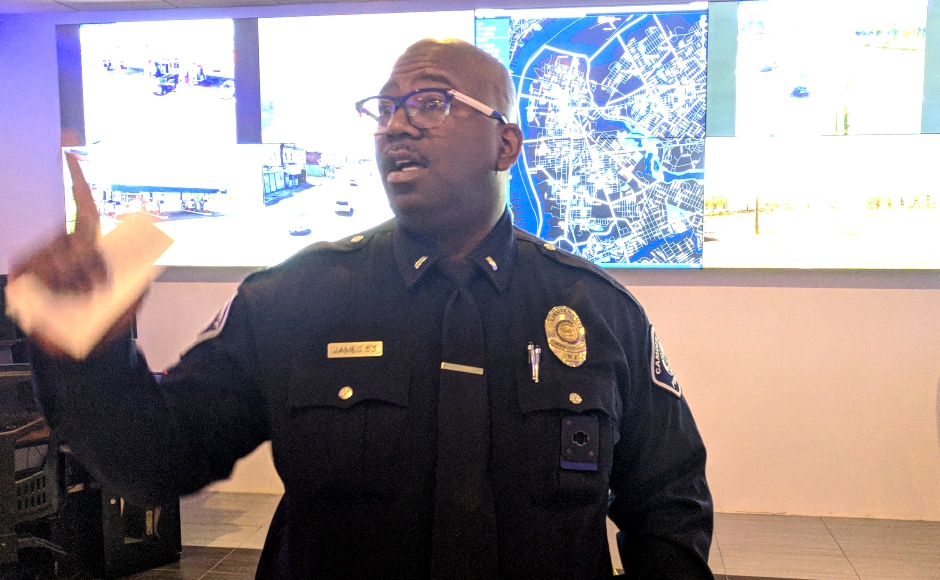 “Any tip has to be corroborated before any police action is done,” James said.

“We take all of our tips very seriously.

“We’ll take notice if it’s been used to harass or annoy.”

For residents who believe “that there’s strength in anonymity,” James said STOPit could help overcome “that stigma of talking to police.

“We derive our power from the community,” James said. “And that makes a bigger difference. The community will give you the chance on small things, and build up to the larger things.”

So far, the only other law enforcement agency in New Jersey to use STOPit is the Somerset County Prosecutor’s Office; if it finds success in Camden, other agencies might follow suit.