The business is the second in the Ellisburg Shopping Center to suffer a small fire in a month. No one was injured. 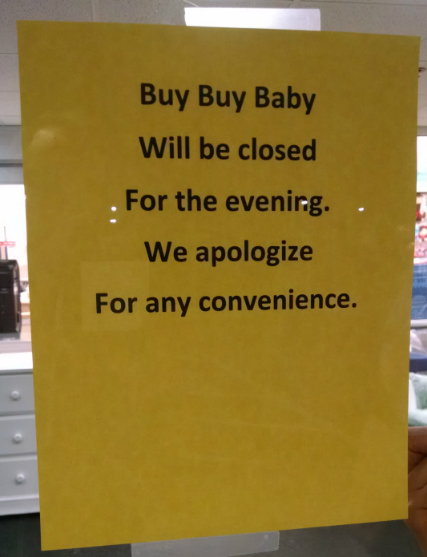 A vacuum cleaner fire in the second floor of the Cherry Hill Buy Buy Baby closed the business early Monday evening as the Cherry Hill Fire Department (CHFD) was called to the scene.

No injuries were reported, and no other stores were affected by the incident, DeLucca said.

The scene was cleared by 8 p.m.; by 8:20 p.m., managers were taping signs to the front windows of the store and turning guests away.

The building fire is the second in the Ellisburg Shopping Center within a month. On October 14, the neighboring Whole Foods was briefly shuttered after an incident in its kitchen.