The $15-million structure is believed to be only the second combined police and fire building in New Jersey. Its completion clears the way for further redevelopment in the borough downtown corridor. 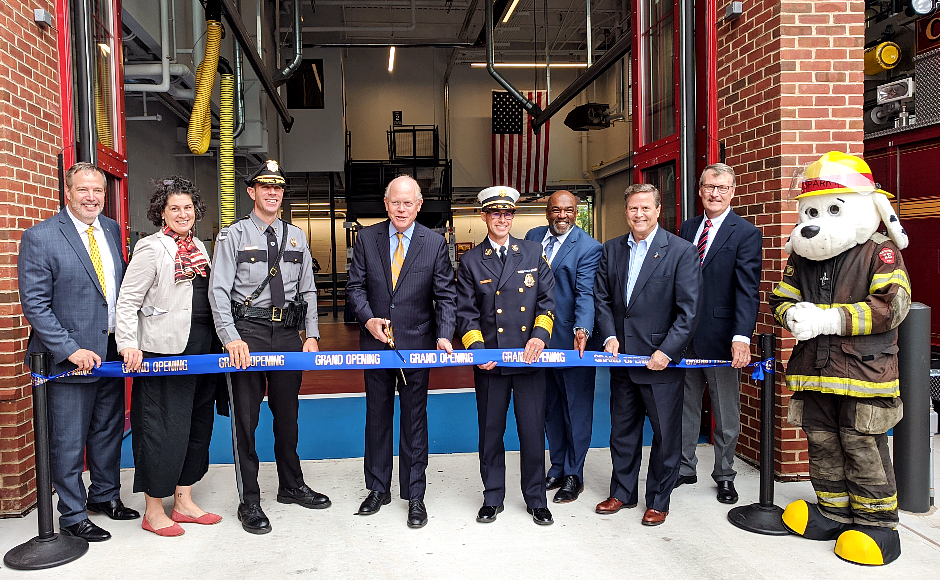 To kick off the grand opening of their new safety building Saturday afternoon, Collingswood officials led a procession of police officers and firefighter/EMTs down Haddon Avenue, marching behind a lone bagpiper from the Camden County Emerald Society.

“As people were watching us, they started walking with us,” said Collingswood Mayor Jim Maley from the podium outside the new facility.

“Everyone marched together, not as different departments, but as the family of Collingswood,” Maley said.

The new, $15-million building, which will jointly house the borough police and fire departments, represents “an investment in our public safety,” the mayor said, with modern efficiencies wrapped in an architectural package that “looks like it’s always been here.”

“Finally, they will have facilities that equal the measure of their service,” Maley said.

Saturday’s grand opening reflects the culmination of four years’ worth of plans to overhaul the deteriorating police and fire stations in the borough, both of which had been retrofitted and repaired in the century since they were constructed.

Ground broke on the project in January 2020, and construction of the new facility was completed in the late summer of 2021. The joint command station for both first responder groups is only the second such combined building in New Jersey, behind that of Madison, in Morris County. 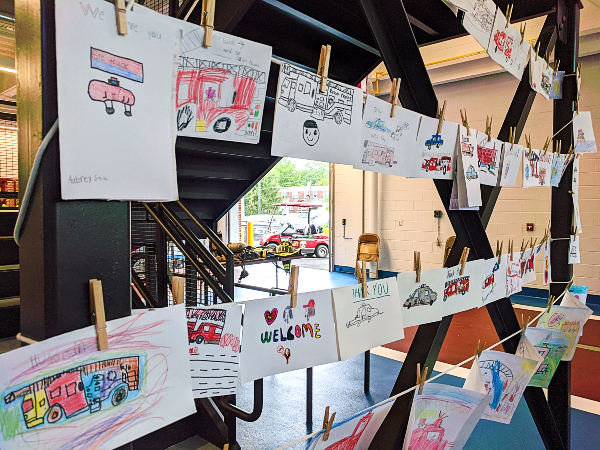 “It is through the leadership of our chiefs that this is possible,” Maley said, crediting Collingswood Police Chief Kevin Carey and Collingswood Fire Chief Keith Davis with doing the legwork that went into creating the purpose-built structure.

“This building is going to house our police and fire, but it belongs to the community,” Collingswood Commissioner Rob Lewandowski said.

“We made these investments today, but really this will serve generations,” Lewandowski said.

“There will be children of children that benefit from this public safety building.”

Children were among the first to welcome the police and fire crews into their new home as well; Garfield Elementary School students sent handmade welcome cards to the first responders, which were prominently on display in the engine bays.

Touches like those were among several details included in the construction of the new facility that alluded to the place the 126-year-old borough fire department holds in the hearts of the Collingswood community, Davis said.

The new public safety building includes a bell tower, which also had been a prominent component of the original Collingswood fire house, Davis said. In it lies a church bell donated from Collingswood First United Methodist Church, which was destroyed by fire in 1932. 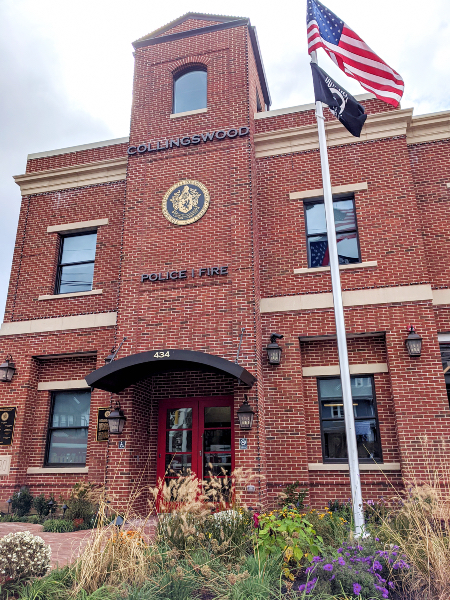 The bell had sat in the basement of the church after its reconstruction, and is now on permanent loan to the fire department, “a bridge between old and new in Collingwood,” a commemorative plaque on the building reads.

In the process of developing plans for the new structure, department officials toured other stations, studied best practices in design, and contemplated the current and future needs of the departments “because we probably won’t get to do a new building for another 100 years,” Davis said.

In his remarks, the fire chief also laid out the overwhelming concerns with the historic Collingswood Fire Station that underpinned construction of the new building.

Situated on Collings Avenue in a building with no onsite parking and which was difficult to access by the public, department responses could be delayed by traffic.

Upon returning, firefighters struggled with the “unhealthy layout of the building,” which, with only one shower, offered “no opportunity for decontamination” of smoke-damaged equipment, Davis said.

By contrast, the new public safety building has gender-neutral facilities, sustainable energy efficiencies, and supports integrated training and collaboration between both lines of service, he said.

Collingswood Police Chief Kevin Carey described the new public safety building as “a symbol of the commitment the mayor and commissioners have to the police and fire departments in town, and a commitment to keeping our residents safe.”

Carey also credited the borough staffers with helping move their around-the-clock operations between the old and new facilities “without any impact on our services,” which he described as “a monumental task.”

“We are thrilled to be here, and humbled by the support of you and our community at large,” Carey said. 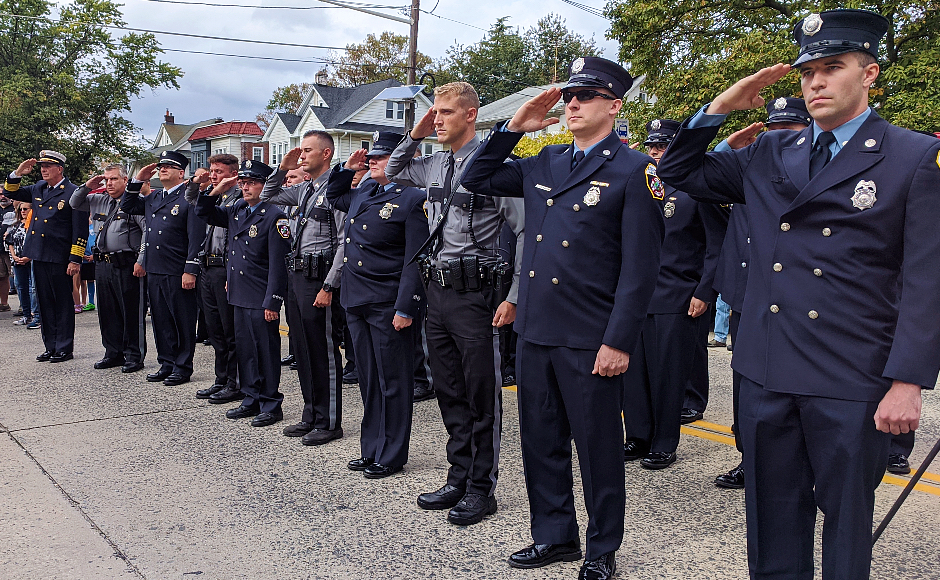 Camden County Commissioner John Young said he believes the combined services model in Collingswood “is what good government looks like.

“It’s going to be the wave of the future.”

Construction of the new facility also opens up the potential for future redevelopment projects in the heart of the downtown commercial corridor of Collingswood.

The former police station is slated for demolition; the former fire station is in talks to sell to a microbrewery. No timeline has yet been established for either.