As Cherry Hill becomes the latest Camden County police department to add officer-worn body cameras, fewer questions are asked about the need for them than about the policies around their implementation. 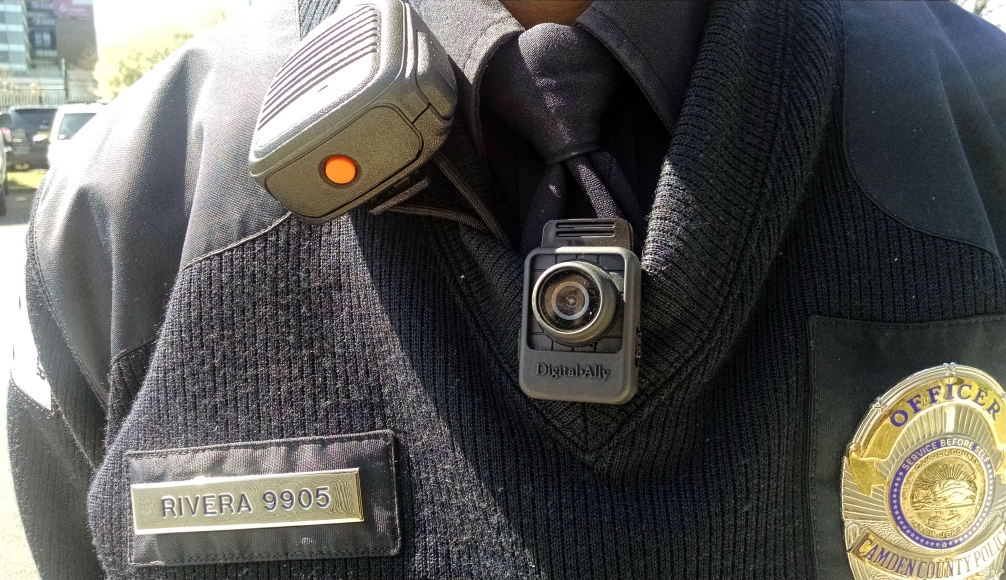 When the Camden County Police Department (CCPD) rolled out its officer body-worn camera program this spring, it did so under a provisional policy that was later strengthened with local input.

Some 300 Camden residents contributed to an online survey about the decision, as did community groups and police officers, in a report prepared by the NYU School of Law Policing Project.

CCPD wasn’t the first police department in Camden County to embrace body cameras, but it was the first local department to solicit stakeholder feedback before going live with them. The move was in keeping with the community policing philosophy of CCPD Chief J. Scott Thomson, but Policing Project director Barry Friedman said the approach reflects even a deeper commitment to community involvement than that.

“Community policing is about the notion that police officers in their day-to-day routine ought to be in touch with and familiar with communities,” Friedman said. “Consulting the community and the public about what policies should be, not just the day-to-day interaction, is a step beyond community policing.

“I think every department in every community should be doing this,” he said. “It’s not beyond anybody’s means, and it’s an essential democratic step.” 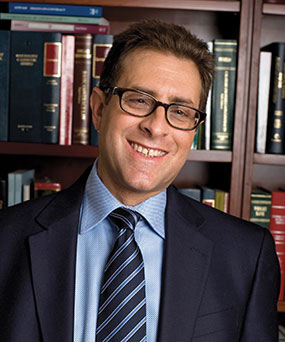 As a result of that community input, the CCPD body camera policy was clarified to add accountability as one of its goals.

The report also drove policy revisions mandating that officers record all calls for service, notify the public whenever their cameras are recording, and activate them whenever approaching someone “for a law-enforcement-related purpose.”

Other changes inspired by the study restricted police recording of protected First Amendment behaviors, and required the CCPD to retain a recording of an encounter if the subject requests it.

“You could actually see the huge value that you get out of community engagement on policy questions,” Friedman said.

“It makes a big difference for legitimacy and trust.”

Even with the benefit of policy input, Friedman said there’s still not much of an industry data trail about the use of body-worn cameras. Despite their growing popularity, the technology hasn’t been in use long enough to provide a great historical view. Other than a general sense that people modify their behavior when filmed, the fullness of the social impact they may yet have remains to be seen.

“You’d think with all the talk about body cameras, we’d know all of this better,” Friedman said. “People have aspirations for them that are all quite noble, and they are one way to address some of the problems we’ve seen. They’re not a panacea, and they actually could have problems associated with them, in any event.” 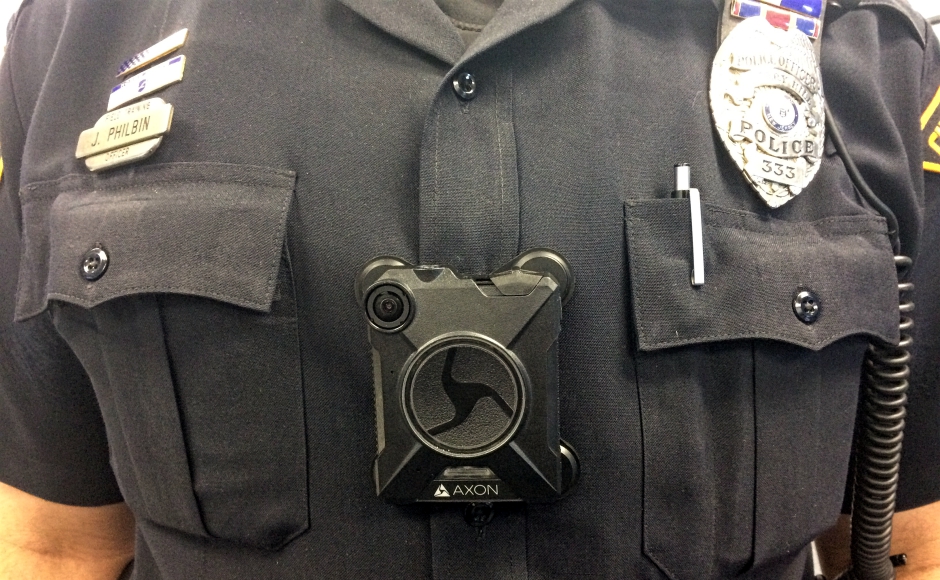 Privacy is always a principal concern when any data is collected by an agent of the state, but under New Jersey law, Friedman said the majority of police body-worn camera footage never sees the light of day.

Nonetheless, he said, “people are right to be concerned about their privacy and their privacy vis-à-vis the government, and that’s the reason why what Camden has done is admirable.

“A lot of what has happened with government surveillance has been to just do things without asking,” Freidman said. “When the state is engaging in conduct that affects our privacy or our sense of security or well-being, it’s important to have the conversation.”

One of the concerns that falls into the category of unintended consequences is whether the presence of body cameras interferes with officers’ abilities to cut people a break. Friedman noted that the use of a camera doesn’t mean police can’t still offer individual discretion in many circumstances.

“The camera policy doesn’t alter other policy in any way,” Friedman said. “If there’s a traffic encounter where an officer generally issues warnings, they should continue to issue warnings. It’s an interesting question, and I think it’s one that should be studied.”

Since rolling out the cameras, CCPD Captain Albert Handy said the department continues to gather data, but overall, the program “is working out very well.

“Cameras serve to de-escalate certain incidents where it’s apparent to everyone that it’s being recorded, and everyone acts accordingly,” Handy said. “We have seen circumstances where the camera has been useful in either proving or disproving allegations.”

Handy believes more departments will continue to embrace body cameras as an expectation of professionalism.

Within the CCPD, he said the camera is also a useful management tool to make sure that command directives “are transcending the roll calls and the [police]academy.”

Handy also anticipates that technological improvements could expand the scope of what the cameras can do in future applications, strengthening investigation and prosecution efforts.

“There are things that are taking place outside of the view of the camera, but it does give you an unbiased account of what’s captured,” Handy said. “Our criminal cases become stronger.”

In addition to the CCPD, police departments in Pine Hill, Voorhees, and Evesham also have added body-worn cameras, and the Haddon Township and Haddon Heights police departments apparently have explored implementing them as well, although nothing yet has been enacted.

The latest police department in the county to utilize body-worn cameras is Cherry Hill. The township couldn’t be more different from the city of Camden in so many respects, yet the heads of its police forces have both made public input into their body-cam policies a priority. Cherry Hill Police Chief Bud Monaghan, who has endeavored to bring transparency to his department’s hiring and training practices, held a similar community forum on cameras prior to implementing them.

Monaghan said the shift is perhaps more significant for members of the public than for the officers in his department, who have had cameras on the dashboards of their police cruisers for the past 12 years, and are used to being recorded on every stop.

(The in-car camera systems aren’t going away either; with the investment in the technology already made, the chief said the dashcams add redundancy to counteract any possible body-worn camera system failure. Similarly, the body-cam footage is automatically uploaded to cloud storage and is backed up at three locations.)

“We want to get it right,” Monaghan said. “We want to capture the incidents. There’s privacy concerns, but there’s [already] a [cell phone] camera in every room, in every home, school, and business. It’s a logical step that we have our own for everyone involved.” 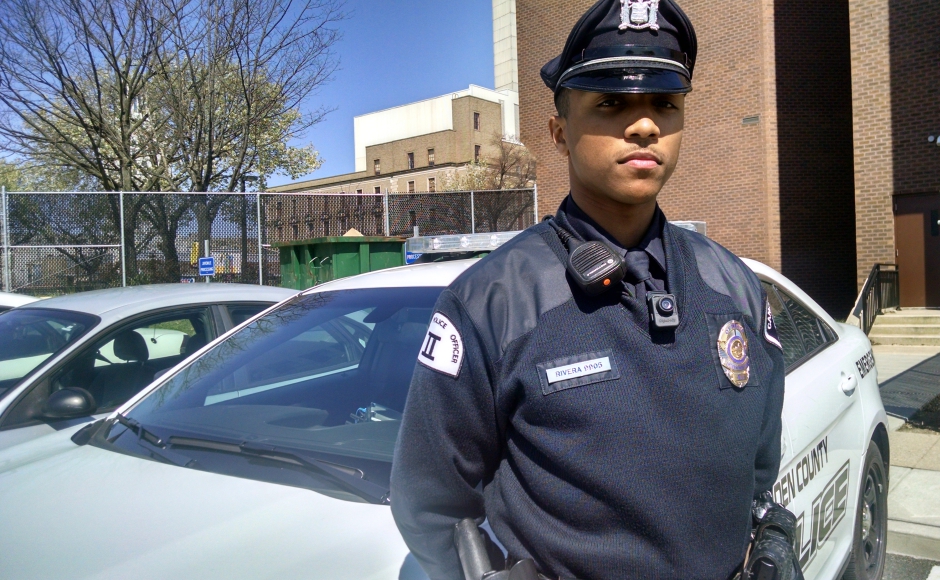 Acknowledging that “everybody gets different when there’s audio and video,” Monaghan said having a video reference during an incident is “as much a protection for my cops as for our citizens and the entire tax base.”

Footage isn’t just to keep track of the facts amid controversies, either; the chief said video review allows supervising officers to shift tactics, commend jobs well done, and to correct behaviors that might otherwise go undetected.

Cherry Hill police will follow generally the New Jersey Attorney General’s guidelines for body-worn cameras, which dictates when and where to turn the cameras off, including inside medical facilities and schools when not on active calls for service, or when an internal affairs complaint is filed. On every other call, the camera is on. His officers have minor discretion to turn it off “in the best interest of investigations,” but must articulate why if they do so, and verbally timestamp the interruption in the video, the chief said.

Likewise, Monaghan said the body cam policy doesn’t supersede the rights of civilians to film police activity in the township. He instructs his officers to not tell people they can’t record police as long as doing so doesn’t interfere with the performance of their jobs.

“It keeps everybody honest,” Monaghan said. “Our videos will always have everything, top to bottom. We want to be transparent and open. We want people to be comfortable when they interact with our officers.”

Typically policies are revisited every two years in the Cherry Hill Police Department, but the body camera policy is set for revision at three-, six-, and 12-month increments, because “we don’t believe the policy is perfect,” Monaghan said.