Trending
You are at:Home»Business»Constellation Collective Joins the Revolution in Collingswood

Meet the three friends who are bringing farmers-market foods to The Factory coffee shop. 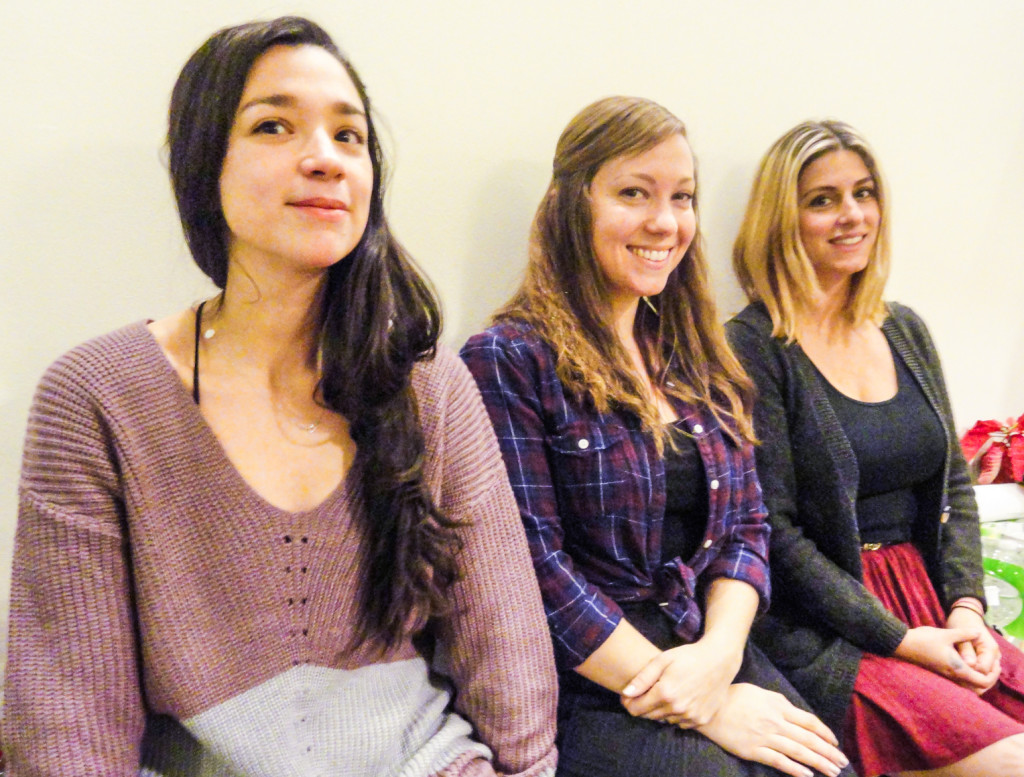 Right about the time Valentina Fortuna finished art school was when she realized, “I’m not going to make much money being a lithographer.”

With few prospects but a love of cooking, the Collingswood native started working for baker Christine McHale of Pie Lady Café in Moorestown, whom she describes as “my mentor, my inspiration, my best friend.”

Under McHale, Fortuna soon discovered she had the same knack for the culinary arts that she did for the fine arts, and returned to school for formal training.

Two years later, the young baker had been made pastry supervisor at the Navy Yard headquarters of Urban Outfitters, which she parlayed into a position as the official pastry chef of Terrain at Styer’s, a farm-to-table restaurant situated in a greenhouse in Glen Mills, PA.

“I did everything with a convection oven,” she said. “I was trained to be a cook, and I’ll forever be a cook.”

The experience was exhilarating, but the commute was grueling, and despite the back-to-basics environment, Fortuna got the urge to strike out on her own. McHale offered off-hours use of her kitchen, and soon Fortuna was turning out hand pies, scones, cookies, and quiches in the hours from 5 p.m. until dawn.

She called her business The Shop Café, and customers at farmers markets in Westmont, Haddon Heights, and Marlton built up Fortuna’s confidence along with her local reputation. By the summer of 2014, she had developed a list of wholesale orders but not her own kitchen in which to fulfill them. 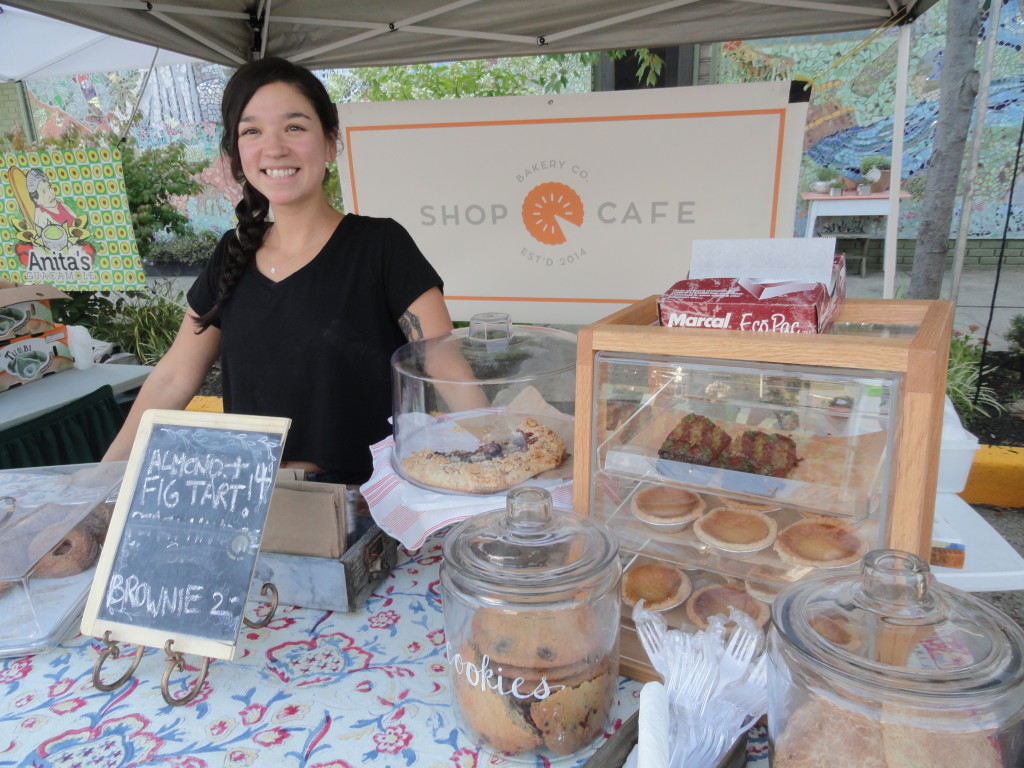 As luck would have it, one of those customers was Revolution Coffee Roasters, whose headquarters at The Factory makerspace in Collingswood had an onsite kitchen in search of a tenant.

“It just kind of all fell into place and it feels like exactly where we belong,” Fortuna said.

Along the way, Fortuna had begun baking for the Farm and Fisherman Tavern and Market, where she met servers Lindsey Ferguson and Maura Rosado, who were growing their own homemade pickling and preserving business, FareWell Foods.

Farm and Fisherman chef-owner Todd Fuller had taken a shine to the pair, and offered them the benefit of experience, some kitchen space to try out their recipes, and a sympathetic ear.

“They do their business the way that we do ours,”  Fuller said. “We hired people who were believers in what we believe in, which was getting back to basics; cooking from your locality.

“Everything we do is reflective of where we are and when we are,” he said. “The girls were already thinking that way when they interviewed, and it made perfect sense.”

When Ferguson and Rosado came to Fuller for advice, he was impressed not only with their passion for the process but also with their earnest attention to honing their technique.

“What makes my job worth doing is the opportunity to kind of teach and talk to people about food, and they were perfect candidates,” he said. “And they weren’t even cooks; they were servers. I look for people like them to cook for me in the kitchen.”

Together, Fortuna, Ferguson, and Rosado knew they were onto something, but their partnership needed a name. They settled on Constellation Collective.

‘A destination for food and creativity’

Fuller said he believes that customers will gravitate to the trio not only for the quality of their products, but because theirs is a story that resonates with people who care as much about food as they do.

“There has to be some sort of identity these days to the product because that’s how people differentiate from the real and the fake,” he said.

“All the big restaurant chains have tried to downsize their personality. The difference when you’re small is that it is real people.

“For us, it’s me and Josh [Lawler] and our wives. It’s pretty streamlined. And for them, that’s the key; for people to buy the pickles and look someone in the face, or to buy the scone, and they say, ‘It was so good,’ and ‘Yeah, I made it.’”

“We want to join in the pioneering of South Jersey becoming a destination for food and creativity,” Fortuna said. “I love the way it feels here,” she said. “I love the community; I love knowing everybody. I love how everybody welcomes new people.”

Situating their fledgling business in The Factory, which has become as much an incubator as a makerspace, can only help connect the trio with the energy of enterprise, Ferguson said.

“Makerspaces and multi-use spaces are absolutely the direction that most creative communities are going in,” she said, adding that the group is excited “to be surrounded by other people who are working with their hands.”

Ferguson said that the group doesn’t subscribe “to any one sort of fare,” but with ingredients from three local farms—Flying Feather, Indian Acres, and Urban Roots—as well as from the Collingswood and Haddon Township community gardens, they will embrace “the joy of working seasonally.”

“The menu is going to be eclectic,” said Rosado.

“We really do have a commitment to the community,” Ferguson said. “Maura’s really involved in the community garden. I’ve worked at the farmers markets.

“We’ve been really lucky that we’ve been welcomed by so many people here, and we just want to return that.”

Constellation Collective is planning a “kitchen-warming” event for March 27, which coincides with the final day of its crowdfunding startup campaign. For more information, or to see the shop first-hand, visit The Factory (13 Fern Avenue in Collingswood).