Trending
You are at:Home»Business»Crystal Lake Thriftway to Close: ‘We Just Couldn’t Make it Happen’

The 15-year Haddon Township grocery announced its plans to shut down its Westmont Plaza location on Sunday, and thanked customers and employees for their loyalty. 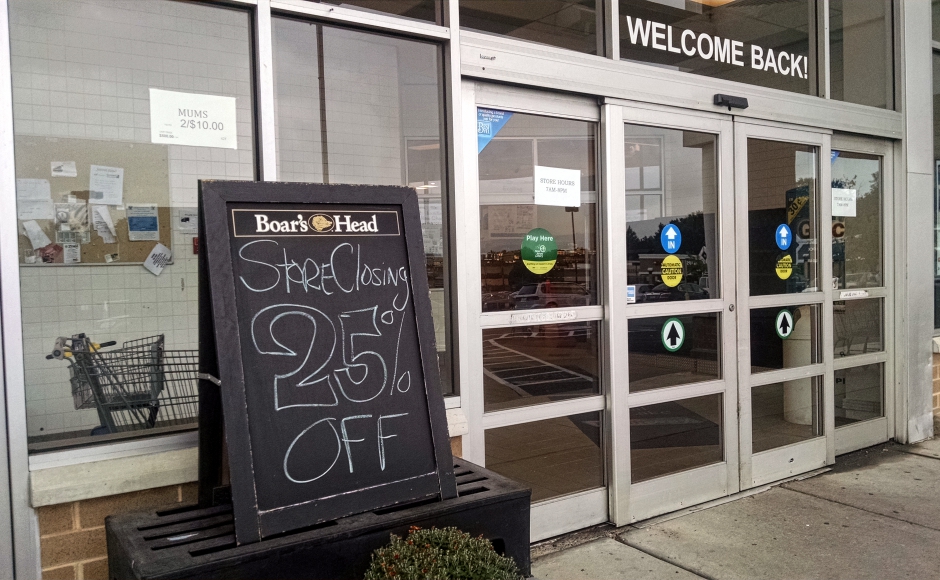 Just three years after relocating from its familiar location on Crystal Lake Avenue to the Westmont Shopping Plaza, Thriftway will be closing.

With its departure, Acme remains the lone supermarket in the township; it is the only grocery in the neighboring communities of Haddonfield and Audubon as well.

Records show that the Thriftway is owned by Raymond McFall, who in 2011 shuttered another Thriftway in Robbinsville, according to NJ.com.

A note on the business’ Facebook page Sunday announced the decision to shut the store.

With deep sadness, I write to inform you that after 15 years, Crystal Lake Thriftway will be closing its door. After months of trying, we just couldn’t make it happen. We want to thank all of our loyal customers that have stuck by us through the good and the bad. We want to thank every one of our employees that have stood with us and have been our family. Currently, they are running specials on the last of the inventory in store. I don’t have a timeline on the final days, but I wanted to take a moment and thank everyone for shopping with us.

At the Westmont Plaza location Monday, a sandwich board sign outside announced a 25-percent discount on remaining goods as a handful of shoppers filtered through.

One customer who works as a private shopper for homebound individuals said she’d noticed the inventory in the market dwindling in recent weeks, and had feared the store might be on its way to closing.

“Ever since they moved here, it seems like it’s been going down,” the customer said. She also wondered whether the market had faced stiffer competition from the Acme supermarket farther down Cuthbert Boulevard, which has been established at that location for years. 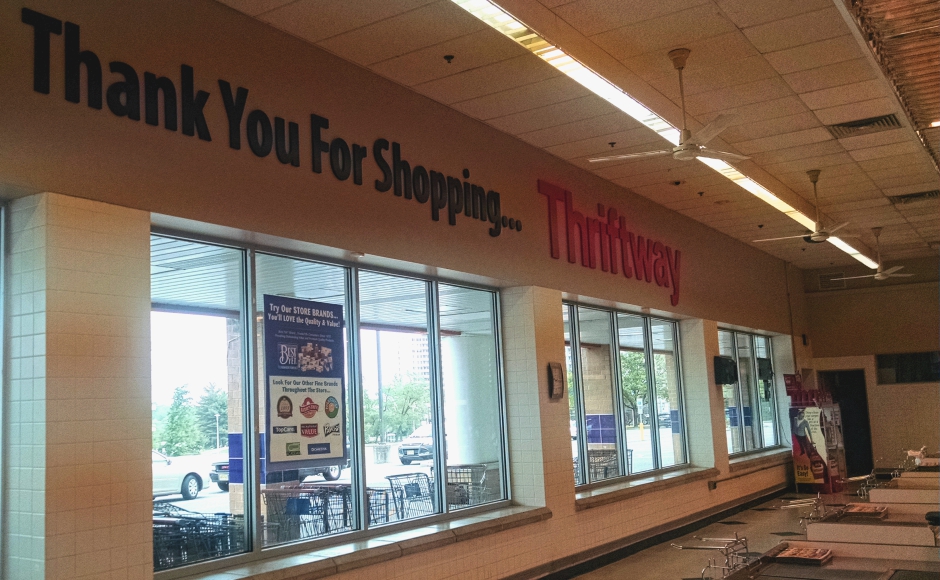 A few aisles over, the Edwards family of Collingswood was filling a cart.

Jessica Edwards said she usually patronizes the Thriftway as a complement to errands at other businesses nearby.

“It’s too bad,” she said. “I was surprised. We have a large community with a lot of families, and we don’t have a grocery store in Collingswood.”

Edwards said she found the location convenient, and believes “it’s an easy setup for another grocery store to come in here.” 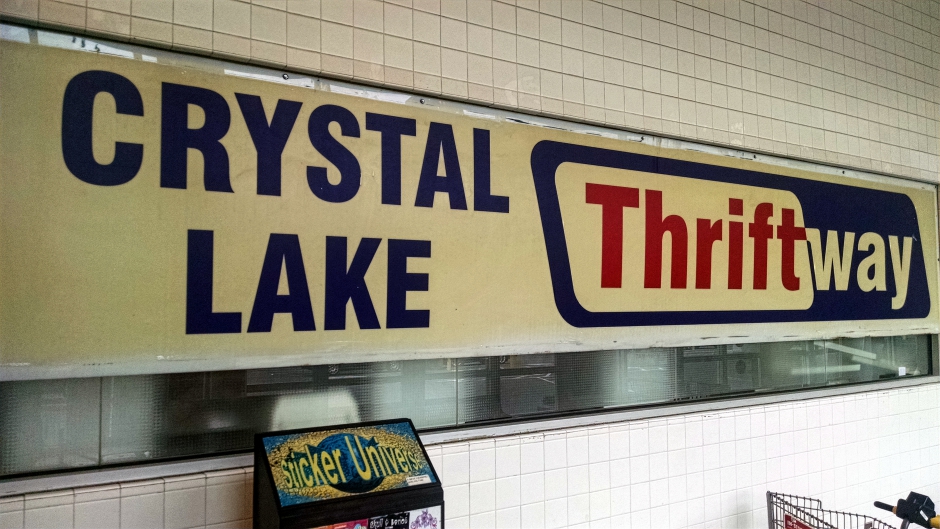 Neither the current nor former Thriftway shopping center location (which remains vacant) is included in the township BID, and Burns has no influence over retail recruitment at the sites.

Although she believes the Westmont Plaza is a viable location for the right business, grocery operations are difficult, with small profit margins on food taken against high operating costs, from energy to real estate to transportation and labor.

Competition not only comes from other supermarkets, but from bulk retailers like BJ’s and Costco, “hard-discount” stores like Aldi, and online vendors, from Amazon to Fresh Direct, and meal-prep businesses like Blue Apron. According to a 2015 report from industry trade publication Progressive Grocer, traditional markets that lose even 10 percent of their business to online sales “erase their aggregate profitability at current footprint.”

Thriftway management did not respond to requests for comment. A spokesperson for Kimco Realty said a statement could be forthcoming later in the week. Stick with NJ Pen for updates.