Trending
You are at:Home»People»Cyclists Mourn Fallen Riders in 2017 Ride of Silence

Demonstrating support for the memories of their fallen friends and to raise awareness of highway safety, a handful of cyclists completed a seven-town ride in 90-degree heat last week. 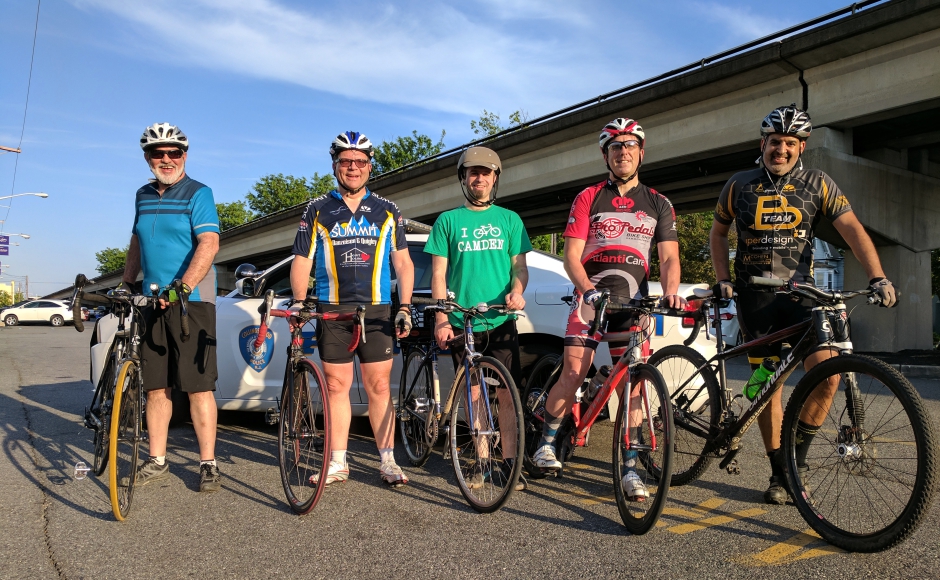 Six cyclists who gathered in Collingswood for the 2017 Ride of Silence. Credit: Matt Skoufalos.

Ninety-degree days aren’t the most conducive to bike riding, but the men pulled up, one by one, as heat radiated off the blacktop behind the Collingswood Senior Community Center.

There weren’t many words exchanged at the muster Wednesday, and there would be even fewer on the seven-mile, five-town Ride of Silence.

Organized by Bike Camden County, an affiliate of the Bicycle Coalition of Philadelphia, the gathering was a vigil to fallen cyclists.

Bike Camden County Chairman and “lead volunteer” Michael Cannon said the event honors those who’ve been killed or injured on the roadways, and serves as a reminder that cyclists are not a niche group of commuters.

“We’re out here on the roadway,” Cannon said. “Please put down your phones.”

Cannon said that for bikes and cars to coexist requires that both cyclists and motorists know what is expected of them in traffic. Bike Camden County encourages riders to use the road “confidently, predictably, [and] safely so we can coexist with the driving public,” he said.

But the Ride of Silence underscores the painful reality that even those who know the rules of the road aren’t immune to its dangers.

Keith Haberern of Collingswood said he’d be thinking of his late friend, Rich Foster, who was killed while cycling. 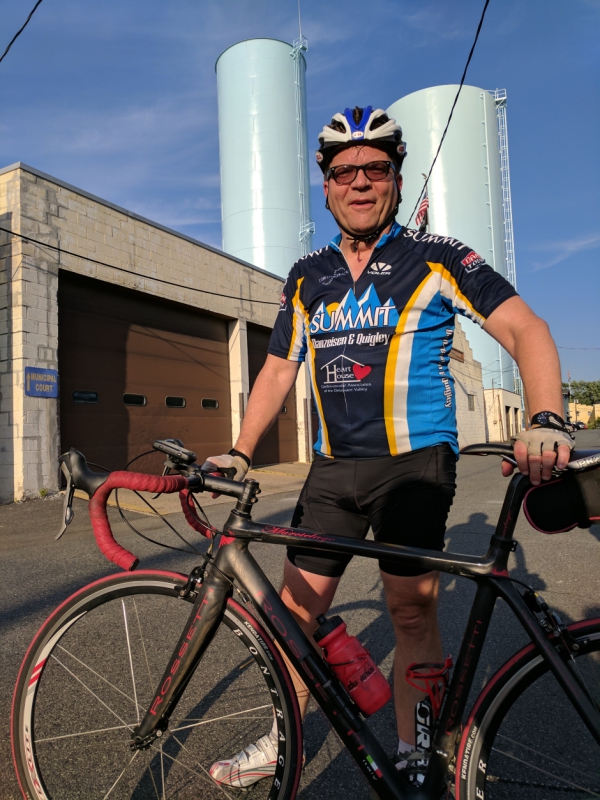 “He was a helluva rider,” Haberern said.

“He raced motocross. He was commuting; some guy fell asleep.”

Haberern said that, in general, South Jersey cyclists feel like their neighbors are considerate of bikes on the road (“We always make a joke that the bad drivers have out-of-state plates,” he said), an attitude he believes is fostered by the local popularity of bicycling in general.

“Everybody has a friend that rides,” Haberern said. “In South Jersey, it’s not a yuppie sport.”

According to data from the New Jersey State Police, four cyclists have died in traffic accidents thus far in 2017: one each in Gloucester and Ocean Counties, and two in Middlesex County.

To date, there have been 10 highway deaths in nine traffic crashes in Camden County in 2017, including a multiple-victim accident on the White Horse Pike in Oaklyn in March.

In Collingswood, the riders received a police escort from Officer Kenneth Jacoby, who himself had just completed the Police Unity Tour, a 300-mile bicycle ride from Deptford to Washington, D.C., honoring fallen law enforcement officers.

“Our cause, much like their cause, is to raise awareness,” Jacoby said. “Cycling has proved to be a very good step.” 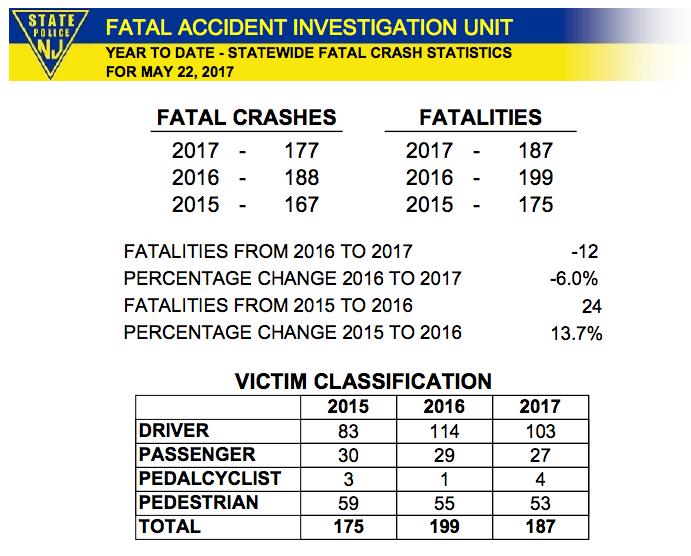 Jacoby agreed that there’s a disconnect among bicyclists and drivers about their mutual responsibilities on the roadways.

He said broader education among the public could help that process, starting with the idea that drivers should recognize that cyclists are vehicles with the same freedom of the road to which their cars are entitled.

Until that catches on, he said municipalities like Collingswood are doing what they can to encourage shared use of the roadways.

Cycling advocate Joseph Russell of Collingswood said the Ride of Silence reinforces the notion that bicyclists don’t have “the protected status of a car” when it comes to liability in highway deaths.

He cited Vision Zero, a traffic safety initiative begun in Sweden, as the blueprint for policy changes that can help improve conditions for bicyclists across the country.

“It’s unfortunate that you have to have events like this,” Russell said; “[mourning]people who died just trying to get around.”