Trending
You are at:Home»Opinion»Drop the Puck»Drop the Puck: Flyers Notch First Home Win in Gostisbehere’s Debut

Continuing their dominance over the visiting Detroit Red Wings, the Philadelphia Flyers rallied to victory against their Eastern Conference rivals for their third victory of the season. 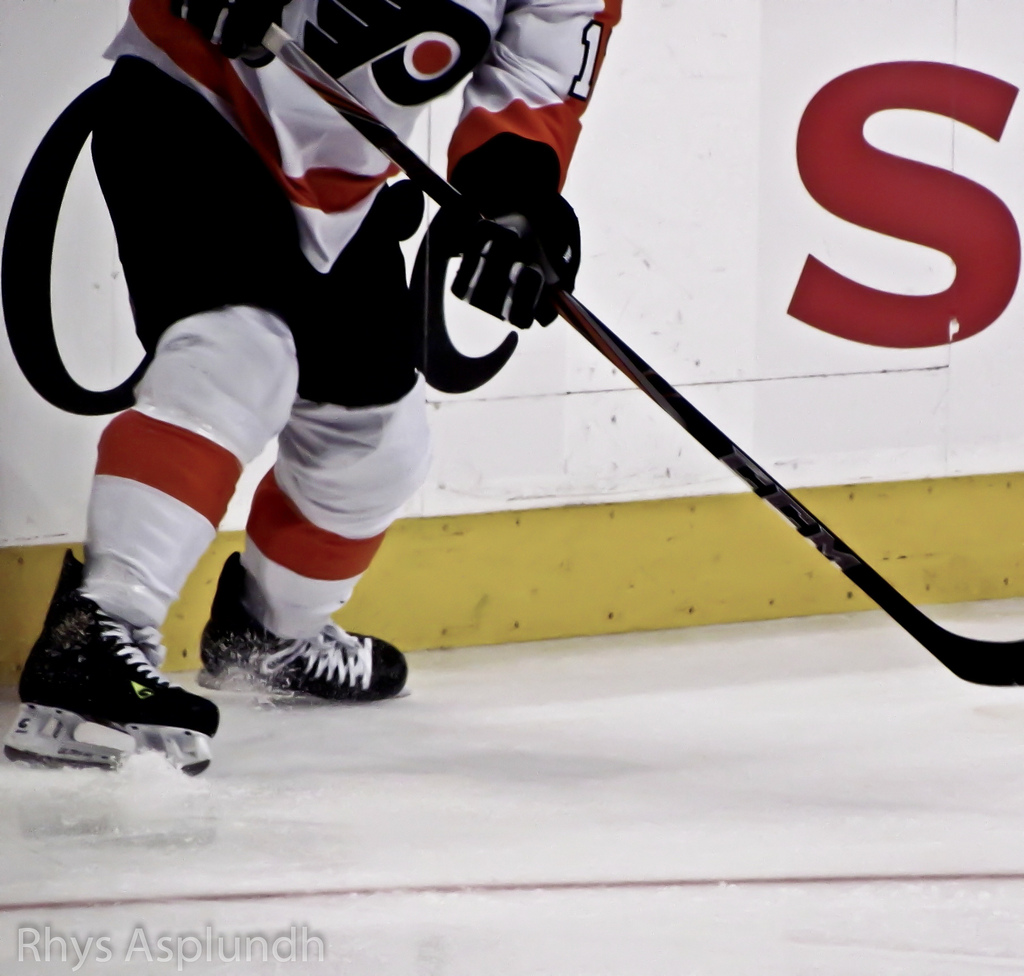 Thanks to a strong third period during which they potted three goals on nine shots, the Philadelphia Flyers defeated the Detroit Red Wings 4-2 on Saturday for their first home victory of the season.

The Flyers survived a game that was lopsided early on: the Red Wings held a 22-5 shot advantage after the first 30 minutes.

Despite outplaying the Flyers in the first two periods, the Red Wings were only able to muster one goal. At 15:33 into the opening period, Riley Sheahan was left alone on the rush when both Mark Streit and Claude Giroux covered the same man.

The defense stepped up again to equalize in the second stanza, as Flyers defenseman Nicklas Grossmann scored his first of the season. Grossmann pinched in to receive a pass from Chris Vandevelde in the corner. At 18:21, his tally was only the Flyers’ third shot of the period.

The goal energized Philadelphia to start the third period, and they were able to take advantage. On an early penalty kill, Pierre Edouard Bellemare ragged the puck for close to 20 seconds, and the squad pushed ahead about 40 seconds latger.

Michael Del Zotto, who has been improving his play every game, started a rush up the ice. At 6:01, with the home crowd at their loudest, Jake Voracek set up Michael Raffl for the go-ahead goal. Raffl got behind the defense and went in all alone on Red Wings goalie Jonas Gustavsson, beating him low to the glove side.

But just 42 seconds following Raffl’s 3rd goal of the season, Flyers call-up Shayne Gostisbehere was caught in the neutral zone and lost his stick. Wingers Matt Read and Blair Jones failed to clear the puck and as a result, Pavel Datsyuk slipped behind the defense, and beat Emery one-on-one.

After going 0 for eight in their last Power Play opportunities, the Flyers’ longest drought of the season, Philadelphia finally cashed in. On their fifth Power Play of the game, Brayden Schenn redirected Voracek’s pass for the eventual game-winner.

Detroit peppered Emery with nine shots in the last eight minutes after Schenn’s goal; however, Ray Emery stood tall, preserving the Flyers 3-2 lead. Raffl put the lid on the game, burying an empty-netter with 31 seconds remaining for his second goal of the night and fourth of the season.

Despite being on the ice for the goal against, Gostisbehere played a decent first game. He made some smart plays, good outlet passes and was always looking to shoot.

The man they call “Ghost” had earned the love of Flyers fans as a standout in the Frozen Four collegiate tournament last winter, scoring three points in the national title game held at the Wells Fargo Center, and leading the Union College Dutchmen to their first championship. His debut was highly anticipated, but the 5′ 11″, 170-pound defenseman was -1 with one shot on goal.

“[Gostisbehere]’s a gifted player,” Ray Emery told CSNPhilly after the game. “I think guys around the room were excited when he got called up because we know what he’s capable of.”

The victory gives Philadelphia its first home win of the season and first back-to-back wins. The Flyers have now won two in a row, three of their last four, and have gained points in five of their last six games.

The Flyers will look for their first three-game winning streak of the season when they host the defending Stanley Cup Champion Los Angeles Kings on Tuesday night.

Josh Kaz writes about the Flyers on dropthepuck.org.